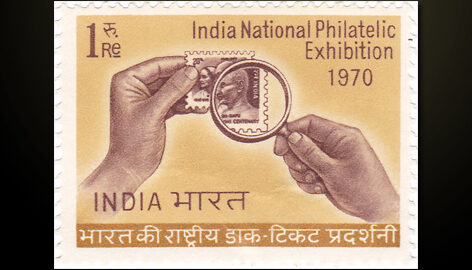 India always had a vast and rich history due to the cultural diversity present in it. This diversity was well reflected in everything, be it clothes, traditions, or languages. In order to capture the tale of this diversity, India has produced many masterpieces; some of them include the stamps of India. These stamps were a way to tell the ancient tale and which is why they also contain some of the very rare and the most valuable postage stamps of India.

The Indian postal history started with the presentation of paper postage in Sindh, India (presently in 1852 which was known as ‘Scinde Dawk’. They were pulled back in October 1854, after the presentation of normal Indian postage stamps. The incredible journey of the postal stamp of India had a major breakthrough with the establishment of the Indian Post Office in the year 1837. The East India Company also played a constructive role in developing the condition of the Indian postal system. The first stamp for pan-India was issued on 1 October 1854. Ever since that Indian stamps collection has only grown in size and has caught the attention of stamp collectors all across the globe. Indian stamps have become one of the most valuable stamps of the world which include both definitive and commemorative stamps. They are also one of the rare world stamps.

Most Valuable Postage Stamps of India

Stamps of India can frequently be met at various stamp auctions all over the world. Interestingly, there are only a few rare stamps issued in this country, which makes them quite valuable. In this blog, you will find information about the most valuable postage stamps or expensive postage stamps of India sold at philatelic auctions during the past years.

Inverted Head 4 Annas Stamp is a unique India Philatelic Rarity and is considered to be one of the first multicolor stamps of the world. This octagonal stamp features strong colors and impressions. The stamp was created in vivid blue and red color in 1854. During the first printing of the four annas stamp, the Queen’s head was accidentally printed upside down on the stamp. The mistake went unnoticed and dozens of the stamps were sold in India. Only about 20 or 30 of the stamps remain in existence today. One of them was auctioned and was sold for £70,000 / $112,268.

1866 Provisional stamp was introduced due to the Post Office Act XIV on May 1, 1866. These improvised stamps were done by taking “Foreign Bill” revenues, cutting off to the top and bottom inscriptions, and overprinting the stamp “Service Postage”. The design consisted of the usual Victoria profile. 1866 2a Violet Official Provisional is thought of as one of the most important Indian stamps. The used example of the 2a with inscriptions intact was sold for $19,000 at the Spink auction that took place in October 2010.

King George V 1R stamp is one of the prominent and valuable postage stamps of India which was issued to honor the emperor of India – King George V. The stamps show the profile of the emperor enclosed in a frame and ornamented with the imaged of elephants and riders. However, this stamp comes with an error and is one of the most valuable postage stamps of British India. The error stamp comes with a mistake where the portrait of the king is omitted. The stamp was sold for 21000 Euros or 25088 USD. 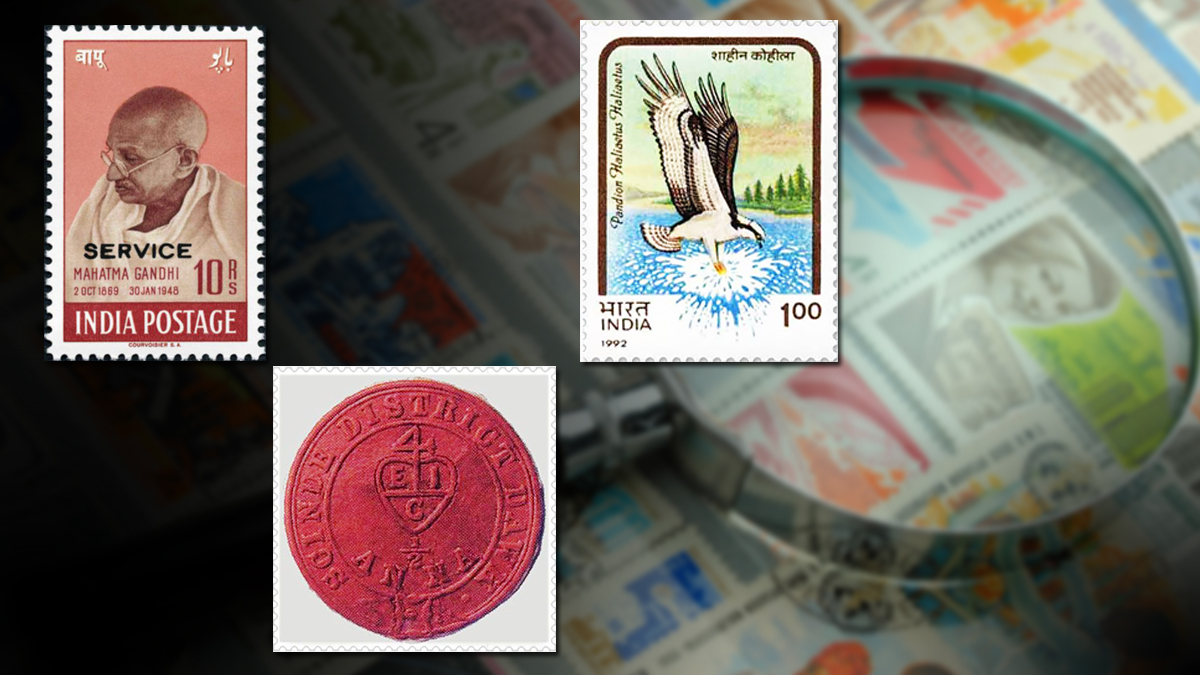 Most Valuable Postage Stamps of India

India issued its first-ever postage stamp in 1852. India, thus, became the 1st country in Asia to issue a Postage Stamp. The stamp was issued in a remote province of Scinde and was known as the Scinde Dawks stamps. The shape of the embossed Scinde Dawk is circular. The stamps bear a heart shape in the middle, seen with three divisions. Each division has letters EIC (East India Company) in the center, figure 4 is seen above the heart. At the bottom, the top is written with 1/2 anna. The entire design is within a border. The circular belt contains the inscriptions ‘Scinde District Dawk’.

The Scinde Dawks come in three different colors: vermilion red, white and dark blue. The Scinde Dawks were first issued embossed on brittle vermilion wafers which were formerly used to seal letters as is the practice even today. The red Scinde Dawks were found too brittle for postage use so a new type was introduced, which was slightly thicker. However, the new stamps with no color were found unsuitable for postal use. The new and final set was issued which was in deep blue color. But they also come in different shades of blue.

The most expensive lot that was sold in 2017 was a rare strip of four 1948. The original plan was to issue a set of 4 stamps depicting Mahatma Gandhi in January 1948. However, before the stamps were issued, Gandhi was assassinated. The Indian Government decided to print these stamps as a memorial. Four sets of stamps with denominations 1.5 annas, 3.5 annas, 12 annas, and 10 rupees were issued. Among them, only 100 Mahatma Gandhi 10 Rs. stamps were overprinted with “Service”. Indian Mahatma Gandhi Stamps realized a record-breaking price of half a million pounds i.e. USD 668,510. This is the highest-paid Indian Stamp ever.

A1992 stamp belonging to the ‘birds of prey series is a quite spectacular realization for a modern error. The Rs2 stamp was misprinted with a Re1 denomination. Moreover, the stamp got the Hindi name of the bird incorrect. Besides its Latin name, the stamp labeled the bird as ‘Shahin Kohila’, which is the Hindi name for a falcon. The Osprey’s Hindi name is ‘macchlimar’.

Stamps from this 1992 Osprey series have shown up at multiple auctions with color errors too, where the blue color of the sky in the background had spread onto the bird’s wings. The flawed stamps were made part-of-year packs, and when the error was detected, they were withdrawn immediately. The value error is extremely rare, as only four such stamps are known to exist. The catalog price of this stamp was just £1,000. However, it was sold for £16,172 at Stanley Gibbons’ 15 June 2011 sale in London.

Appreciated for the incredible art found on them as well as their historical value, philately is a hobby which will never go out of style. One major issue of collecting stamps, however, is keeping your collection in the best possible condition. World-class philatelic supplies like stamp stock books, stamp binders, stamp stock pages keep the stamps good as new. Another word of advice buying full stamp sheets and miniature sheets instead of loose stamps will make the stamps the most valuable postages stamps.