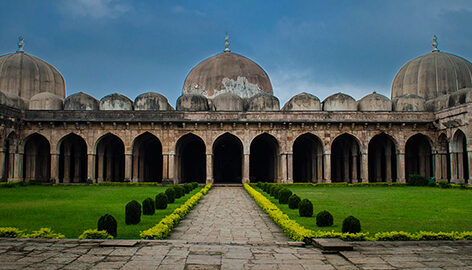 Malwa Sultanate was an Independent kingdom established by Dilawar Khan in 1392 CE during the late medieval period in India. Rulers of this sultanate were of Afghan origin and ruled parts of present Madhya Pradesh and south-eastern Rajasthan between 1392 CE and 1562 CE. Today we will discuss the history of Malwa Sultanate and Malwa Sultanate Coinage.

The Malwa Sultanate coinages are similar to the other Islamic coins featuring no bust or other pictorial representations; they are designed purely with the script issued during the medieval period in India. Coins issued by this Islamic dynasty during the medieval period coins in India are of different varieties and are very interesting for collection purposes. One can buy Indian coins and ancient Indian coins from our website.

Malwa Sultanate; was established by Dilawar Khan in 1392. He started his career working as a Governor of Malwa for the Delhi Sultanate. He asserted his independence in 1392 CE but did not assume it till 1401 CE. Initially, Dhar was the capital of this new kingdom, but later shifted to Mandu; and renamed Shadiabad (The city of joy).

Rulers of Malwa Sultanate and their Coins 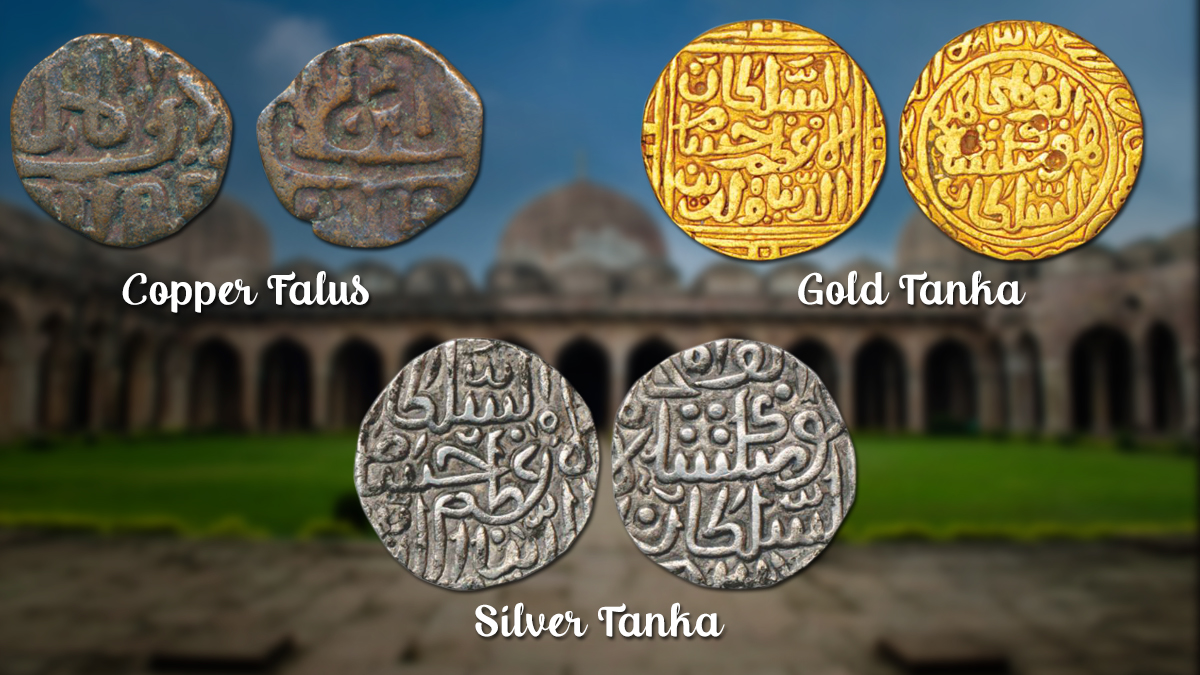 The Malwa Sultanate coins issued by him in gold and silver bear the Shahada on the obverse side of the coin and the legend ‘Al-Sultan Al-Azam Hisam Al-Dunya Wa’l Din Abul Mujahid Hushangshah Al-Sultan’.

The copper coins issued by him bear the legend ‘Hushang Shah Al-Sultan’, on the obverse and the ‘Dar-Al-Mulk Shadianad’ on the reverse side.

2b) Taj-ud-Din Muhammad Shah I 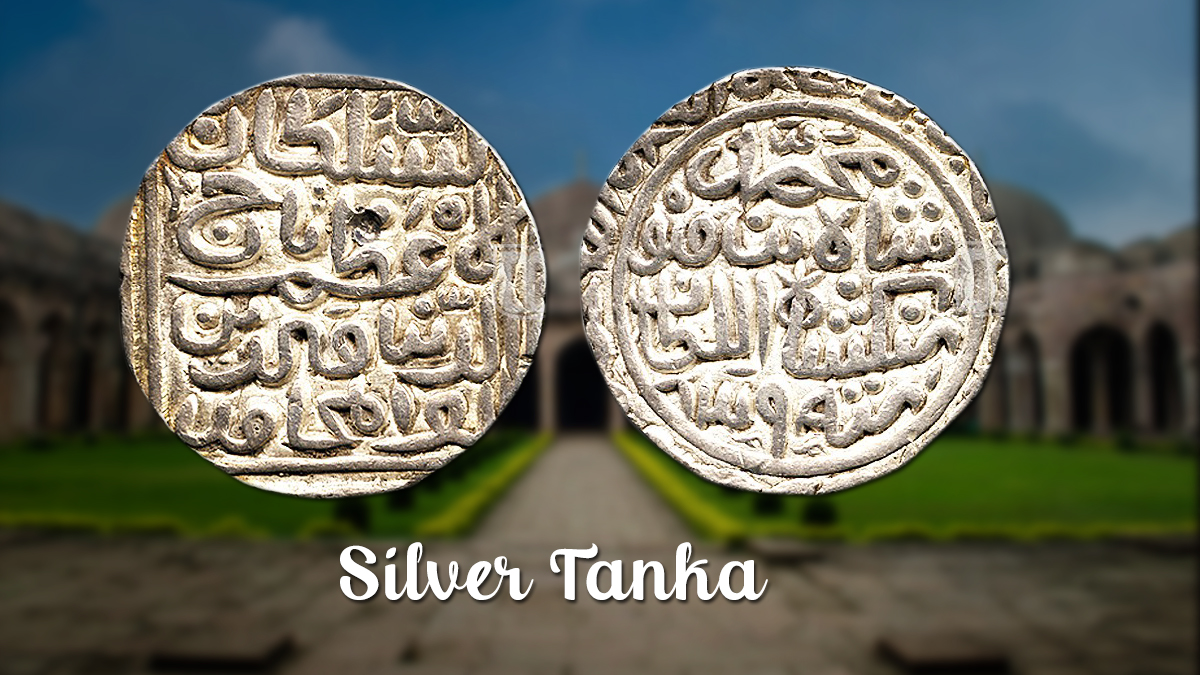 2c) Ala Al-Din Mahmud Shah I 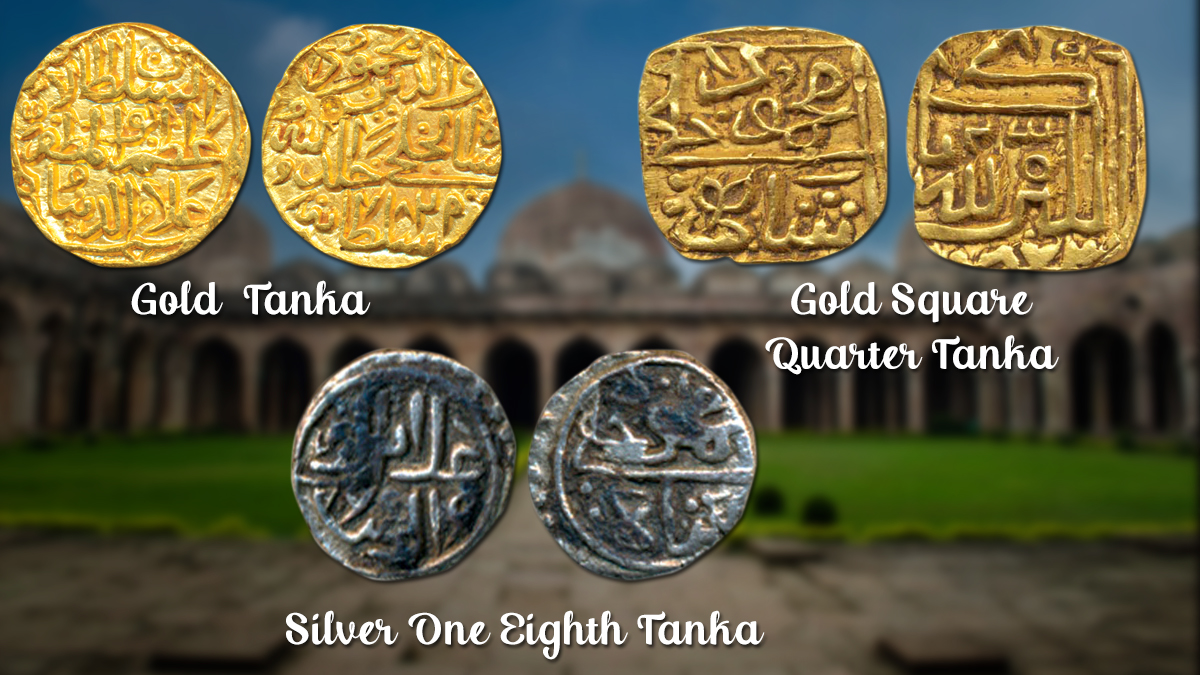 Gold Coins of Ala Al-Din Mahmud Shah I

Silver Coins of Ala Al-Din Mahmud Shah I

Billon Coins of Ala Al-Din Mahmud Shah I

A billon is an alloy made of precious metal most commonly silver, and base metal content copper. Coins issued in billion metal are Tanka, Half Tanka, Quarter Tanka, and Jital.

Copper Coins of Ala Al-Din Mahmud Shah I 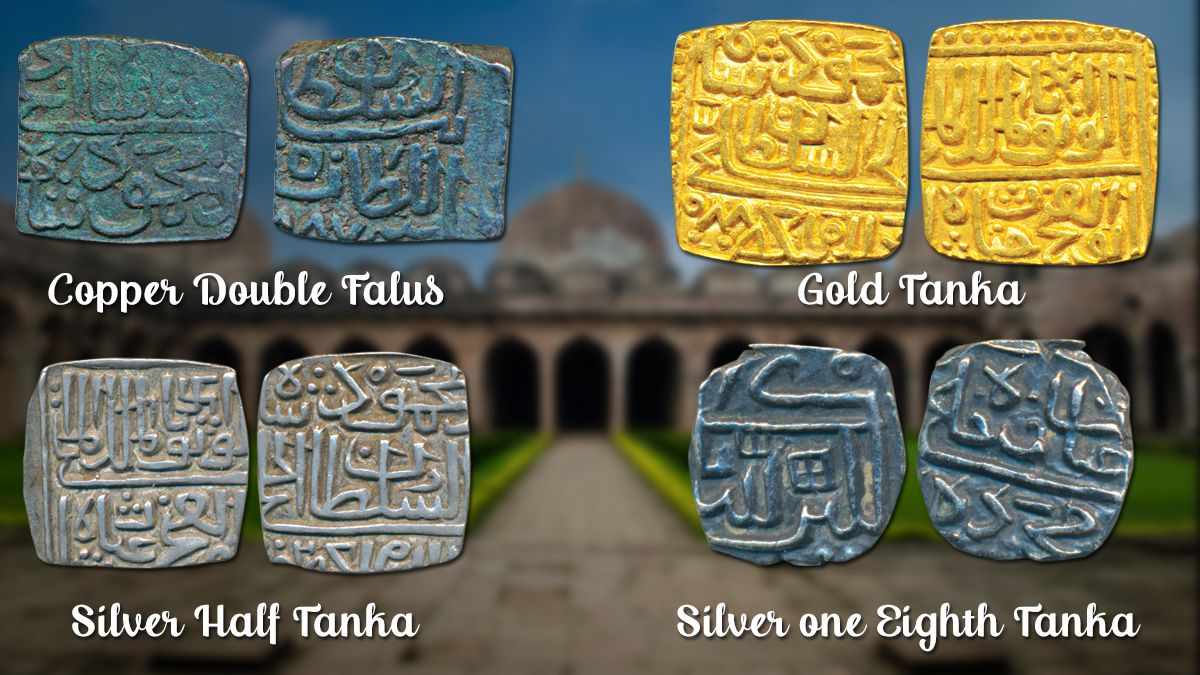 Ghiyath Shah is also known as Ghiyas-Ud-Din Shah, He was the son of Mahmud Shah I, he sat on the throne of Malwa Sultanate in 1469 CE and ruled it until 1500 CE.

Ghiyath Shah served his father as a military leader; he played an important role in the administration of the Malwa Sultanate during his father’s reign.

When he was made heir apparent he was also given the right to strike coins in his own name. The earliest known struck in his name was in 1454 CE.

Ghiyath Shah was a devoted ruler, though he had enjoyed all the pleasure he abstained from intoxicating drinks and foods forbidden on religious grounds. According to the Firista, he gave instruction to all his attendants that he should be woken at the hour of prayer, and if he didn’t wake up they should pull him out of bed even if he is in asleep. Ghiyath was very much interested in female education, to teach women of his court he had set up many Madrasa in Sarangpur. 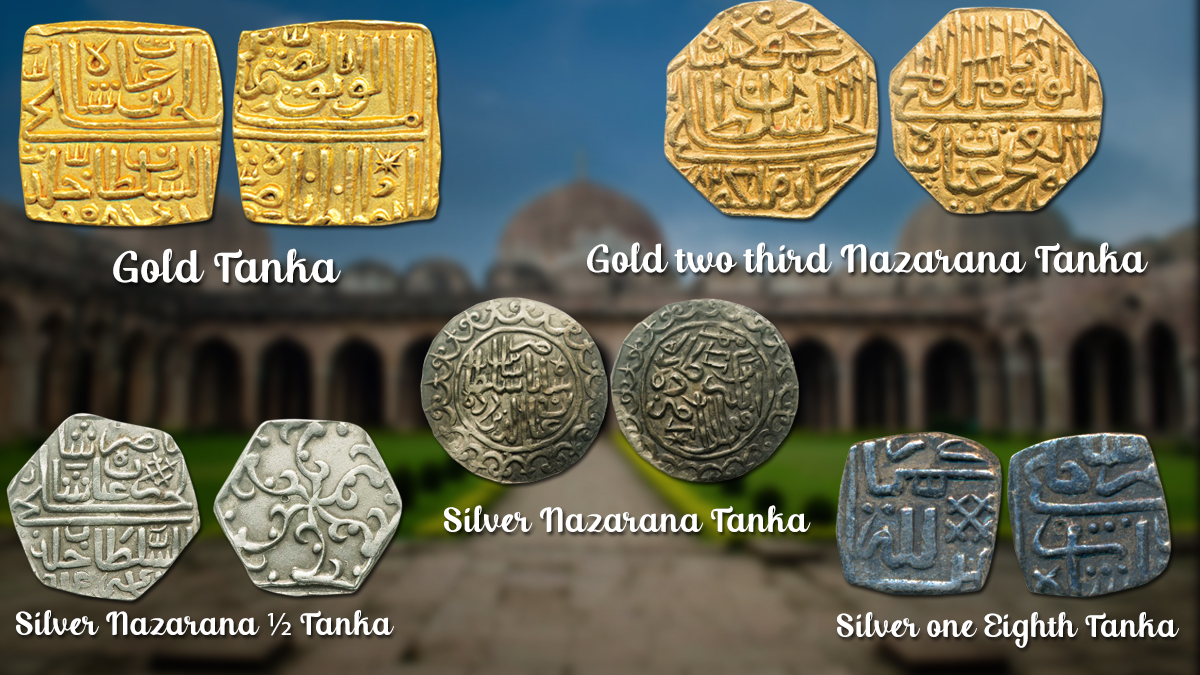 Nasir Shah was the son of Ghiyath Shah; he sat on the throne of Malwa Sultanate after the death of his father in 1500 CE and ruled it until 1510 CE.

After sitting on the throne of Malwa Sultanate, Nasir Shah took a great interest in issuing his coinage. He issued most of his coins in a square shape similar to his father Ghiyath Shah. In silver, he issued special coins, round, and diamond in shape. In gold, he issued a beautiful coin in the shape of Mihrab.

Even after his death, copper coins in his name were issued till 1511 CE, as the next king Mahmud II was not coroneted till 1511 CE.