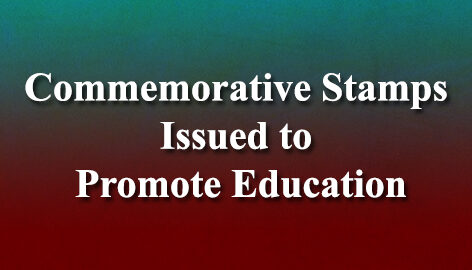 Education plays a vital role in our lives; it makes us realize our full potential and helps build character, opinion and intellect. With proper education, an individual achieves success and changes his perspective and opinion toward life. It helps achieve the aims of transmitting knowledge and fostering skills and character traits. Today we will discuss commemorative stamps issued to promote Education. by Indian Government. 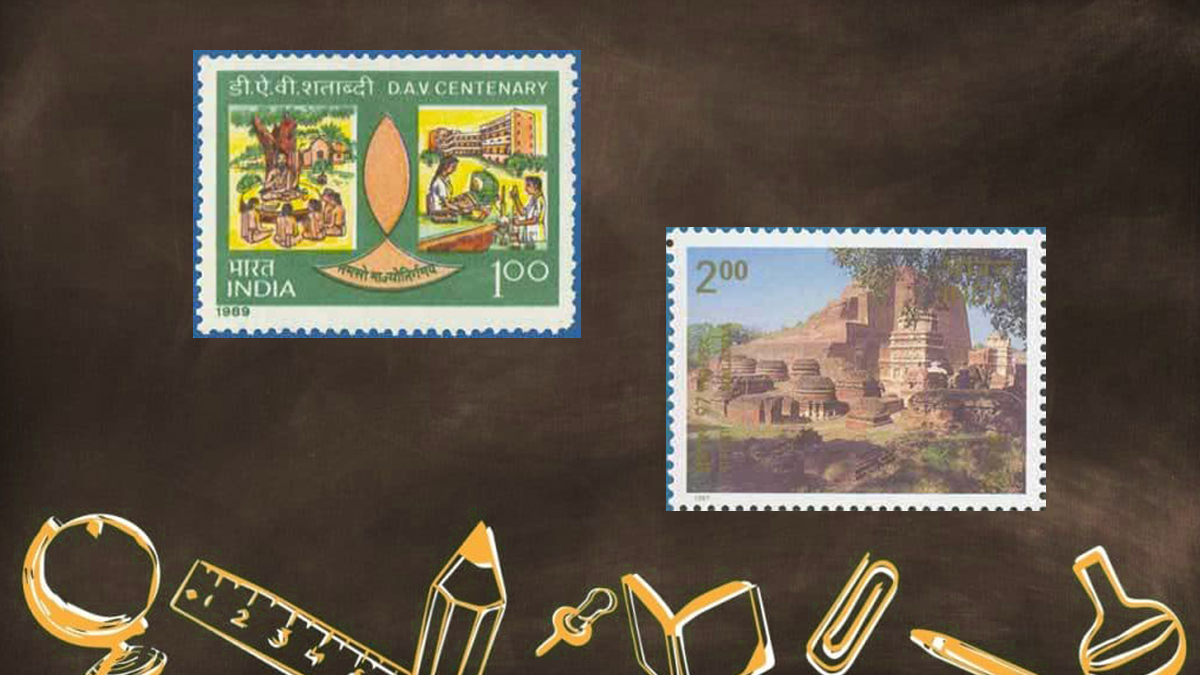 With the help of education person grows professionally by gaining knowledge and boost confidence, fulfil goals of their lives. Education promotes gender equality, good health, peace, and stability while generating; a steady stream of money.

During the ancient period, temples were centers for learning; students went to viharas and universities for higher education. During those days, teaching was generally oral, student remembered and meditated based on the topics taught in class. Gurukuls, were also called ashrams, were residence educational institutions. All of us are familiar with the names Aryabhata, Panini, and Katyayana.

Nalanda, ancient university of India, was the center of higher education during the ancient period. It was a Buddhist centre of learning from 427 to 1197 CE.

Nalanda University was established during the reign of the Gupta Empire. It played a vital role in the patronage of art and academics during the 5th and 6th centuries CE. This period of Nalanda University is still considered the “Golden Age of India” by scholars. It stands out as one of the most ancient universities in the Indian Subcontinent.

Importance of Education in Life?

a) Safety against crime:-

An educator is aware of his educational rights, which protects him against crime. He is unlikely to fall victim to fraud or deception because of his surroundings.

Empowering women is not only essential but the most important pillar for the function of the nation. We can break the old traditional system of India, like Sati, dowry, and child marriage, with the help of education. Our fundamental right of ‘Right to Freedom and Expression’ can only be achieved if the women of our country are educated and empowered.

Poverty is one of the biggest challenges that any nation faces. If a person is well educated, individual will get a good job and earn money to sustain a family.

Education teaches an individual the importance of love and brotherhood. With the help of education, one can stay united and spread the message of love when required. Education plays an important role; in achieving world peace and preventing war and terrorism.

Jataka Stories Tells us About Education

Indian Jataka stories have been one of the vital sources that tell about our Indian King and society. It provokes us to take a keen interest in education. Ancient Indian kings contributed a lot to creating universities. The notable universities of that period are Takshashila, Nalanda, Valabhi, Vikramshila, Odantapuri and Jagaddala. These universities developed with the vihara.

ROLE OF THE TEACHER 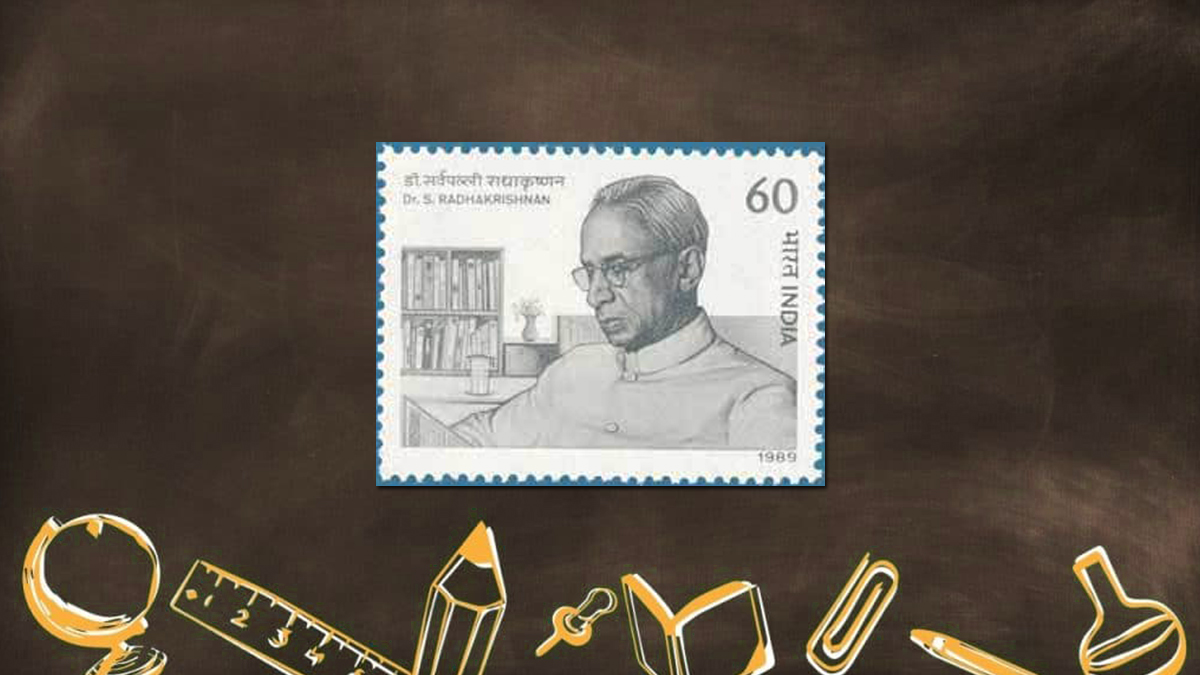 A teacher has a big responsibility for education; whatever he says; has a direct impact on his students. A teacher can admit as many students as he likes and teach his students as per their interests. Debate and discussions were the primary methods of teaching. Teachers were assisted by there are better honored than kings.

Every year September 5 is celebrated as Teachers Day in India. The day marks the birth anniversary of Dr Sarvepalli Radhakrishnan, India’s first Vice-President and second president. He was a celebrated academic and recipient of Bharat Ratna.

The Government of India issued the above commemorative stamp in India to honour Dr Sarvepalli Radhakrishnan.

Challenges and wrong practices followed in India during the Ancient Period.

The Caste System, Sati System, Early Marriage, and Pardha system preventing girls from education were some of the practices that followed in India. The exploitation of the lower class by the upper class prevented the lower class from getting a proper and good education.

Many freedom fighters, social reformers and leaders fight for women’s rights. Our Constitution has given women many rights, but Indian society tries not to leave its traditional philosophy behind.

Changing society has given equal opportunity to backwards-class people to grow. It has a negative impact that gives rise to crimes such as assault, rape, and women trafficking. 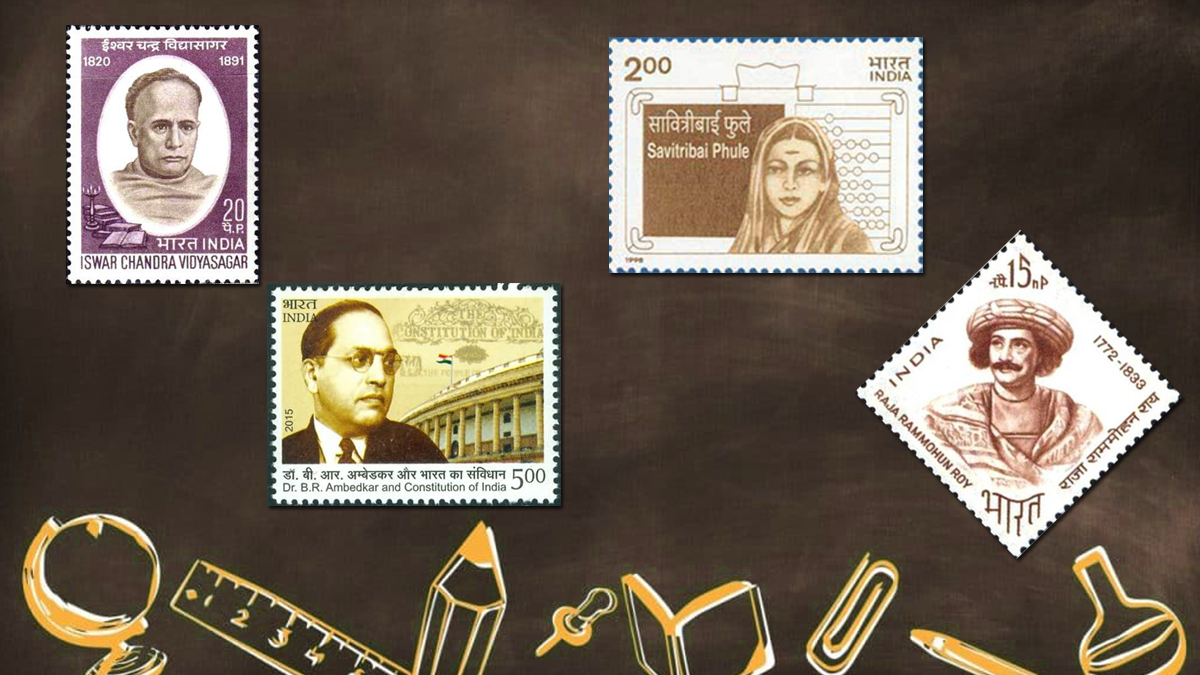 Social reformers of India had an impact on Indian society with their work. Before Independence, there were many social-issued practices followed in India. Some of these issues were the Caste System, the Sati System, and Girl’s Education etc.

Social reformers like Dr B.R. Ambedkar, Mahatma Phule, Raja Ram Mohan Roy, Swami Dayanand Saraswati, and Swami Vivekananda played a vital role in facing all these challenges. These people played a prominent role in shaping modern India. They dedicated their entire lives to the betterment and upliftment of the oppressed section of society.

Dr B. R. Ambedkar was popularly known as Babasaheb Ambedkar, and everyone knows; that he was one of the architects of the Indian Constitution.

Raja Ram Mohan Roy is considered a pioneer of the modern Indian Renaissance for the remarkable reforms he brought in 18th and 19th century India. He played an active role in the abolition of the sati system and promoted widow remarriage and girls’ education.

Ishwar Chandra Vidhyasagar was a great social reformer, writer, educator, and entrepreneur who worked endlessly to transform society. His contribution to education and changing the status of women in India was remarkable. He protested against polygamy and child marriage and favoured widow remarriage and women’s education in India.

Steps by the Indian Government to promote girls’ education 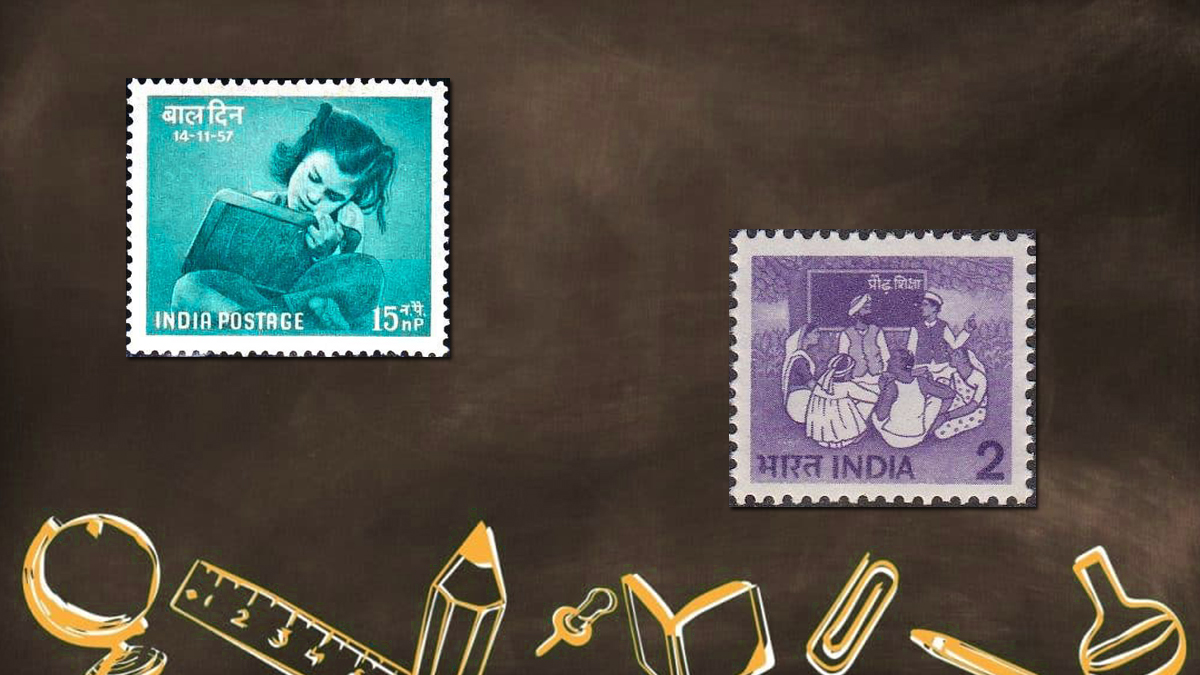 Adult education is creating opportunities for those who have lost opportunity and have crossed the age of formal education but now feel the need for education.

The main objective of adult education is to make a person of India literate and provide practical knowledge of reading, writing and arithmetic.