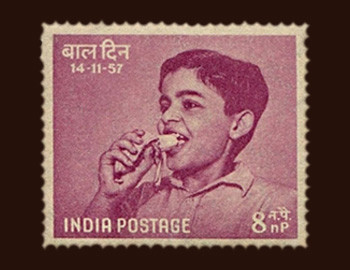 Each one of us has some fond memories of childhood that will make you smile when bad times start biting your back. The days you spent flying a kite with a friend, throwing stones at a mango tree all evening, waiting for vacations to make your playground your new home etc. Let’s explore some beautiful Children’s day stamps today at Mintage World!

Children are newer to this world and it’s their innocence that makes them even more beautiful. As we grow up we start getting more intelligent and logic starts powering our imagination. We almost forget how to laugh or cry out loud openly. We start molding ourselves as per the norms of the society and follow what everyone else is doing.  And of course, if it was not for their dreams, which they stick to as they grow up, we wouldn’t have had wonderful artists, scientists, researchers and entrepreneurs.

Even then, children all over the world are exploited for cheap labour, prostitution and more. Besides, malnutrition, wars, unhealthy living conditions etc have taken a toll on the population of children. There is definitely a need to reach out the children who need help and nurture them in a way that they shape the future of our nation. 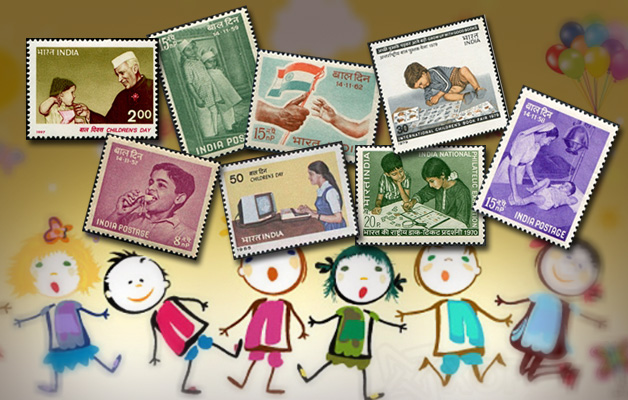 In 1954, Universal Children’s Day was proclaimed by the United Nations General Assembly which encouraged all countries to observe children’s Day on a day and in a way that best suits them to promote the welfare of the world’s children.

In India, it’s observed on 14th November, the birthday of the first Prime Minister of India, fondly called ChachaNehru.

A multicolor Rs. 2 Commemorative Stamp issued on Children’s Day in 1997 clearly showcases Chacha Nehru’s love for kids. This is one of the most beautiful Children’s Day stamps you will find.

He believed that the future of a country depends on its youth; A 15 paise Children’s Day stamp issued in 1962 where the Indian flag is passed on to the hands of a young child, thoughtfully putting across this idea.

It was in the year 1957 when India Post issued a set of three children’s day stamps for the first time on 14th November. First of the stamp was depicting a boy eating a Banana. The price of the stamp was 8 Paisa. The stamp was created from a candid photograph of an eight year boy ShekharBorker. The photograph was selected from 10000 entries. Shekhar became famous as ‘Banana Boy’ after the stamp was issued.

Educating young minds in their formative years is what will develop their reasoning power, secure their future and help them take the right decisions in life.

A 30 paisa multicolour stamp issued in 1979 depicts a child learning to read.

A 15 paisa stamp issued in 1959 which shows children arriving at an institution all excited to attend their lectures.

A 15 paisa stamp issued in 1961 suggests that apart from education, offering vocational training is also essential so that children become independent once they grow up and find their own means of living.

Health and nutrition of kids are another areas that governments around the world need to focus on.

A commemorative 15 paisa stamp issued in 1963 shows children receiving nutritious school meals, an initiative that was undertaken by the Indian Government.

A stamp that was issued by India in 1958 tries to convey that vaccination for major illnesses like polio should be made free and easily available to children at the right time.

Even today the girl child is treated differently in India, a stamp issued in 1985 shows a girl learning to operate the computer.

Another multicolour stamp depicting a girl rock climber tries to encourage young girls to follow their dreams and not stick to conventions that are laid down by the society.

Through a special stamp that was issued in 1970, India Post has also encouraged kids to indulge themselves in Philately or the study of stamps as it is a very intriguing way to learn about various aspects like culture, art, wildlife, famous personalities and important events of different countries.

The Indian Postal service even organizes ‘Design a Stamp Competition’ for School children and the winning design is depicted on the Children’s Day stamps. Hundreds of thousands of school children from every corner of India take part in this national level competition. Lately, it has become a popular theme amongst the collectors.

Start collecting children’s day stamps today and remember to stay young at heart no matter how old you grow!