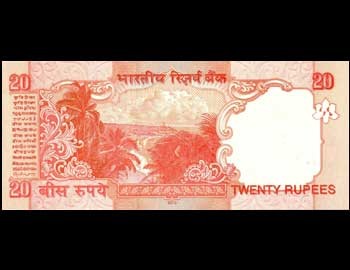 Being an Indian, how many of you know how many states India is comprised of? Don’t start googling yet. Hmm well, we have 29 states and 7 union territories. Each state is like a different flavoured chocolate in a basket full of goodies, you would want all of them, but won’t know where to start. Out of the seven union territories, Diu, Lakshadweep and Andaman and Nicobar are islands. It’s almost impossible to maybe understand the diversity that India is known for all over the world, from where you are reading this article right now. Even then, let’s go back in time and explore the history of Andaman and Nicobar Islands today and see what juices you’ve got in there!

The Land of Stone Age People 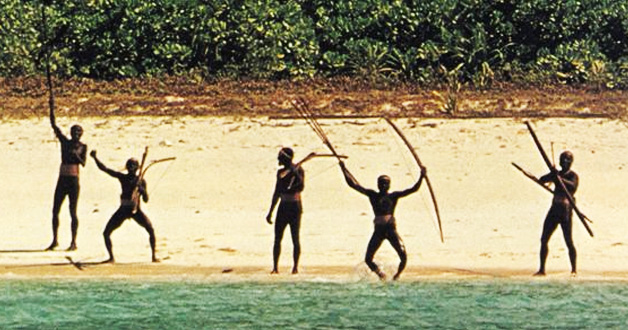 The Andaman and Nicobar are two groups of islands which are situated between Bay of Bengal and Andaman Sea. The world’s only known Paleolithic people, the Sentinelese people live in the North Sentinel Island, the southern tip of the Great Andaman. They follow a hunter-gatherer lifestyle which depends completely on hunting, fishing and collecting wild plants. Experts believe that they do not know of any agricultural practices or methods of producing fire. They speak a peculiar language which is not mutually intelligible with the Jarawa language of their nearest neighbours. The Sentinelese tribe falls under the Scheduled Tribe category in India.

There has been archaeological evidence that suggests that there was a human settlement in Andaman since 2,200 years. However, there have been other researches based on genetics and cultural activities that Andamanese people have their roots from the Middle Paleolithic period when they isolated themselves from the rest of the world 30,000 years ago. Post that, they have formed distinct linguistic, cultural and territorial groups.

If you are interested in reading up on these Stone Age islanders, then the Land of Naked People is a very good read indeed!

Naval Base for Cholas and Marathas 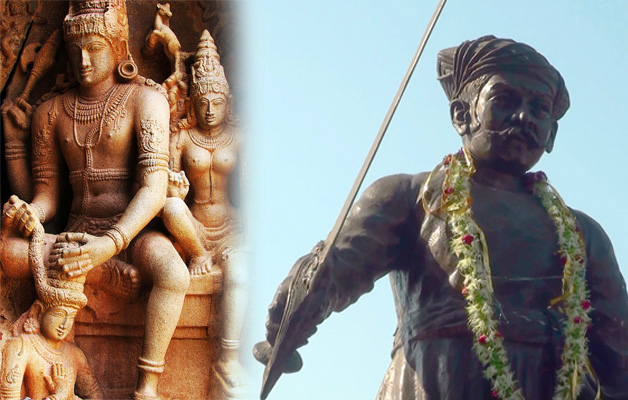 One of the greatest Tamil Chola dynasty kings, named Rajendra Chola who ruled from 1014 to 1044, conquered the islands and used it as an important naval base when his army was battling against the Buddhist – Sriwijaya Empire from in the Indonesian island of Sumatra.

In the 17th century, the Maratha Empire created temporary bases for their ships at Andaman islands. Kanhoji Angre, the navy’s admiral of Marathas turned the islands into a major naval port and associated it with India. Mintage World has a large database of Maratha Coins, which will give you a whole new dimension about the history of Marathas. 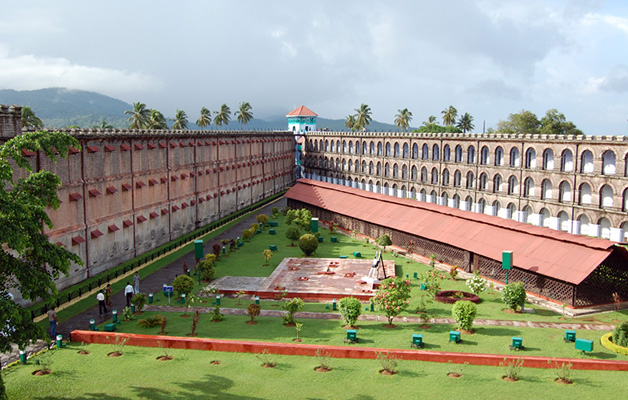 On 12th December 1755, the Danish East India Company stepped onto the Nicobar Islands for the first time and on 1st January, the very next year, it was turned into a Danish colony with the name New Denmark. It was renamed as Frederick’s Islands in December 1756. Due to multiple attacks of malaria over a period of 100 years, the island was abandoned several times. Austria assumed that Denmark has withdrawn from the islands and established their colony from 1778 to 1784 by renaming it as Theresia Islands.

The British arrived at the Chatham Island (present Port Blair) next to Great Andaman in 1789. They then moved to Port Cornwallis on Great Andaman two years later, but it was abandoned in 1796 due to disease. They came back to form a more permanent colony in the year 1858, but their primary purpose was to set up the cellular jail or more popularly known as Kalapaani to penalise criminal convicts from the Indian subcontinent.

The complex of the jail was constructed between 1896 and 1906 but the island was used by the Britishers to punish protesters against the British Raj ever since the 1857 revolt. They first executed many protestors and those who escaped were exiled for life at the Andaman Islands. Famous Indian freedom fighters like Bhatukeshwar Dutt and Veer Savarkar have served their terms in his cellular jail. The jail not only isolated the activists from the mainland but they also had to face social exclusion.

On 16th October 1868, Denmark officially sold the rights to the Nicobar Islands to Britain, and the islands became a part of the British India in 1869. Andaman and Nicobar islands came under a single administrative control in Port Blair in 1872.

The Japanese partially took control over the Islands under the authority of the Arzi Hukumate Azad Hind of Netaji Subhash Chandra Bose. He renamed the islands as “Shaheed-dweep” (Martyr Island) and “Swaraj-dweep” (Self-rule Island). Click here to take a look at stamps featuring this great leader.

Indian National Army’s General Loganathan was made the Governor of the Andaman and Nicobar Islands. He and four INA officers arrived at Lambaline Airport in Port Blair and on 21st March 1944 the Headquarters of the Civil Administration was established near the Gurudwara at Aberdeen Bazaar. Col. Loganathan handed over the charge to Maj. Alvi on 2nd October 1944, and left Port Blair, but never came back. On 7th October 1945, the islands went back in the hands of the British after the Japanese garrison surrendered to the 116th Indian Infantry Brigade.

After Independence the British wanted to resettle all Anglo-Indians and Anglo-Burmese on these islands to form their own nation, which never worked out. The Islands became a part of India in 1950 and was declared as a union territory in 1956. Since the 1980s, the islands have been developed into a strong Naval base for the defence in the Bay of Bengal and the Malacca Strait.

On 26th December 2004, a 10 m high tsunami hit the coasts of the Andaman and Nicobar Islands killing more than 2,000 people and leaving a minimum of 40,000 people homeless. The worst affected Nicobar islands were Katchal and Indira Point which was partially submerged in the ocean. The lighthouse at Indira Point was damaged but repaired later. Most of the aboriginal people survived this devastating calamity because of verbal traditions passed down from generations warned them to evacuate from large waves that follow large earthquakes.

The Indian 20 Rupees banknote features a view of the North Bay islands, which is a part of the Andaman and Nicobar Islands on the reverse side. It clearly shows the North Point lighthouse as well. The pristine water is ideal for activities like scuba diving, sea walking to explore the colourful marine life and coral treasures hidden in the oceans. A half an hour ferry trip A ferry will take you across Aberdeen Jetty and bring you back after 3 hours.

Andaman and Nicobar Islands is the best getaway to enjoy a break from your hectic fast-paced lifestyle. The Ross Islands was once home to the British Administrative Headquarters but after an earthquake hit the island in 1941, Britishers took shelter in Port Blair again. Banyan trees have grown over the structures now and they have become a major tourist attraction. Then there is the Viper Island which is famous for its women’s jail that was used by the British Government to punish the freedom fighters. The Anthropological museum at Port Blair will give you an overview of the lifestyle and history of the native tribes of Andaman and Nicobar Islands.

Radhanagar Beach on Havelock Islands is considered to be one of the most beautiful beaches in Asia, with white silvery sands that cushion your feet and the clear blue waters that want you to take another dip in the ocean! You can also try snorkelling at the Elephant Beach where the reef is as shallow as 5 feet.

Chida Tapu is 1 hour away from Port Blair and is known for its majestic sunsets and breathtaking bird-watching activities. You can also wish to trek through the dense forests here and find your way to the Munda Pahad with the help of a guide.

Then there are the beaches on Sitapur, Bharatpur and Lakshmanpur at Neil Island which one shouldn’t miss visiting. North Andaman has the Diglipur Island which is known for its virgin beaches as well. You can also take a look at the Forest Museum at Mayabunder which will show you a rare collection of coral life and fauna.

Happy collecting and visit the Andaman and Nicobar Islands to find out what’s more to explore.