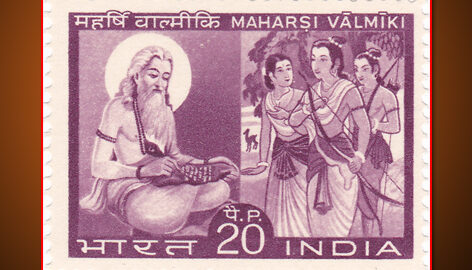 Ramayana has been an integral part of our childhood. The story of legendary Rama, his wife, Sita and his brother, Lakshmana who fought with Ravana and put an end to evil is heard by everyone. They might have been just stories as kids but as grownups, we realized the important life lessons they taught us. We learned the discipline, integrity and doing the right thing. However, there are some stories which are lesser-known. What better time than Diwali to discuss them, right? Let’s get acquainted with the Unheard Stories of Ramayana that makes the Epic more legendary.

The First Story is about the Birth of Hanuman. We all know the story of baby Hanuman and the Sun but we don’t know the story of the Birth of the Monkey God of India. Dashratha – the King of Ayodhya summoned Agni to grant him a boom that would give him capable sons. Agni agreed and presented him with “sacred pudding” which Dashratha shared among his wives. However, one Portion of the pudding was snatched by the eagle that dropped it where Anjana (the mother of Hanuman) was meditating. Pavana – the wind god delivered the drop to her outstretched hands. After she took the divine dessert, she gave birth to Hanuman. It is, thus, believed that Lord Shiva incarnated as a monkey, and was born as Hanuman to Anjana, by the blessings of Pavana, who thus became Hanuman’s godfather. 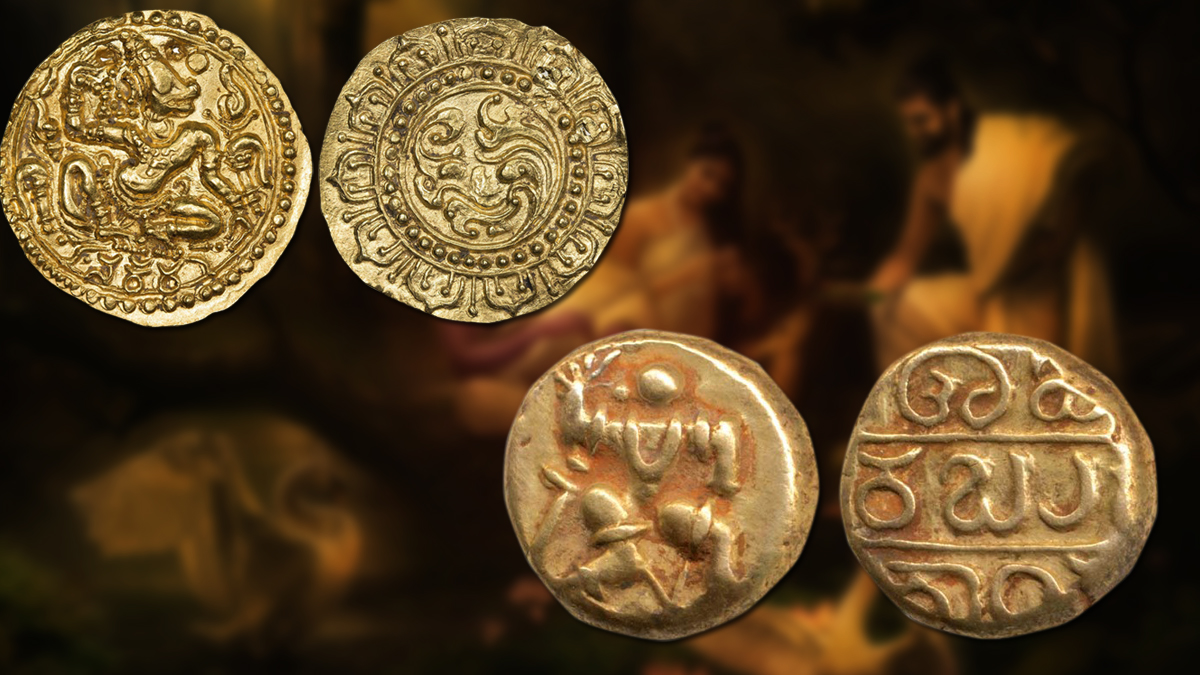 Above coin is a Gold Pagoda of Kadamba Dynasty of Hangal which depicts Hanuman seated with head to right on the obverse along with conch and Ankush at feet and the Kannda Legend “Nakara” in Kannada in exergue. The reverse, on the other hand, depicts a floral spray within a decorative lotus border. The other coin is the Gold Pagoda of King Bukka Raya I of Vijaynagara Empire.

This is the story behind the ten heads of Ravana. Ravana, one of the most powerful beings ever to roam the earth is also known as the supreme anti-hero in Ramayana. He was the king of Rakshasas and is depicted with 10 heads and 20 arms, giving him the name of “Dasamukha” (10 faced) or “Dasagriva” (10 headed).      The meaning behind 10 heads of Ravanas is rather symbolic than literal indicating his intellect. His ten heads symbolically represent the mastery over the ten scriptures i.e. the four Vedas- Rig-Veda, Sama-Veda, Yajur-Veda, and Atharva-Veda and 6 Shastras- Sankhyashastra, Yog, Nyayashastra, Vaisheshik, Purvamimansa and Uttar Mimansa.

The above stamp was among the Indian Masks series which was issued in the year 1974. The stamp comes with the denomination of 2 Rupees and depicts the mask of Ravana which was used in Ram Leela plays or the “Ravana Dahan” on Dussehra. In 2005 by Thailand Post issued a set of 4 stamps which depicted Rama meeting Sita, Ravana, Hanumaan and Ram fighting Ravana.

“Maya Sita”: There are many alternate versions of both the great epics of India which give different outlook, narrations and the scenarios of the original story. Similarly, the famous story of Sita’s abduction and Agnipariksha has a different outlook. According to the Skanda Purana; Sita who Ravana abducted and the one who did the Agnipravesham was not Sita at all. She was Maya Sita. Agni’s consort Swaha had transformed herself into Sita. Before the Sita-Haran incident could occur, Agni had already taken Sita to Patalloka and kept his own wife ‘Swaha’ in her place. The above stamp was issued by the Kingdom of Laos in the year 1969 with the denomination of 30 Lao kips which depicts Sita’s Agni Pariksha.

“Rama’s Death”: Ram wouldn’t die as Hanuman wouldn’t allow Yama (God of Death) to enter Ayodhya to claim Ram. To divert Hanuman’s attention Ram dropped his ring through a crack in the floor and asked Hanuman to fetch it back for him. Going down Hanuman reached the land of serpents and asked the King for Ram’s ring. The king showed Hanuman a vault filled with rings all of which were Ram’s. He told a shocked Hanuman that when in the cycle of time a Ram is to die he drops a ring down the crack so that a Hanuman can be diverted from his guard.

“Lakshmana’s Conduct”: Lakshman never saw the face of Sita! When abducted by Ravana Sita threw jewellery so that Rama would find his way. When Rama found the jewellery, he showed it to Lakshmana who did not recognize any of them except her anklets. As Lakshmana never raised his gaze from Sita’s feet, he could only remember her anklets.

Ramayana, one of the most famous Hindu epic, is not just a story about how Ram saved his wife from the demon king Ravana. There are several side stories that bring to light, people that are hardly spoken about and the characteristics of the main characters that we do not know. In this post, check out some Unheard Stories of Ramayana which will give you a different perspective.