Dressing well is a form of good manners-Tom Ford. Fashion is basically defined by the cloth individual wear. In India different kind of clothes and costume has evolved through the ages. These developing phases of cloth have gives Indian standard of fashion a unique taste. Today the larger fashion industry produced some phenomenal aspect of Indian culture through improvised costumes in the flouring fashion platform. To mark this phenomenal development in the traditional and culture quote of Indian culture India issued a series on stamp depicting changing fashion on stamp also know as fashion through the ages.

These fashion stamps are issued by the Indian Post commemorating the famous Indian designer who has developed the trend clothing trends in Indian today by following the ancient traditional clothing style. 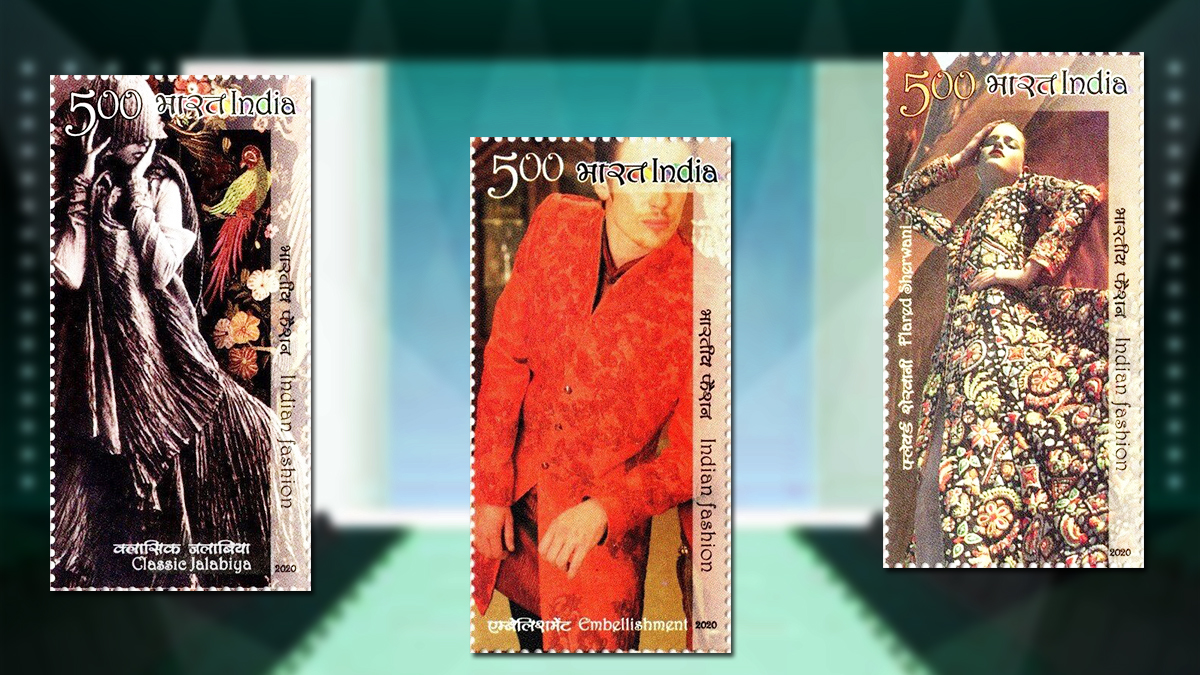 The costume issued in this stamp illustrates the classical pursuit to dive into Persian rich craft and tradition. It has Persian Zardozi and thread-work depicting the image of wildlife, bird and flower. It is fashion by designer Rohit Bal. This stamp was issued by India Post in 2020 making is a fascinating aspect of fashion on stamp series.

India Post issued his costume collection embellishment to showcase the talent of the design to amalgamate the past and present fashion together.

Know for infusing both Indian craftsmanship and textile heritage of Europe is the signature style of Sandeep Khosla. The signature is the combine traditional aesthetes with modern design. Flared sherwani collection on the stamp is a unique mix of this shown on the above-seen image. It is also considered as modern masterpieces by many 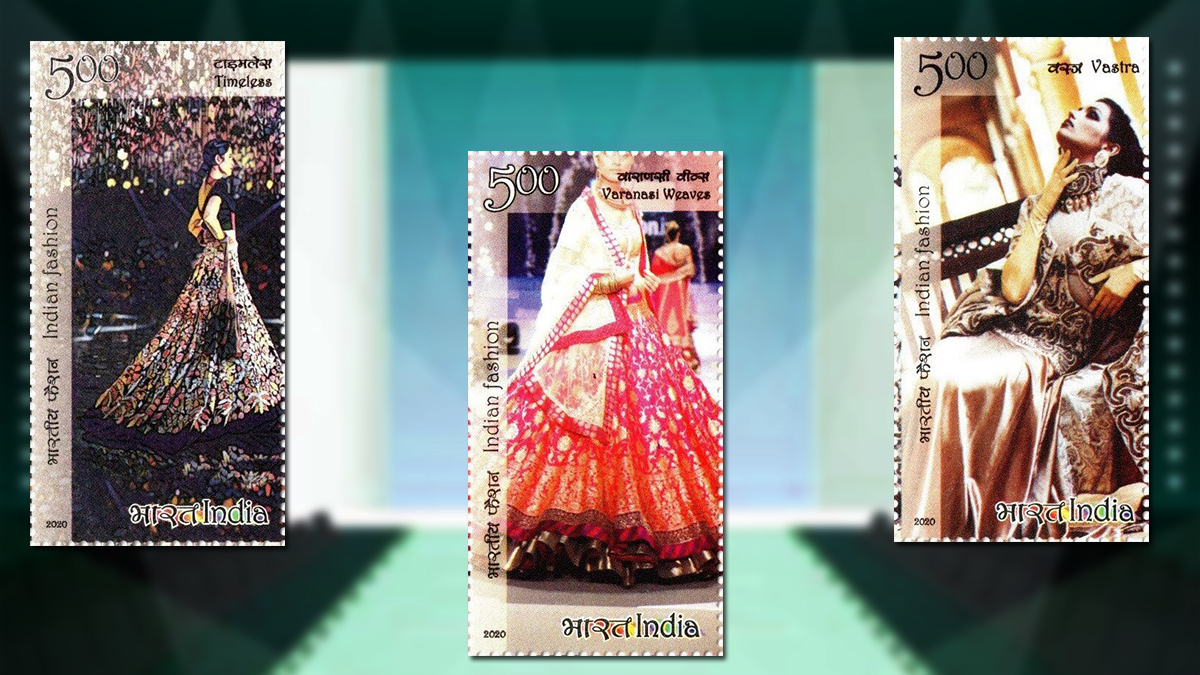 When we talk about fashion, it’s impossible to ignore the fashion followed by the entertainment industry. They the huge trendsetter of this era. Youth icon fashion trend is followed by many. The timeless design on the fashion on the stamp is such collection that design the trending fashion of Hindi cinema designed by Manish Malhotra

The stamp depicting the masterpiece of Ritu Kumar, she took Indian rich textile and handlooms a notch higher with her Varanasi weaves.  The design bought back the motifs like Badami, kyarti and Shikargarh designs. The design sows case the gold and silver designs. She includes the magic of Banarasi design in her costumes.

The first stamp is the collection depicts the masterpiece of the fashion designer and stylist Ritu Beri. She used the Indian fabric Khadhi to launch her brand. It is a fabric that is seen by right and left since the time of the forefathers to neighbours wearing them.

India Post issued these stamp to commemorate the timeless fashion of Indian promoted and followed by the famous and rising fashion designer. Their designs are the combination of the traditional weaves of the Indian textiles and craftwork. It is highly supported by the government of India to promote the Indian standard of design and craft it beautifully