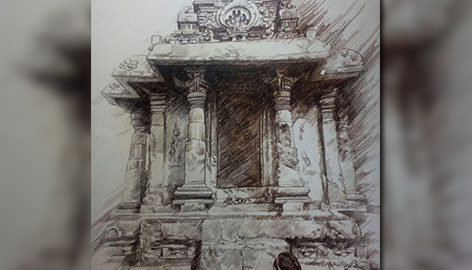 The soul is your temple- Chanakya. A Temple is a house or the adobe of divine. It is a place where every human being despite religion, caste and creed visits to find salvation and peace. For many, a temple is an ultimate place for worship; every individual has his own perception when it comes to the sanctum of gods. The oldest reference of the temple or house of gods is found in many civilizations across the globe. Arguably, the world’s oldest known temple is the Gobekli Tepe. The earliest written evidence about the temple is spectacularly described in the Rig Veda.  It mentions about the adobe of Lord Varuna, it is described to have a huge structure with thousands of pillars made of gold and silver. In Indian traditions temple is referred by many names like Mandir, Mandira, Ambalam, Gudi, Kavu, Koil, Kovil, Déul, Raul, Devasthana, Degul, Deva Mandiraya, and Devalaya. This aspect of Indian culture is beautifully depicted on the new series of banknotes issued after demonetization. They illustrate the beautiful concept of the temples on banknotes.

The new Indian banknotes with value 10, 20 and 50 rupees depict three of the most beautiful ancient Indian temples on banknotes. The sanctums of divine featured on the notes are the jewel of the rock-cut architecture Kailashnath temple at Ellora, the (black pagoda) Sun temple of Konark and the Vittala temple of Hampi. 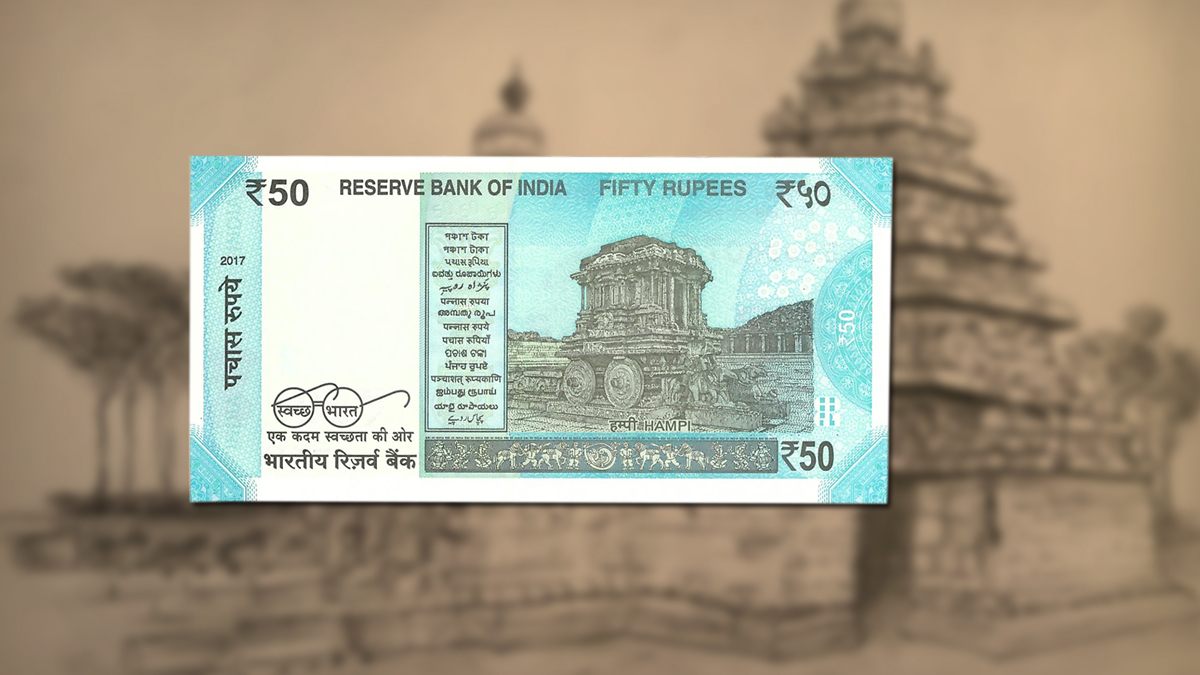 Hampi is the marvelous evidence of the ancient Indian Vijaynagar Empire. Hampi-Vijayanagara was the world’s second-largest medieval-era city after Beijing and the richest in India. It was the domain of one of the greatest Indian Kings Krishnadev Raya.  Muslim sultanates conquered and looted the city in 1565, after which the city was only left with ruins.

The Vitthala temple suited in the center of the Hampi city is the most beautiful Hindu temple in Hampi, built in the early-to-mid-16th century. Its entrance is stylized with gopuram and other two side gopurams. The main temple stands on a paved courtyard and smaller ones are located on the east. The Garuda shrine is shaped like a stone chariot in the courtyard. It had a tower, which was removed during the late 19th-century restorations. There’s a big, square, open-pillared, axial community hall in front of this shrine.

This wonderful symbol of the Hampi site is featured on the latest Rs 50 note issued by the Reserve Bank of India. It is one of the beautiful featured monuments of the new series of temples on banknotes 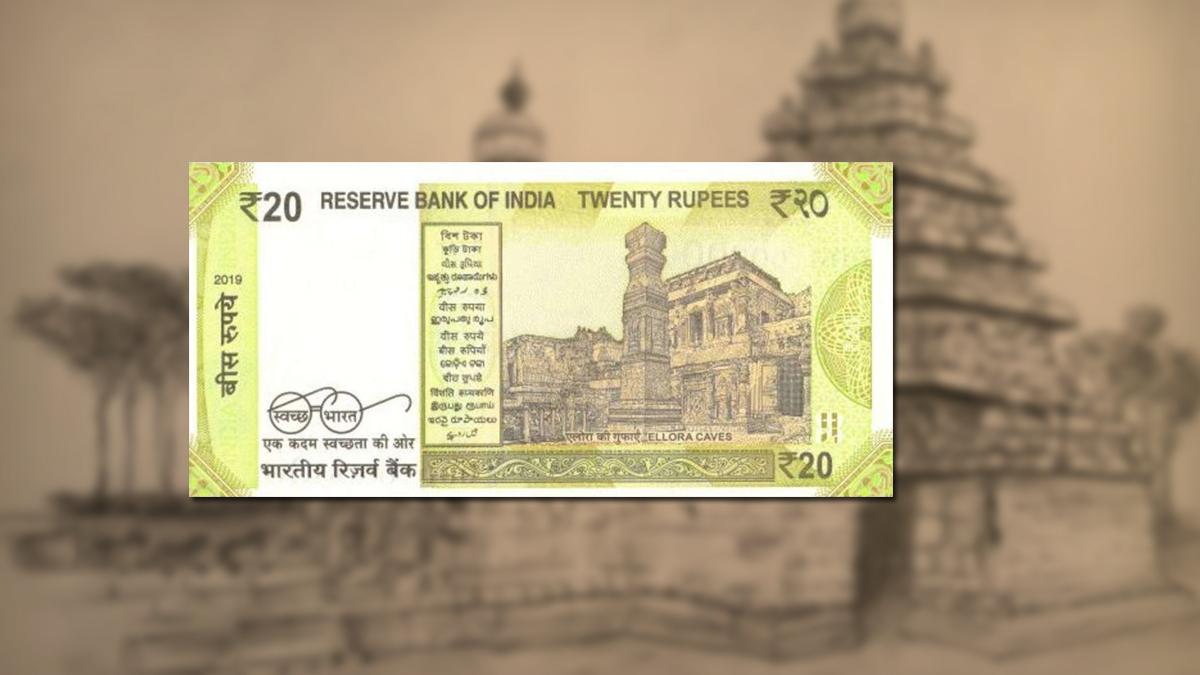 The most beautiful and undeniable wonder of India is the mighty Kailashnath temple of Ellora. It is the epitome of rock-cut architecture in India. The temple is a megalith, carved from a rock cliff face. It is excavated from top to bottom which makes an overseer spellbound with its engineering and sculpture treatment.

The central shrine of the temple is dedicated to Lord Shiva. Most deities in the temple and its courtyard on the right are dedicated to Shaivaite and left side deities are Vaishnavaites  The shikhara of this temple is in Dravidian style and the main mandapa is supported by sixteen pillars.

The creation of this temple is dedicated to the patronage of Rastrakuta King Krishna I in 8th century AD but the Chalukyan and Pallava influence can also be seen here. This temple has the whole story of Ramayana and Mahabharata carved on the temple panel. There is also a notable carving of the Ravanaanugraha inside the temple complex.

The 20 rupee banknote of the new series of temples on banknotes issued in 2016 illustrates this wonder on its reverse. 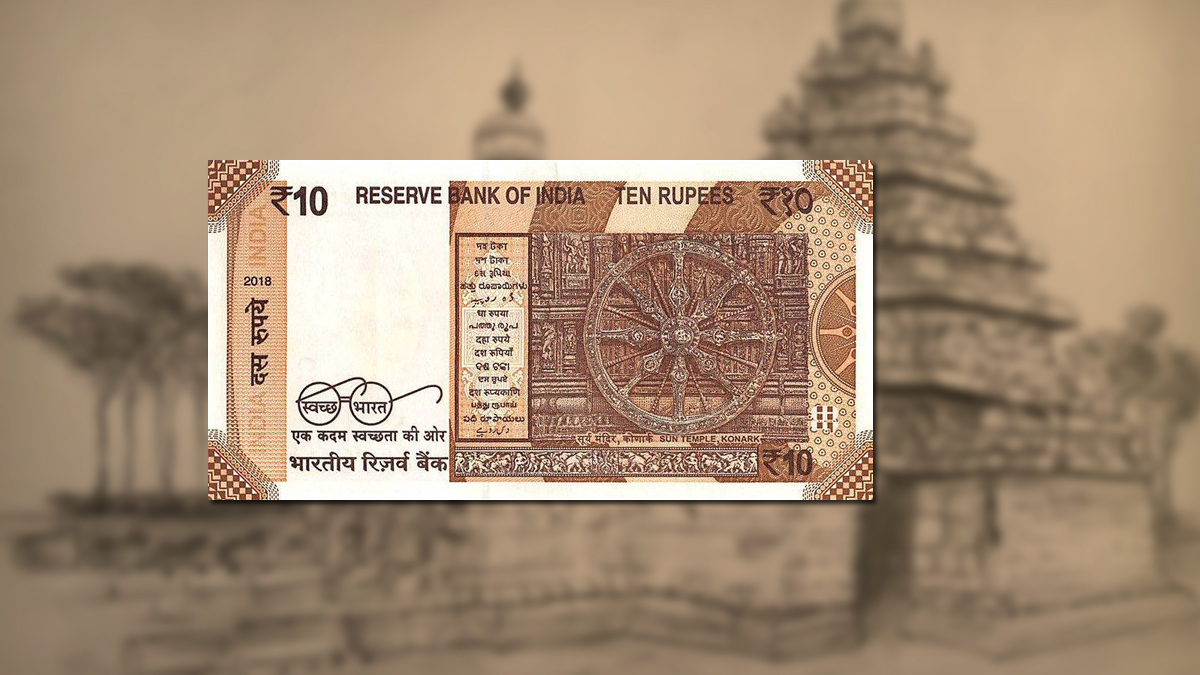 The sun temple of Konark is a spectacular architectural marvel of ancient India, adorning the eastern shores of the Indian peninsula. This human-made phenomenon represents the tranquillity of temple architecture and the art of Orissa.

This black pagoda was built by the King Narasimhadeva I of the Ganga dynasty in the 13th century AD. It’s believed that a workforce of twelve hundred artisans and architects have invested their best skills to create this wonder. The structure of this temple is like the chariot of the sun drawn by the seven horses and twelve pairs of the intricately carved wheels.

This grand temple of the sun god consists of a Deula (sanctum), Jaganmohan (public hall) and the Natya Mandir (performing hall). The walls of this grand sanctum represent the daily life, style, art, religion, and culture of that period. The beauty of this structure is so enduring that it has found its place in the world heritage list.

To promote and acknowledge this wonder of India, Reserve Bank of India has featured this temple on the rupees 50 banknotes. It is an incredible specimen in temples on banknotes series.

India Post has also issued a se-tenant stamp in 2001. It features the Rekha deul/ Jaganmohan and the Konark wheel.

Indian banknotes feature many of the marvelous wonders of India to showcase the pride of Indian culture and advanced science behind the monuments. Please wait for our next installment to know more about other charming Indian monuments.

Till then keep collecting…