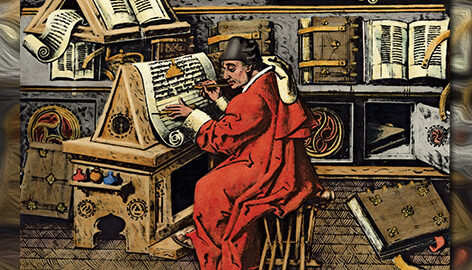 It is said that travelling is the best way to broaden one’s knowledge about the world. Some of the most curious minds of all time have traversed across the world to see the unseen and know the unknown. Much of our knowledge of ancient and medieval history comes from the accounts of scholars who as pilgrims, travellers and traders crossed the seas and difficult land routes. In their writings on their observations and experiences of a country new and strange to them, they left valuable contributions to the historical understanding of early societies. As outsiders, they found worthy of mention facets and facts about the country that native writers missed or often simply took for granted and hence ignored. In this blog, we are going to discuss some Commemorative Postage Stamps illustrating Scholars and Travelers of the Islamic World. These scholars and travellers gave us some masterpiece writings which throwing light on the geographical, economic and social conditions of that time.

Here is the list of four Commemorative Postage Stamps illustrating scholars and Travelers of the Islamic World.

Ibn Battuta stamp– The most famous traveller of the Medieval Arab

The Moroccan traveller ibn Battuta is known as the greatest traveller of pre-modern times. Leaving his homeland at the age of 21 to make the holy pilgrimage to Mecca, he performed a series of extraordinary journeys that spanned nearly three decades.

In 1325 he set off from his hometown for pilgrimage in Mecca. He narrated the beginning of his journeys as follows:

“I left Tangiers, my birthplace on Thursday 2 Rajab, 725 (AH) with the intention of going on pilgrimage to Mecca. I was alone, without companions, not in a caravan, but I was stirred by a powerful urge to reach my goal (Mecca)… I left my friends and my home, just as a bird leaves its parental nest. My father and mother were still alive, and with great pain, I parted with them. For me as for them, it was a cause of insufferable illness. I was then only twenty-two.”

His journeys covered almost the entirety of the known Islamic world, extending from present-day North and West Africa to Pakistan, India, the Maldives, Sri Lanka, Southeast Asia and China.

IbnBatuta visited India during the reign of Muhammad Bin Tughlaq. To commemorate this great scholar Morocco issued a postage stamp featuring the IbnBatuta.This rare postage stamp is sought out by collectors around the world.

For centuries, poetry has remained one of the most extraordinary art forms of expression. A Sufi mystic and a disciple of NizamuddinAuliya, Amir Khusro’s portrayal of love is spiritual and that’s what makes him different from other poets.

From the popular Chhaptilak to Rainichadhirasoolki, Amir Khusro has given us some of the iconic poems. He wrote poetry primarily in Persian, but also in Hindavi. A vocabulary in verse, the Khaliq Bari, containing Arabic, Persian, and Hindavi terms are often attributed to him. Khusrow is regarded as the father of Qawwal (A form of Sufi devotional music) and introduced the ghazal style of the song into India, both of which still exist in India and Pakistan.

Written way back in the 12th century, Amir Khusro’s poems are still revered and relevant. To honour this Tuti-e-Hind, India post has issued 50 Paisa commemorative postage stamps in 1975. It is an incredible specimen in Commemorative Postage Stamps illustrating Scholars and Travelers of the Islamic World series.

Little is known of his early life. He was born in Khwarezm – a region that is a part of modern-day western Uzbekistan and northern Turkmenistan. He spent most of his life in Central Asia and the Indian Subcontinent. During his illustrious career, Al-Biruni became an expert in numerous subjects, including history, physics, mathematics, astronomy, linguistics, comparative religion, and earth sciences.

In his 20s, he moved away from his homeland in pursuit of knowledge. For 3 years, he travelled throughout Persia, learning from scholars about numerous subjects. When he finally settled in Jurjan (modern Gorgan) in 998, he worked for the local ruler, Shams al-Ma’aliQabus. For the next 10 years, he lived in this small northern Irani city, doing research, writing books, and learning more.

He authored “Tarikh al-Hind” (History of India) a famous Arabic text after exploring the Hindu faith practised in India. He is given the title – ‘founder of Indology’. He was also a pioneer in the study of comparative religion. He studied Zoroastrianism, Judaism, Hinduism, Christianity, Buddhism, Islam, and other religions.

Many countries have issued postage stamps sheets to honour this great scholar, one of them is the 10 Riyal commemorative stamp issued by the Iran Postal Department on the occasion of the 1000th birthday of Al-Biruni.

Abul-QasemFerdowsiTusi, also Firdawsi was a Persian poet and the author of Shahnameh (“Book of Kings”), which is one of the world’s longest epic poems created by a single poet, and the national epic of Greater Iran. Ferdowsi is celebrated as one of the most influential figures of Persian literature and one of the greatest in the history of literature.

Ferdowsi was born in Tus, a town in North-Eastern Iran, in the province of Khorasan. He began work on the Shahnameh around 977 under the patronage of the Samanid dynasty. It was an epic poem that recounts the history of pre-Islamic Persia. The Shahnameh contains 62 stories, told in 990 chapters with 50,000 rhyming couplets. It is divided into three parts—the mythical, heroic, and historical ages.

The Shahnameh, finally completed in 1010, was presented to the Sultan Mahmud of Ghazna. He has a unique place in Persian history because of the strides he made in reviving and regenerating the Persian language and cultural traditions.

Worldwide Postage Stamps has been issued to commemorate this most influential figure of Persian literature.

A handful of history’s boldest travellers staged epic journeys that crossed new lands, broke cultural barriers, and revealed the radical diversity of the world. Who would you add to the list of great travellers and Scholars featured on stamps of World? Tell us in the comments section below, and we might just add them to our next Blog Commemorative Postage Stamps illustrating Scholars and Travelers of the Islamic World – Part II.