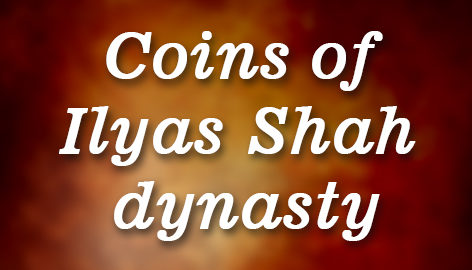 Ilyas Shah Dynasty was a Muslim dynasty that ruled India during the medieval period between the 14th and 15th century. This dynasty was formed by Shams Al-Din Ilyas Shah in the year 1342 CE.

The Ilyas Shah Dynasty had occupied a prominent place in the History of India. This dynasty had preserved remarkable political consistency and had also produced able rulers who had ruled these vast kingdoms like Bengal Sultanate for a very long period. The Ilyas Shah dynasty is one of the dynasties having a great political contribution to recover its political independence; they were also in a constant repeated aggression against Delhi Sultanate. 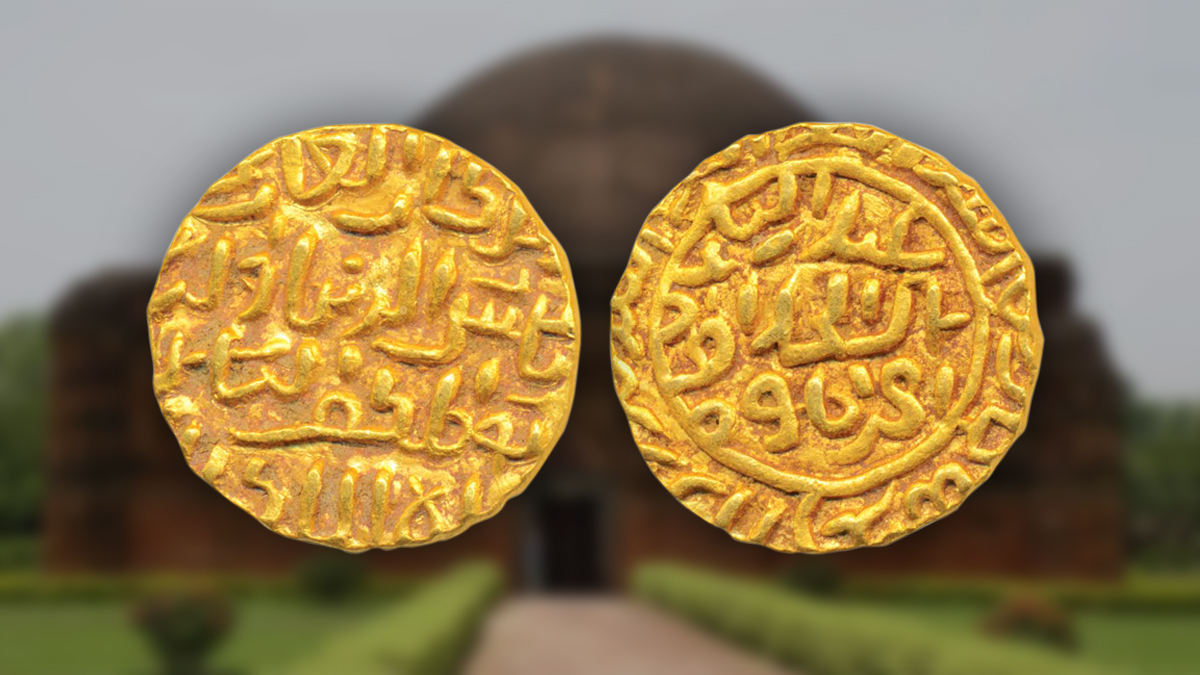 After getting control over the Bengal Sultanate Ilyas Shah also invaded Tirhut, Orissa/Jajnagar, and Nepal. He also marched towards Bihar and further moved towards Champaran, Gorakhpur, and Kashi.

Under the rule of the Ilyas Shah Dynasty, the Bengal Sultanate had enjoyed a strategic relationship with Ming China. During the rule of Jalaluddin Muhammad Shah and Alauddin Hussain Shah, this kingdom had reached at its height, when it had controlled most of the eastern subcontinent. After Sham Al-Din Ilyas Shah his son Sikandar Bin Ilyas and grandson Ghiyasuddin Azam Shah successfully expanded the military, diplomatic and architectural influence of the sultanate.

Shams Al-Din Ilyas Shah issued coins in gold and silver. In gold he issued denominations like Double-Tanka, Tanka and Half-Tanka. In silver he issued denomination like Tanka, Half-Tanka, Quarter-Tanka and One-Eighth Tanka. The Silver tanka issued by him from mint Firuzabad are very common. All his coins were struck from the mint like Firuzabad, Satgaon, Sunargaon and Shahr-i-Nau. 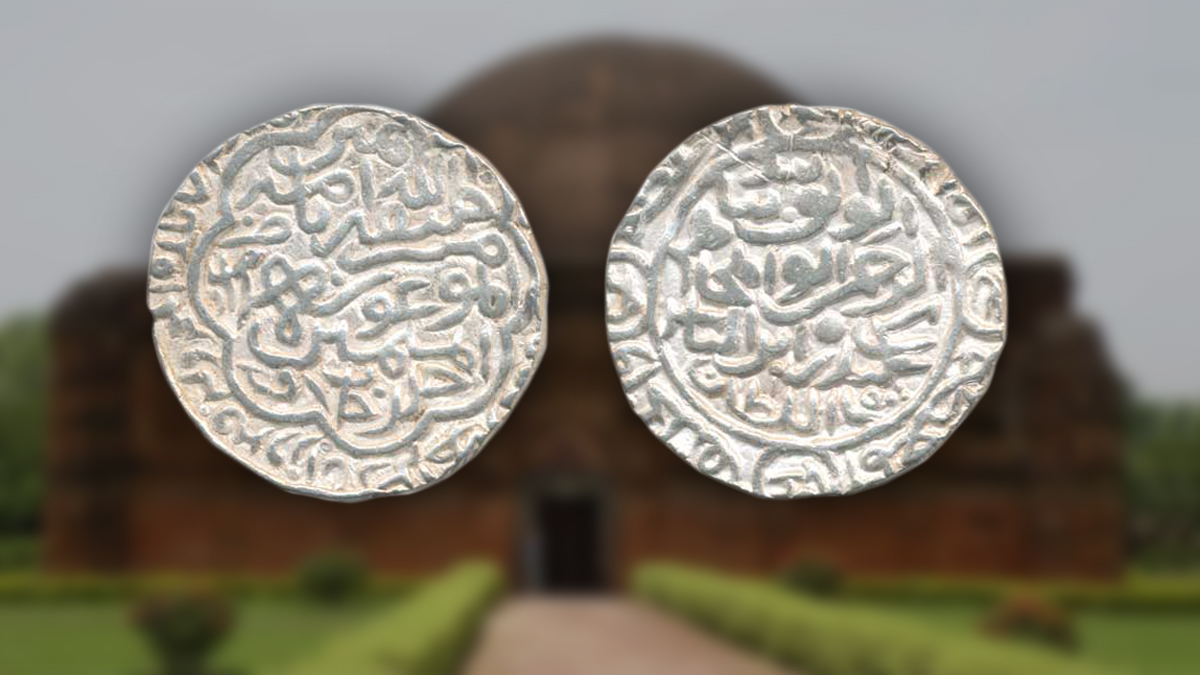 Sikandar Bin Ilyas is considered as the second ruler of Ilyas Shah Dynasty. He sat on the throne of Bengal Sultanate in the year 1357 CE and the ruled this sultanate for almost 33 years. During his reign, he had tried to maintain peace and prosperity in his kingdom. When Sikandar Bin Ilyas sat on the throne of Bengal Sultanate, he faced many difficulties from the military campaign of Firuz Shah Tughluq of the Tughluq Dynasty. Firuz Shah Tughluq had made the expedition to Bengal in 1353CE during the rule of Shams Al-Din Ilyas Shah. However, like the first expedition, the second one also proved to be a failure for the Tughluq ruler. In the last phase of Sikandar Bin Ilyas, one of his sons Ghiyath Al-Din Azam rebelled against him and declared his independence at Sonargaon in the year 1367 CE. Eventually, Sikandar Bin Ilyas got killed in the battle against his son Ghiyath Al-Din Azam at a place known as Goalpara near Pandua. The next ruler who sat on the throne of Bengal Sultanate was Ghiyath Al-Din Azam Shah. 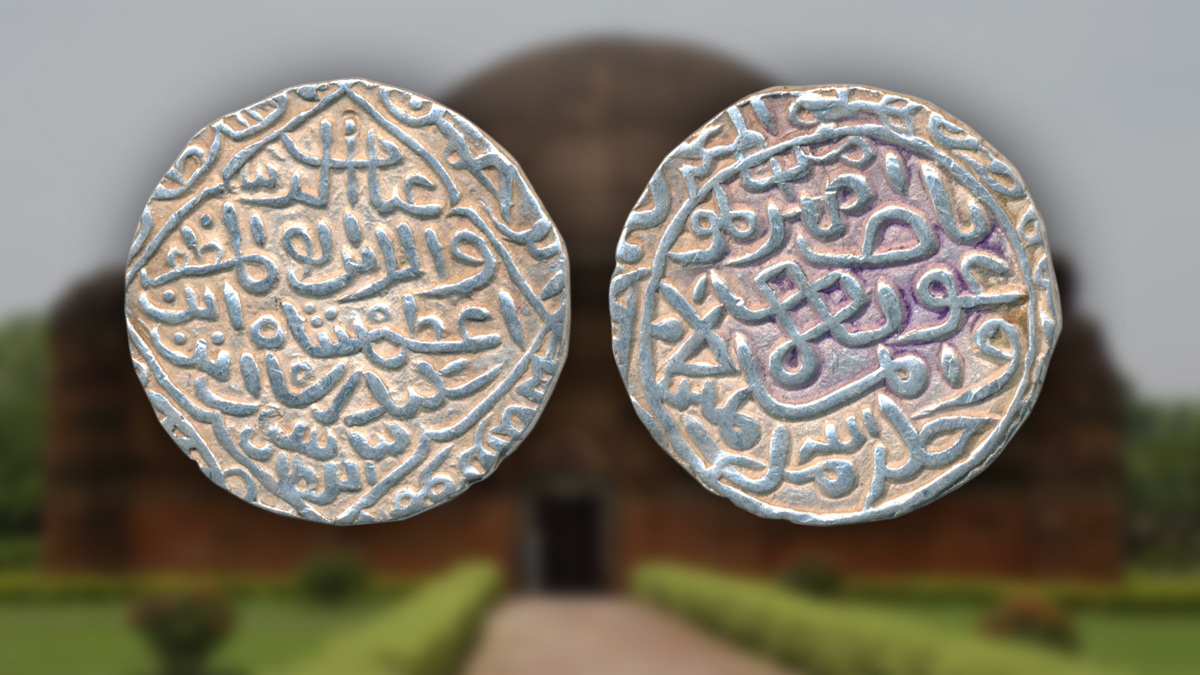 All the coins issued by him were minted in Firuzabad, Muazzamabad and Satgaon. Coins minted in ‘Arsah Chatgaon’ are rare. Ghiyath Al-Din Azam was the first ruler from Ilyas Shah Dynasty to issued coins from the mint ‘Arsah Chatgaon’. He had also issued coins from the mint Jannatabad (city of Paradise) which had been tentatively identified as Lakhnauti. 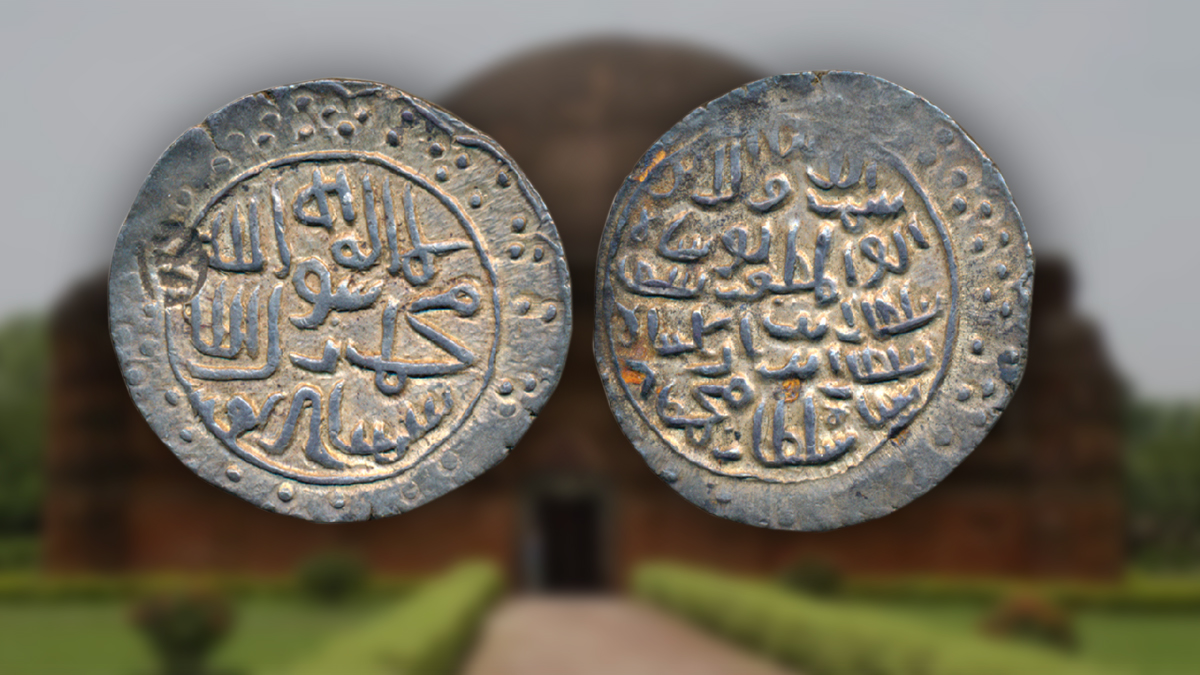 Shams Al-Din Yusuf Shah issued coins only in silver metal. Generally all the issued by him bears king’s name and title on the obverse side and ‘Shahada’ on the reverse side.