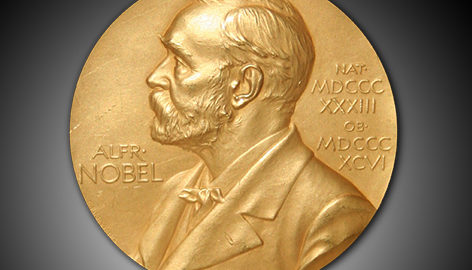 We all have heard of Nobel Prizes and the Nobel Prize winners too. Winning a Nobel Prize is a life-changing honour. Whether the laureate is an internationally known figure or a scientist or an activist plucked from obscurity, the award brings with it worldwide recognition that highlights one’s life work and provides the funds to continue and further the mission. In this blog we will trace the Nobel Laureates on Indian Stamps. But before we go into it, let’s know more about Alfred Nobel and how and why he started these awards in first place.

It all started when a French newspaper printed about Nobel’s death by mistake. In April 1888, Alfred Nobel read about his own death and read a headline that made him ponder over his legacy. The newspaper read stuff like, “The merchant of death is dead,” and described him as a person who “became rich by finding ways to kill more people faster than ever before.” These words or opinions about him made Alfred ponder over the public opinion that he would be leaving behind. Alfred Nobel, the man who invented dynamites, wanted to be forever tied to humankind’s highest achievements, and not its destructive potential.

In 1895, Nobel sat down in a club in Paris and, in handwritten Swedish with no help from a lawyer, penned a four-page document that would become one of history’s most notable last will and testaments!

He left 31 million Swedish kroner (equivalent to about $250 million today), the bulk of his estate, to be invested and the interest from which given “in the form of prizes to those who, during the preceding year, shall have conferred the greatest benefit on mankind.” Four random gentlemen at the club were asked to witness the document, which now resides in a vault at the Nobel Foundation in Stockholm, and the rest is history!

The following year Alfred Nobel died for real and with his will became a man who was no longer linked to death and destruction, but would forever be associated with progress, peace and the very best in human achievements…Such an inspiring story of introspection and determination.

Since the establishment of the Nobel Trust in 1901, a total of approximately 590 prizes to 935 laureates (as of 2018) have been awarded. As the title of the blog suggests, we are going to discuss the Nobel Laureates that are depicted on Indian Stamps. We will be looking at stamps in an order as issued by the Postal Department of India and not by the year in which the Laureates received the award. 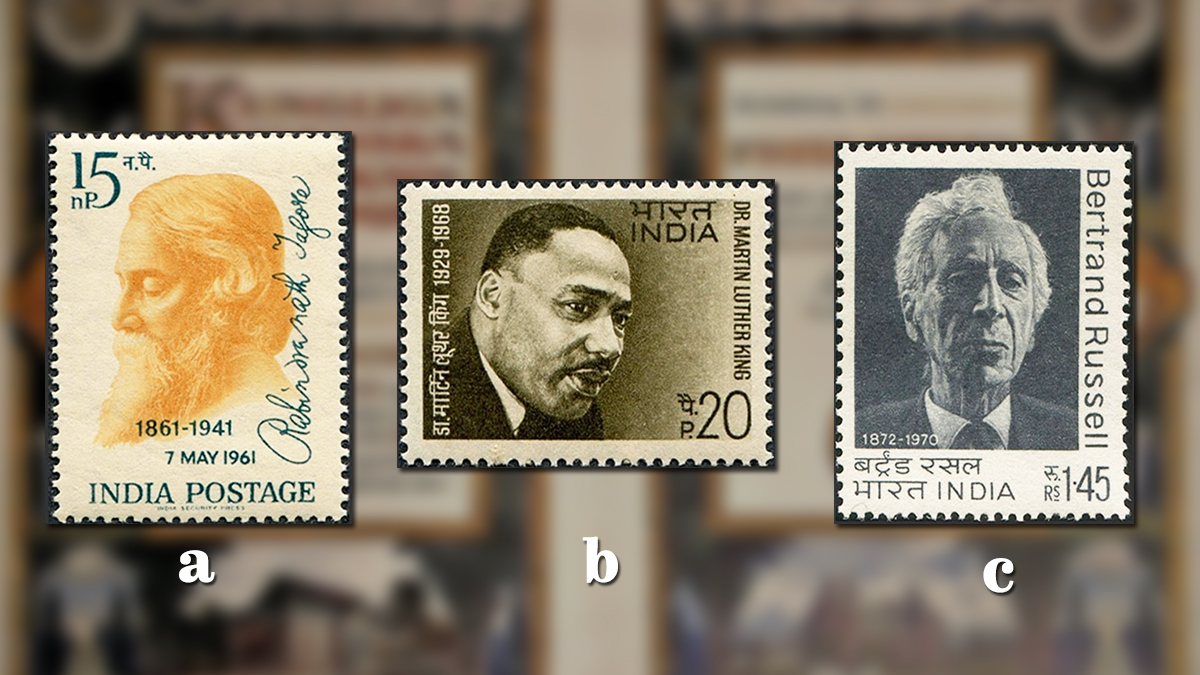 Rabindranath Tagore, one of the world’s most prominent poets, was the first non-European and first Indian to be bestowed the prestigious Nobel Prize in 1913! Often hailed as “The bard of Bengal” or “The poet of the poets”, Tagore was a person who has expertise in significant numbers of subject areas. He reshaped Bengali literature, music, as well as Indian art with contextual modernism in the twentieth century. He was the most admired Indian writer who introduced India’s rich cultural heritage to the West. At the age of 16, he released his first substantial poems under the pseudonym Bhanusimha. In 1882, he wrote one of his acclaimed poems, Nirjharer Swapnabhanga. His major work consists of Manasi, Galpaguchha, Naivedya, Khaya, and Gitanjali.

Even today, decades after his death, this saint-like man, lives through his works in the hearts of the people of India who are forever indebted to him for enriching their heritage. Many stamps were issued honouring Rabindranath Tagore in India and across the world.

The first Indian one was a 12 anna stamp issued in October 1952. On 8th May 1987, a lovely 2-rupee stamp was issued featuring his self-portrait and in May 2011, a beautiful miniature sheet was issued.

Martin Luther King Jr. was a Baptist minister and social activist, who led the Civil Rights Movement in the United States from the mid-1950s until his assassination on 4th April in 1968. He played an important role in ending the legal segregation of African-American citizens in the South and other areas of the United States, as well as the creation of the Civil Rights Act of 1964 and the Voting Rights Act of 1965.

Among several other honours, he received the Nobel Peace Prize in 1964. Martin Luther King Jr. continues to be remembered as one of the most lauded African-American leaders in history, often remembered by his 1963 speech, “I Have a Dream.”

As a philosopher, mathematician, educator, social critic and political activist, Bertrand Russell authored over 70 books and thousands of essays and letters addressing a myriad of topics. Awarded the Nobel Prize in Literature in 1950 “in recognition of his varied and significant writings in which he champions humanitarian ideals and freedom of thought”, Russell was a fine literary stylist, one of the foremost logicians ever, and a person known to have fought for improving the lives of men and women.

Bertrand Russell is credited with being one of the founders of what is now known as analytic philosophy. It is a view that emphasizes the importance of both empirical observation and logical analysis. Russell’s contributions to logic, epistemology, and the philosophy of mathematics established him as one of the foremost philosophers of the 20th century. His philosophical essay “On Denoting” has been considered a “paradigm of philosophy”.

To the general public, however, he was best known as a campaigner for peace and as a popular writer on social, political, and moral subjects. He was jailed twice, one in in 1918 for anti-war views and in 1961 for his anti-nuclear weapons stance. Active as a political and social critic until his end, Russell died in 1970 at the age of 97.

Many stamps were issued honouring B. Russell in India and across the world. A 1 Re. 45 Paise stamp was issued by India Post on 16th of October 1972 on the birth centenary of Bertrand Russell. 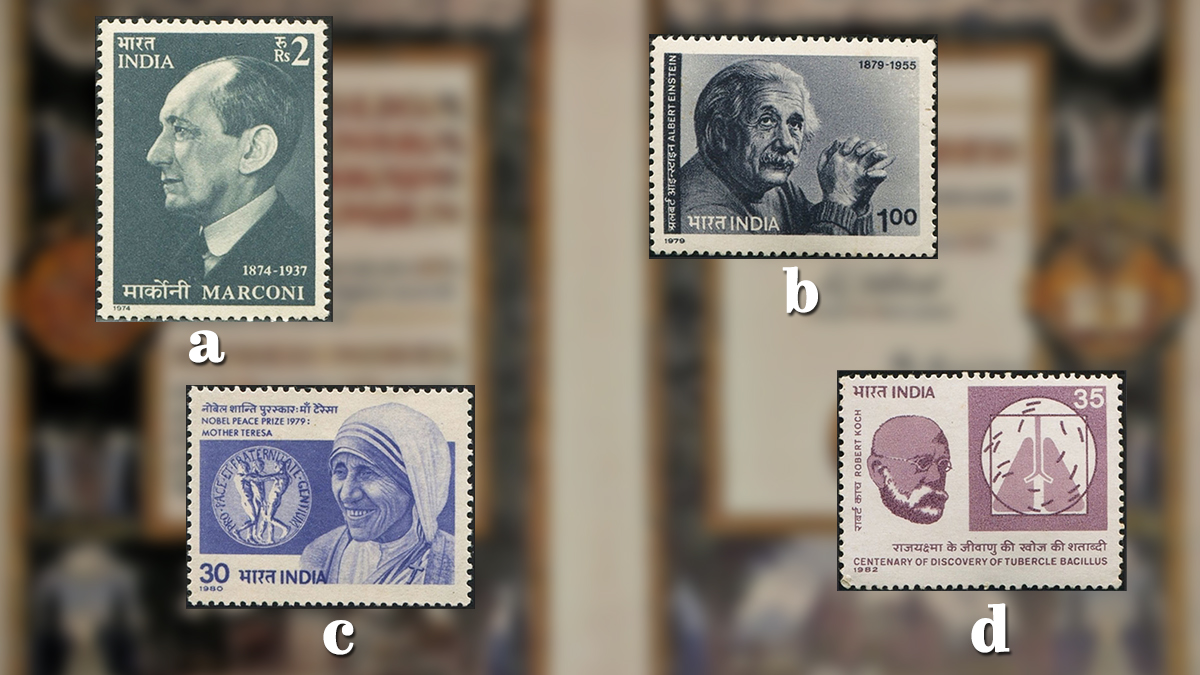 Guglielmo Marconi was an Italian inventor and engineer who developed, demonstrated and marketed the first successful long-distance wireless telegraph and on 12th December 1901 broadcasted the first transatlantic radio signal! He is known for his pioneering work on long-distance radio transmission, development of Marconi’s law, and a radio telegraph system. He is also credited as the inventor of radio.

In 1909 he shared the Nobel Prize in Physics for his radio work. Interestingly, in his Nobel Prize acceptance speech, Marconi freely admitted that he didn’t really understand how his invention worked! Whether he understood the enormity or the working logic of his invention or not we surely are thankful to him.

Since its invention, radio has played an integral role in mass communications and technological developments all through the centuries. Despite being over 100 years old, the radio is popular and educates people all over the world.

Did you know that the 700 survivors of Titanic were rescued because of “Marconi’s Men”!

As shipping companies realized the radio telegraph’s usefulness for passenger communication, navigation reports and distress signals, Marconi Company radios—operated by trained cadres of “Marconi Men”—became standard equipment. When RMS Titanic struck an iceberg on April 14, 1912, its Marconi operator was able to summon RMS Carpathia to the scene to pick up 700 survivors.

Many stamps were issued honouring Guglielmo Marconi in India and across the world. A Rs.2 postage stamp was issued by India Post in 1974 with Marconi’s portrait on it.

How many times have we tried to understand one of the world’s greatest equations – E=mc2! They say if you’ve got Einstein’s brains then you’re out of this world. This man changed the course of science with his most popular mass-energy equation.

Rumpled hair elderly professor, Albert Einstein was not only a visionary physicist but also a pre-eminent scientist whose theories and discoveries profoundly affected the way people viewed the universe. He developed the general theory of relativity, one of the two pillars of modern physics apart from quantum physics. Einstein’s work is also known for its influence on the philosophy of science.

In 1905, in what’s been called Einstein’s ‘miracle year’, he publishes in his spare time four visionary papers. The first paper answered the age old question, ‘what is light’. In another paper the 26 year old, discovers something what now we take for granted, the existence of atoms. The third paper ascertains his most famous equation E=MC square and his last paper on special relativity certainly blows all minds.

In 1915, Einstein completed his paper on General Theory of Relativity, and brought to the world a fuller understanding of the interaction of space, time and gravity. He received the 1921 Nobel Prize in Physics for his “services to theoretical physics”, in particular his discovery of the law of the photoelectric effect, a vital step in the evolution of quantum theory.

Many stamps were issued honouring Albert Einstein in India and across the world. India Post on 14th March, 1979 issued a horizontal stamp on Einstein’s birth centenary depicting his portrait.

A figure wearing a blue bordered coarse cotton white sari walking on the streets of Calcutta (Kolkata) helping people, held a deep affection not only with the people of Calcutta but also with the whole nation. This person was none other than Mother Teresa.

Mother Teresa was born in Albania on 26th August 1910. At the early age, she cherished the desire to- ‘Go out and give the love of Christ’. The Irish Order of the Sister of Loreto inspired her at the age of 18. This desire brought her to India on 6th January 1989 and she began teaching geography at St Mary’s High School in Calcutta.

In 18th August 1948, Mother Teresa left the church and dedicated her life to helping the poor in the bustling streets of Calcutta. In 1950 she founded Missionaries of Charity in Calcutta. Today this charity consists of 1800 nuns, 250 brothers and thousands of lay co-workers who serve the sick and the poor in over 30 countries worldwide.

Many stamps were issued honouring Mother Teresa in India and across the world. To commemorate this Nobel Laureate, India Post issued a 30 paisa postage stamp in 1980.

Koch created and improved laboratory technologies and techniques in the field of microbiology, and made key discoveries in public health. His research led to the creation of Koch’s postulates, a series of four generalized principles linking specific micro-organisms to specific diseases that remain today the “gold standard” in medical microbiology. Koch received the Nobel Prize in Physiology or Medicine in 1905 for his research on tuberculosis. Tuberculosis (TB) is a serious illness affecting the tissues especially in the lungs. Robert Koch, who had conducted a range of important studies on illnesses caused by microorganisms, discovered and described the TB bacterium in 1882.

Furthering his research with microbiology, in 1883, Koch travelled to Egypt and India to investigate the causes of cholera and discovered the cholera bacillus. He tracked its transmission by way of polluted water and pointed out that it could be controlled by keeping drinking water clean.

Recipient of many accolades and honours, Koch was awarded The Nobel Prize in Physiology or Medicine 1905. By his achievements in this field, Koch may be considered to be the father of the scientific study of tuberculosis. On the occasion of the centenary of Koch’s discovery of the tubercle bacillus, India Post issued a 35 Paise commemorative postage stamp in 1982.

We have so many more Nobel laureates that have been commemorated on Indian stamps. We will discuss about them in our future blogs. Stay tuned to know more about the Nobel Prizes and prize winners as well! Hope you enjoyed this blog…