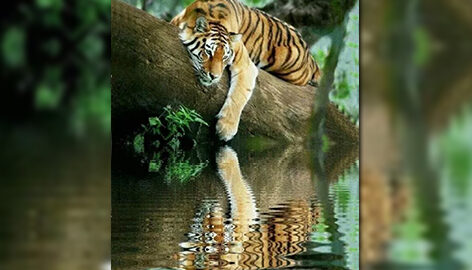 The Indian subcontinent is home to a larger variety of wildlife, it said to the biodiversity hotspot with its various ecosystems ranging from the snow-clad mountain of Himalayan ranges to the evergreen rain forest of Vandalur and Wayanad.  Indian is the most bio-diverse region of the world and contains 3 of 26 biodiversities the Western Ghats, the Eastern Himalayas, and the Indo-Burma hotspot. The government of India also issued a series of definitive stamps called Wildlife series 1963 to celebrated wildlife week. 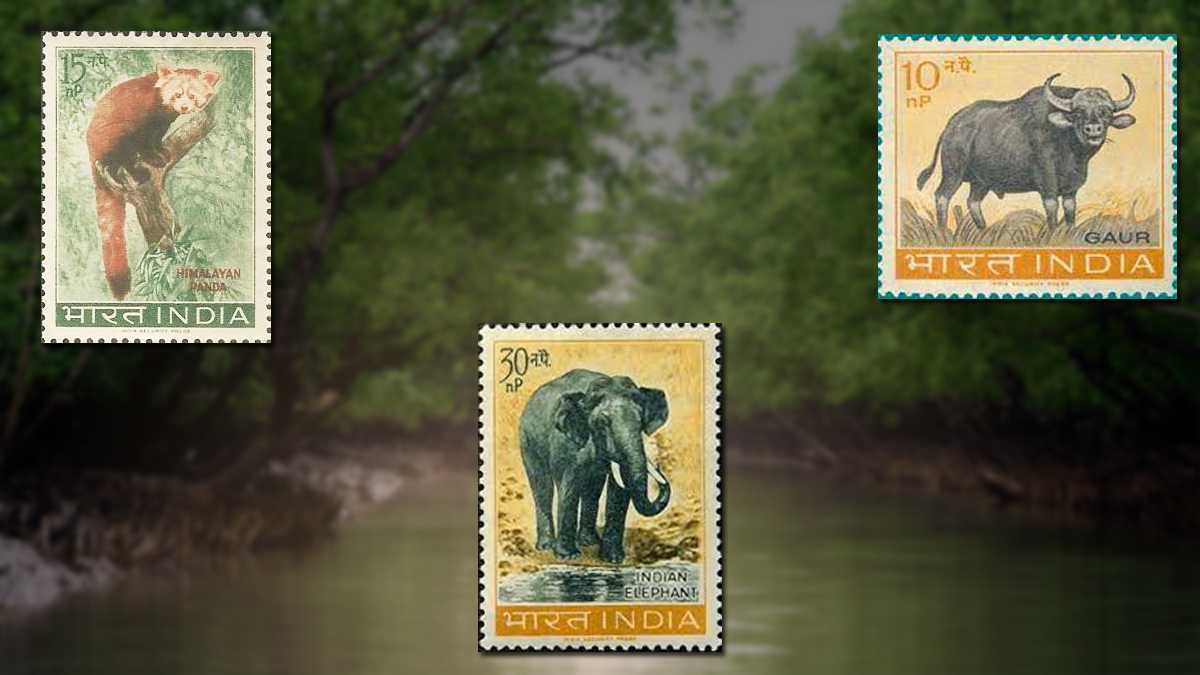 Very few animals can boast of the greater beauty than the Red panda of the greater Himalaya. The bright chestnut colour and white facial marking, pointed ears and black nose, dark underpants and faintly ringed tails. The inhabitants of the middle ranges of the central and eastern Himalayas. They are found in fairs number in Nepal, Bhutan, Sikkim and northeast Frontier Agency of India.

India Post issued a beautiful image of soft Red Panda on the 15 Naya paisa Stamp of India Post in 1963. It depicted Panda in its Beautiful habitat which reflects the celebration of the Wildlife series 1963.

In many parts of India, Burma, Malaya and Indonesia this great Indian elephant is found. Due to the expansion of civilianization, the shirking of elephant habitat is evident, so numerous full protection laws are practised. Indian government recognised this animal as the heritage animal of India. Slightly smaller than African cousins, the Indian elephants are believed to possess much intelligence.

India post issued 30 Naya Paisa definitive to commemorate the great Indian mammal during the Wildlife week in 1963. This series of an animals postage stamp was issued to mark the protection sanction by the Indian government and to recognized the world awareness about the importance of wildlife

Most magnificent of all the world bovines measuring to 6 feet 4 inches at the shoulder and weight around 200 pounds. It lives in the forest areas of the northeast and south India. It is mistakenly called bison by sportsmen but it’s not bison. It is the wild ox and a much larger and finer looking wild animal than the true bison of America.

India Post issued a stamp of value 10 Naya Paisa to commemorate the great Indian Gaur and celebrated Wildlife series 1963. The Gaur has great value in the northeast customer and markets. It is also a great honour to capture the northeast tribal community. 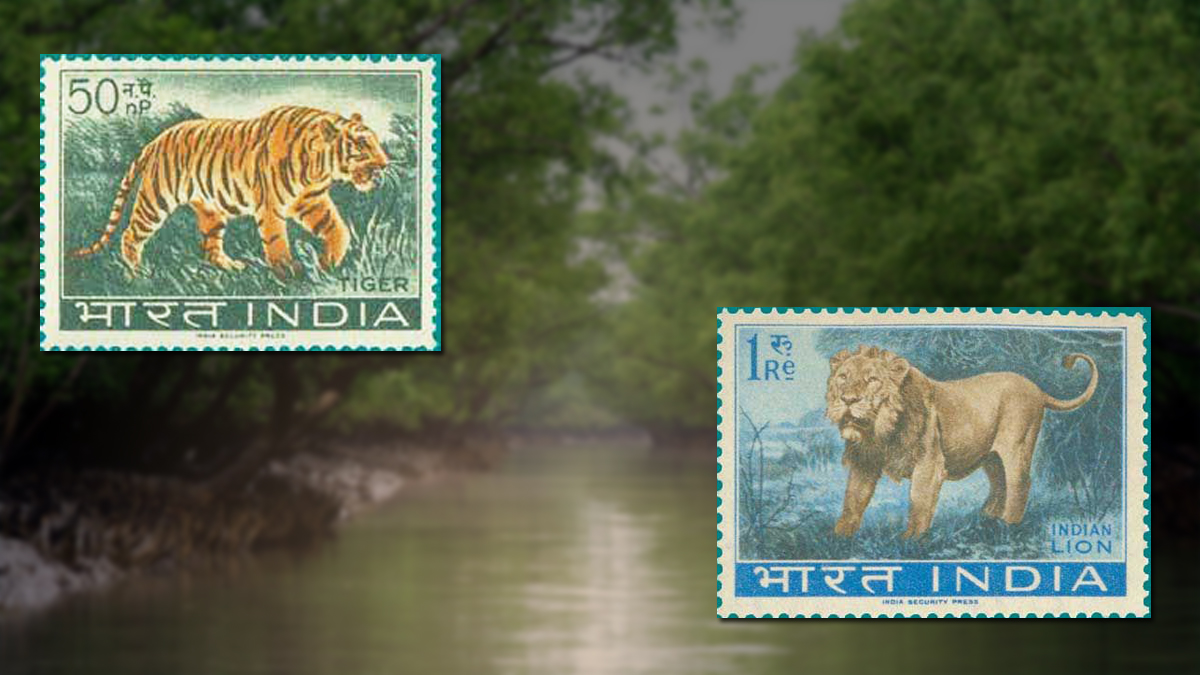 The National Animal of India, the protagonist of the Save Tiger Project. The great predator of the food chain in the Indian ecosystem of the Bengal Tiger of Sundarban. This predator is seen in the green jungle or the green grasslands of the green Indian Terrance from Gujarat to Assam and Himalaya to Kerala. He is also called the King of Sudarban forest and the great hunter of the Ganga Plains.

Indian government project save the tiger is launched to not only save this endangered Species but to save the environment and great Indian ecosystem. Their also white tiger that appeared specially in the old princely state like Rewa and these are partially albino. No black tiger has been recorded though black leopards are fairly met within the south and northeast India.

India Post issued a 50 Naya Paisa stamp to commemorate the progress of the Indian Protection Act for Wild species which included this animals postage stamp in the Wildlife series 1963 definitive stamps. The year 1963 celebrated wildlife week worldwide to protect the wild species and the world natural habitats. India post has issued around 6 commemoratives and definitive stamps to mark the Bengal tiger.

The grassland of Gir or Gir forest is home to a small population of Asiatic lions. Indian lions were found mostly in the north and northwest part of India. since 1884, they have survived only in what is now the Gir Forest in Gujarat state.

According to the Government records at the start of the century, there were only 100 lions in the Gir forest. They increased by 250 in till 1955. Indian Lion is similar to African lions but the size is smaller than their African cousins. The Gujarat habitat used 2,00 square miles of land to reserve to protect these big cats.

India Post issued 1 rupee definitive Indian stamp to celebrate wildlife week in 1963. This stamp series is one of the first stamps to depict the wildlife of India on the stamp.

The animal honoured went to the One-horned Rhinoceros, in 1962, it is also seen as one of the first animals depicted on the definitive stamps. They’re also many Indian Commemorative Postage stamps issued in the 1970s and 1980s. Indian lions also issued

The notion to bring out stamps on a particular subject is considered by the Philatelic Advisory Committee, consisting of some members of Parliament, philatelists and artists. The Committee was active in the 1980s. Since then, it meets only spasmodically and seems to merely approve the list submitted by the Department of Posts.

The 1970s saw a wave of fanaticism for wildlife went across the nation. George Schaller’s work  The Deer and the Tiger published in 1967 was a slap in face for many people. Salim Ali’s work had added fame to birding and E P Gee and M Krishnan were ideas in dailies about wildlife. Prime Minister Indira Gandhi’s interest in the preservation of wildlife was shown in the declaration of many new sanctuaries and biospheres creation. The Wildlife Protection Act of 1972 recognized the importance of wildlife.  In 1975, one of the best wildlife stamp series featuring the Indian Pitta, Black-headed Oriole, Western Dragoon, and Monal Pheasant was released.

In the last twenty years,  the standards of wildlife stamps have been decreased. As the example of the two stamps released in 2005 featuring the Takin and Clouded Leopard.  The portrayal was a little less artistic than previous issues.