India is rich in all the aspects! Along with its peculiar melange of cultures and traditions, India has wide spectrum of flora and fauna too. Being the seventh largest country of the world, India has a variety of geographical zones with at least three major biodiversity hotspots. It is also one of the 17 mega-diverse countries of the world. The region’s diverse wildlife is preserved in more than 120 national parks, 18 Bio-reserves and more than 500 wildlife sanctuaries across the country. India Post has always attempted to honour the uniqueness of India on its stamps. On October 1st 1976, India Post issued a set of four stamps commemorating the untamed wildlife of India. In this blog we will be discussing about the various types of Animals on Indian Stamps. 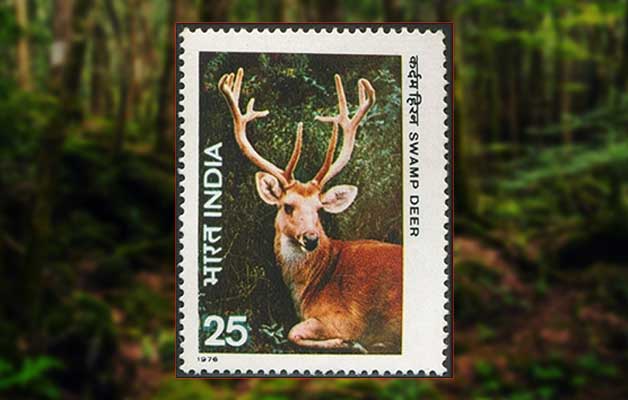 Swamp Deer: Also known as “Barasingha” these Swamp Deer are widely found in the Indian Subcontinent. It’s distinctive antlers have more than 3 tines and some of deer are found to have as many as 20 tines, hence the name “barasingha” meaning “twelve-tined”.

A ‘Vulnerable’ species of India, swamp deer are mostly found along the base of the Himalayas from Upper Assam, a few places in the Indo-Gangetic plain and the area between the Ganges and Godavari. These herbivores are threatened by poaching for antlers and meat, depleting wetlands and illegal farming.

This exotic animal of India has also made an appearance in Kipling’s “The Second Jungle Book” and is the state animal of Madhya Pradesh and Uttar Pradesh. A stamp with the face value of Re. 0.25 commemorates Swamp deers. 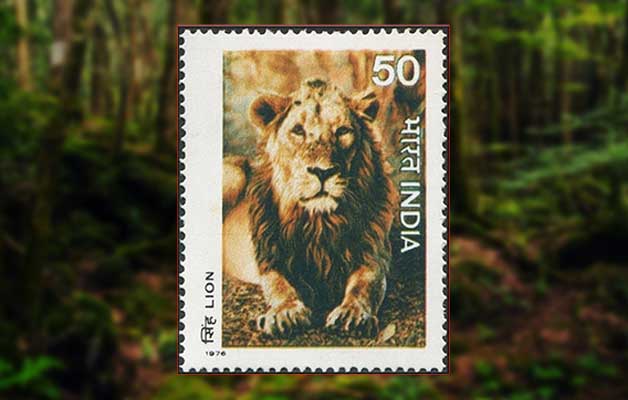 Lion King of India: One of the five majestic cats of India, the Asiatic Lion or the Indian lion is different from the African lion with its less developed mane, larger tail tuft, a distinctive fold of skin on the belly and is smaller in size. The historical range of the Indian Lion extended from Turkey, Persia, Mesopotamia in the west to Indus River, to Bengal, and to the Narmada River in Central India. But sadly today their population is limited mainly to Gir Forest National Park in Gujarat.

By the turn of 20th century the existing Indian Lion population of Gir, the only Asiatic lion population in India, was protected by the Nawab of Junagarh in his private hunting grounds! This helped conserve and protect these Asiatic lions from being extinct.

The Asiatic Lion is listed as Endangered on The International Union for Conservation of Nature (IUCN) Red List because of its small population size of an odd 523 individuals in total. They are now bred in captivity in zoos from across the world. 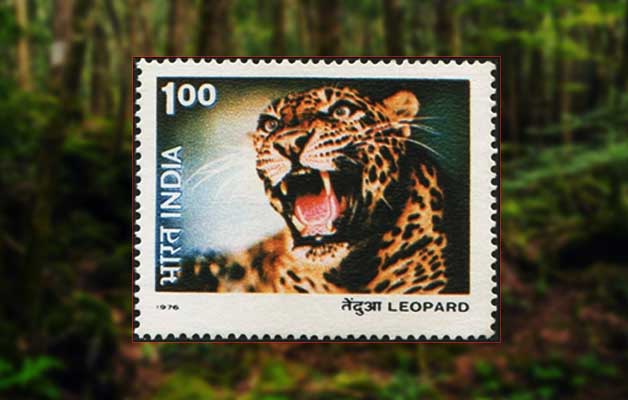 Indian Leopard: Yet another big cat from the Indian sub-continent. The species of Panthera pardus fusca, the Indian leopard has larger rosettes than the other subspecies, with a paler coat in desert habitats, greyer in colder climates and more ochre in rainforest habitats. These solitary predators have a pattern of rosettes that is unique to each individual and can be used to tell them apart.

Being good climbers, the Indian Leopards are mostly found in forests. As they find a perfect camouflage at night, leopards are nocturnal by nature and have a very board diet of medium-sized herbivores.

The population has been severely affected by poaching for the illegal trade of skins and body parts, loss of natural habitat and ecosystem decay. The IUCN Red List has declared the Indian leopard as Vulnerable and a new threat to them is their conflicts with the humans in areas located closer to human settlements. 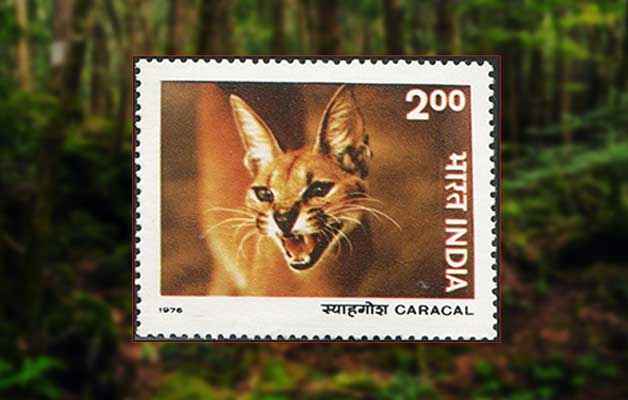 Indian wild cat: The Caracal:  The caracal is a medium sized wild cat native to Africa, central Asia, Middle East and India. Though listed as Least Concern on the IUCN Red List it is fast approaching extinction in India. Conflicts with human over livestock, rapidly depleting natural habitat and advancing deserts are major factors that endanger this secretive and difficult to observe cat.

Even though the caracal is typically active during the night time, its day time activities can easily go unnoticed because of its perfect camouflage. As a carnivore, the caracal preys upon small mammals, birds and rodents.

The average life span of a caracal in the wild is around twelve years and seventeen in captivity. Caracals had appeared in Indian paintings dating back to seventeenth century and were also tamed and used for hunting in ancient Egypt until the 20th century.

The exploitation of land and forest resources by humans along with capturing and trapping for food and sport has led to the extinction of many species in India in recent times. The Indian government has established eighteen biosphere reserves of India which protect larger areas of natural habitat and often include one or more national parks and/or preserves, along buffer zones that are open to some economic uses.

If we intend to pass to this rich flora-fauna to our future generations then we should take care and protect these species. It’s high time that we “Live and Let Live”!