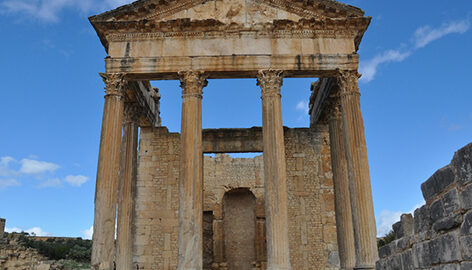 The architectural and monumental coin-type of the second century AD are of considerable interest and importance to student of the architecture and topography of ancient Rome. No fewer than forty-five building and monument. Although the material culture of the Roman Empire is replete with illustrations of built structures, for centuries scholarship on architectural depictions has focused almost exclusively on particular issues of topography and reconstruction, rarely moving beyond such questions as “which building is depicted?”, So old Roman imperial coins is the most helpful way to understand the structure and recreate it to preserve them. 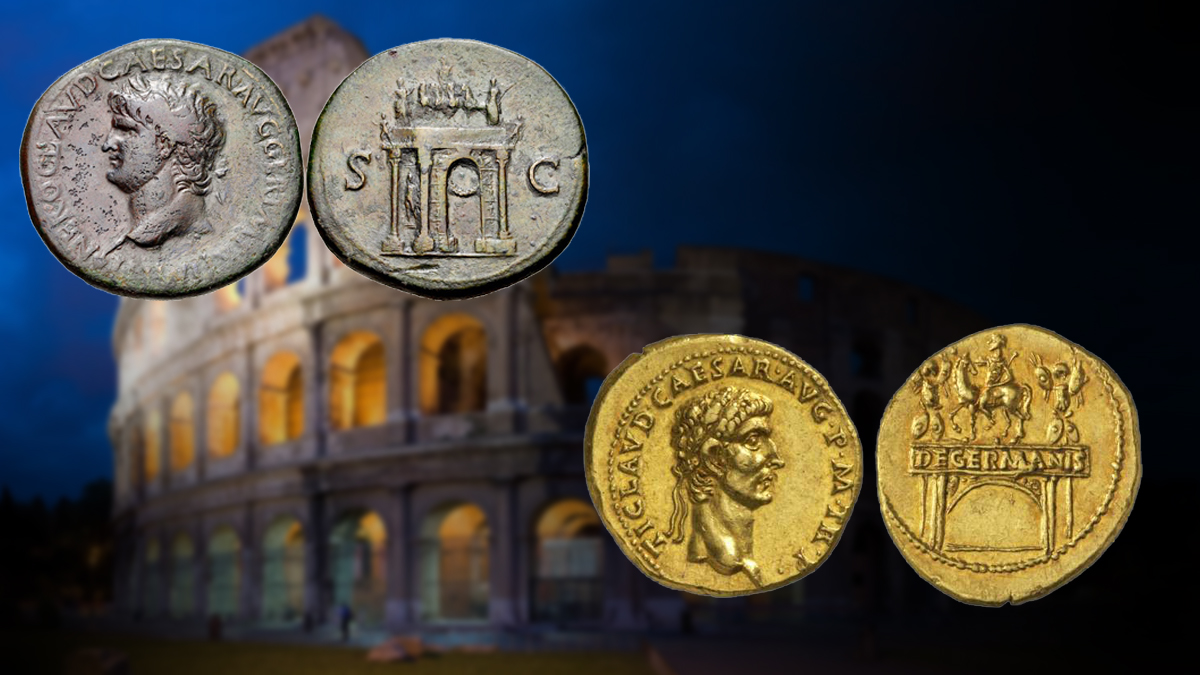 Emperor Claudius, the 1st Emperor of Rome born outside Italy, was an ambitious builder. Claudius constructed many roads, aqueducts, Arcs and canals across the land. His conquest of Britain marked him in the history as a conqueror. His victory over Britain was commemorated by the erecting the Arch of Claudius.

This arch was constructed in AD 51 and was called as the Triumphal Arch. Thought today this arch is lost, the inscription is safe in the Capitoline Museums. The structure of this arch can be reconstructed through coins.

The old roman gold coin of Emperor Claudius depicts this arch on the reverse side. The above-shown coin is a fine specimen which depicts this arch. The obverse of this coin depicts the bust of Claudius. This type of coin was issued in AD 46-47 and also in AD 49.

Emperor Claudius also constructed arches of Aqua Virgo and late on, his victory over Germany was commemorated by erecting yet another arch which was depicted on old roman imperial coins.

The evidence of the bygone era can always be traced through the troves written by the historians or by archaeological excavations. Many of these past legends are destroyed, today their appearance and evidence are known only through numismatic research.

The above-shown bronze sestertius of the esteemed Emperor Nero of Rome gives us the ocular record of the triumphal arch of Nero which is a mystery to us today. This coin was issued from Lugdunum (Lyon) mint around 65 AD. This arch is depicted on the reverse side of this coin with a single bay mounted on a Quadriga (chariot pulled by four horses).

This arch was constructed to celebrate and commemorate the victory of the Roman military against the Parthians in Mesopotamia and Armenia. This arch was probably destroyed after the death of Nero in 68 AD but it depiction can be seen on other old roman imperial  coins. 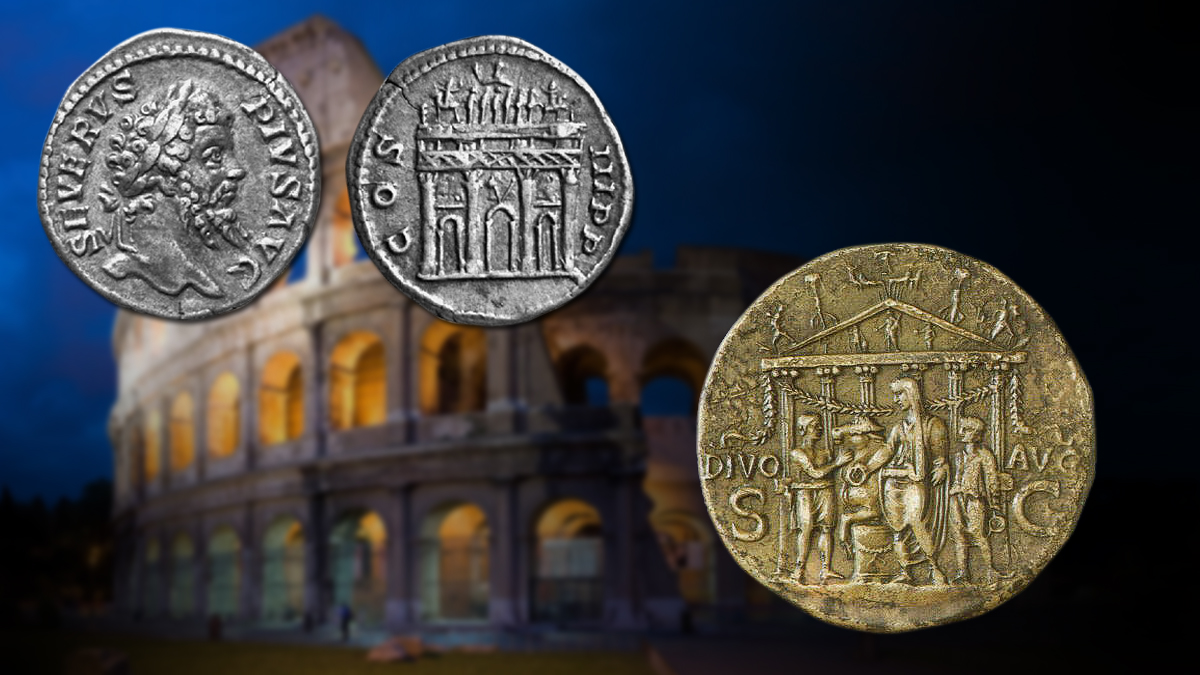 The temple of Augustus is dedicated to the first Roman Emperor- Augustus. This temple is located in the City of Pula. According to scholars this temple was probably built during the emperor’s lifetime somewhere around 27BC to his death in 14 AD.

This temple was built on a podium with a tetrastyle prostyle porch of Corinthian columns and measure about 8 by 17.3 m and 14 m high. It is considered are one of the best complete temples outside Italy. This temple is a part of the triad.

The Arch of Emperor Septimius Severus was built to commemorate his victory over Parthians in 203 CE with his sons Caracalla and Geta.

This arch stands tall at the northwest end of the Roman forum made from white marble. The above-shown silver denarius of Roman emperor Septimius Severus illustrates this Triumphal Arch with four columns surmounted by a chariot of six horses with horsemen on either side on the reverse flan. This arch again appeared on the denarii of 206 CE in the name of Severus to celebrate his 15th coronation anniversary and other ancient roman coins.

The quadriga above this arch was topped by Severus and his sons, it also consists inscription of all three. Later on, Caracalla removed Geta’s name from inscription after assassinating him. This arch of Severus survived the tide of time because a Christian church incorporated it into its building and remained the owner of this arch. Thus the arch was not demolished for building material and today it’s the best preserved Roman monument till date.

These old imperial roman coins depicts the Roman monuments, they are the most favored and sought out premium coins by collectors and historians. These antique roman coins give a valuable perspective to reconstruct the appearance of the buildings which no longer exist.

According to Architectural coin types : reflections of Roman society, ‘ A case study on the find spots of architectural coin types further indicates that the Roman state was targeting certain segments of society with images relevant to their station. In the late Roman Empire, architectural images became more abstracted and referred less to extant monuments. This was the result of the decentralization of political authority from Rome and the establishment of imperial mints across the Empire to strike a uniform coinage. Architecture on the roman era coins and of the Greek East was inspired by the imperial coinage, but the provinces were also highly innovative. After the closure of the provincial mints and the establishment of imperial mints across the Empire, local traditions of architectural representation were preserved on the late imperial coinage.’

Website (digital book ) : Buildings and Monuments of Rome on the Coins of the Second Century, AD 96-192: PART 1