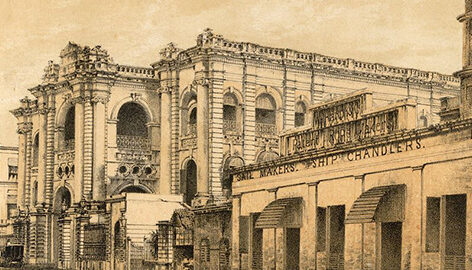 The origin of the universe can be explained by modern astronomers and astrophysicists, while archaeologists and historians try to clarify the origin of human societies. A mythology is a collection of stories about a specific culture or religion. They often feature supernatural characters.
Cultures around the world are filled with such ales about relationships between gods and humans. In the distant past, however, before any sciences existed, the beginnings of the world and of society were explained by MYTHOLOGY. Mythology is a common topic of expression through artwork. Not just dance; painting, sculpting, the mythology is a way of expression during many facets of day to day life. Even on Indian coins, stamps, and banknotes Mythology is featured with distinct concepts. The blog covers the topic: Mythology Featured on Early Indian Banknotes.

As the British colonial reign strengthened in India over the years, their paper currency became the new normal. More denominations came in, layouts evolved; more languages and details were introduced. In the 18th Century, the Bank of Hindostan General Bank in Bengal and the Bengal Bank became the first banks in India to issue paper currency i.e. during this time paper money was first issued in British India. Explained here is the Mythology Featured on Early Indian Banknotes.

The Commercial Bank of India, also known as Exchange Bank was a bank that was established in Bombay Presidency (now Mumbai), in 1845 of the British Raj period. Though the bank only operated for 20 years, it was the first step of Banking in India. The bank is known for Mythology Featured on the Banknotes. The uniface banknote of Eight Sicca rupees depicts at least three different mythologies on it; which are given as follows. 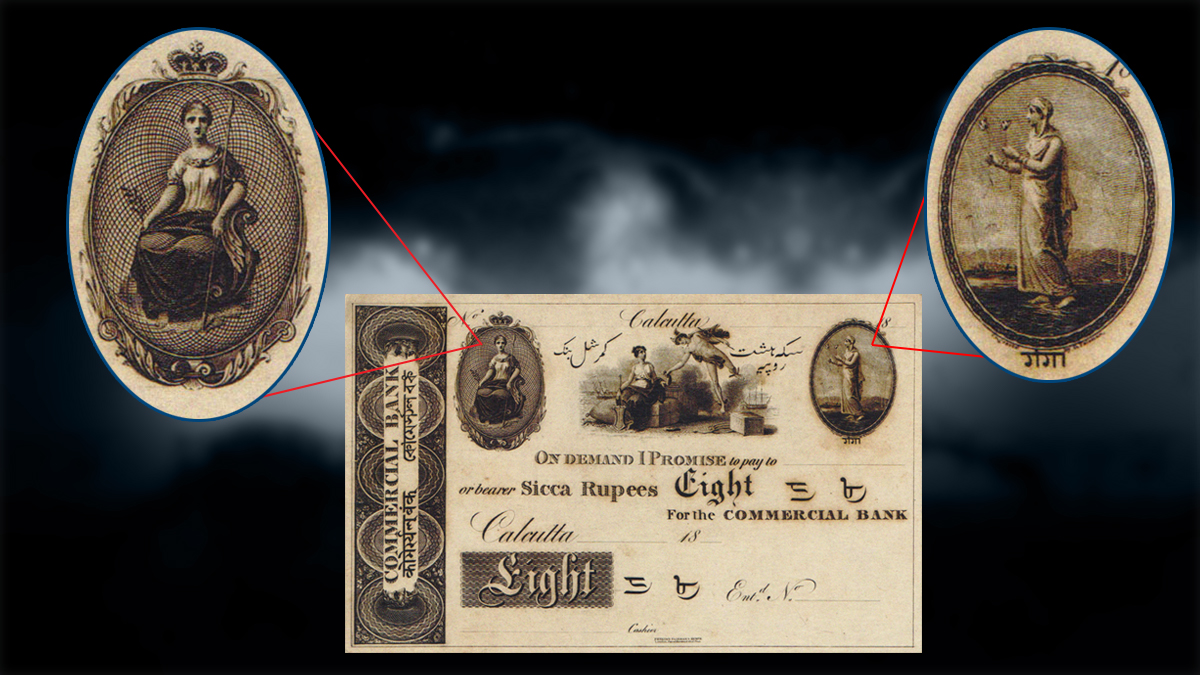 Ganga: The River Ganga has a great spiritual and symbolic significance in Hinduism. It is undoubtedly the most sacred river of Hindus. In the Hindu pantheon and ritual worship, Ganga is revered as a goddess.  According to the legends and Puranas, the goddess Ganga used to flow in the heavens. It was brought to the earth by the penances of a sage named Bhagiratha. Ganga has been given a humanized form in India who appears in many stories and artwork. Ganga appears on the Eight Sicca Rupees in the Oval Vignette on the right corner. She is shown draped in Indian Clothes and holding a lotus flower in both the hands.

Britannia: Britannia is the Latin name of Britain. It has been used in several different senses, including that of the national personification of the United Kingdom. Britannia is the name given to the female personification of the island, and it is a term still used to refer to the whole island. In the 2nd century, Roman Britannia came to be personified as a goddess, armed with a trident and shield, and wearing a centurion helmet. Britannia’s Mythology Featured on Early Indian Banknotes in a sitting image holding a scepter and an olive branch.

Mercury and Commerce: The Vignette in the center of the Eight Sicca Rupees depicts Mercury handing over money to personified ‘Commerce’ who is sitting on merchandise. Mercury is a major god in Roman religion and mythology. He is the god of financial gain, commerce, eloquence, messages, communication (including divination), travelers, boundaries, luck, trickery, and thieves. He is often depicted holding the caduceus in his left hand. Commerce, on the other hand 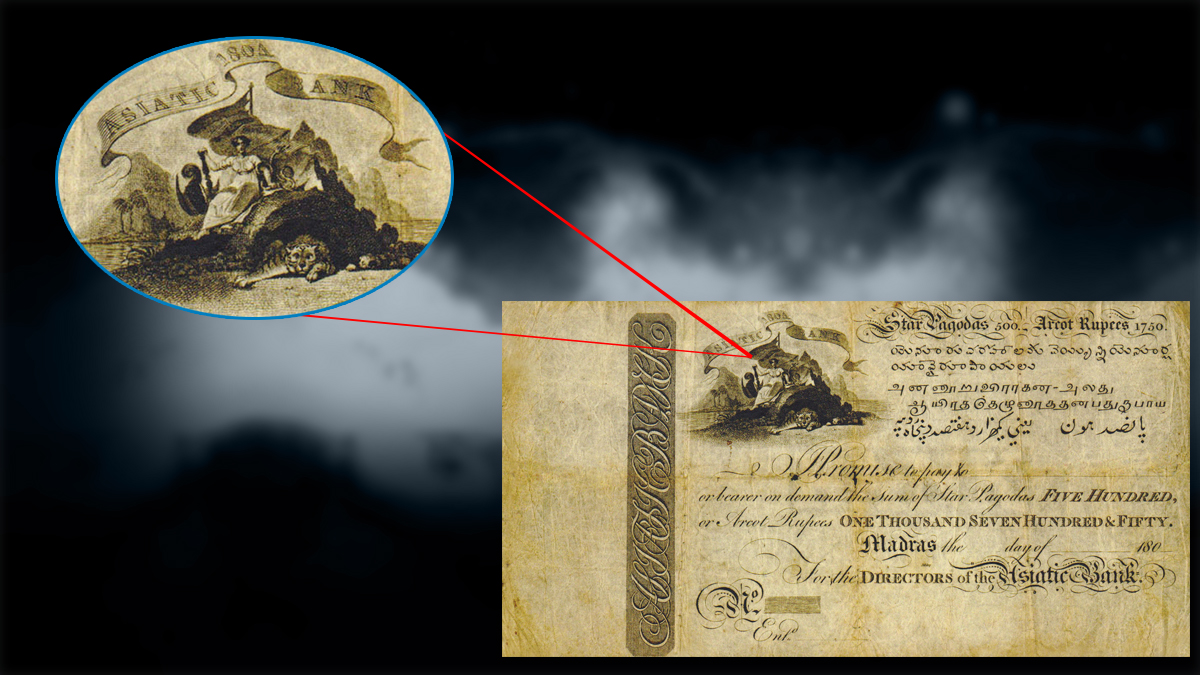 Next in the Mythology Featured on Early Indian Banknotes is the 1750 Arcot Rupee of Madras Presidency which depicts the personification of “India”. Known as “Bharatmata” (Mother India), the country is believed to be the mother of every Indian citizen.

The 500 Star Pagodas or 1750 Arcot Rupee note bore a vignette of the personification of “India” sitting under a pennant that reads “Asiatic 1804 Bank”. A tiger sits at her feet while she holds a snake in her left hand and a mace in the right. The background shows the scenery of hills and water.

With the Coinage Act of 1835, uniform coinage throughout the country comes. And in 1858, Mughal Empire subsequently ended and the British crown gained control over one hundred princely states and so, the images on the coins were replaced by portraits of the Monarch of Great Britain Supremacy. Mythology Featured on Early Indian Banknotes came to an end and was replaced by the portraits of the Kings and Queens of Britain.