Kingdom of Mysore was a kingdom founded in the South-Indian region in 1399 CE. This kingdom was founded by Yaduraya in the region of the modern city of Mysore. The Kingdom of Mysore was ruled by the Wodeyar family, who once served as a feudatory of the Vijayanagara Empire until the empire’s decline in 1565.

The Kingdom of Mysore got its name from the demon’s name Mahishasura. Mysore was ruled by a demon king Mahishasura; a buffalo-headed monster. He came from the place named Mahishuru, the city of demon Mahisha. Mahishasura was killed by a Goddess Chamindeshwari, whose temple is situated at the top of Chamundi Hill. Later, Mahishuru became Mahisuru and finally came to be known as Maisuru, its present name in the Kannada language. The anglicized form of the name is Mysore. In this blog, we are going to discuss the mighty kings of the Kingdom of Mysore and their coinage.

The Wodayar dynasty was the ruling dynasty in the southern Karnataka region. The term Wodayar is derived from the Kannada word “Lord” or “Lordship”.  The ruler of the Wodayar dynasty traces their origin from Lord Krishna. According to legend, when the city of Dwarka drowned in the ocean, Lord Krishna asked Parvati to protect his descendants and make them ruler of the Southern region of Yadushaila. As per his wishes, Parvati brought Krishna’s descendants to the Chamundi hills in Mysore and made them rulers there. The Wodayar dynasty ruled over the Kingdom of Mysore for more than 500 years. The rulers of this dynasty had ruled over 5 centuries headed by 25 Kings.

After the fall of the Vijaynagar Empire and the establishment of the Wodeyar dynasty on the throne, the Wodeyar dynasty tried to expand their territory. Both the Wodyear dynasty and their neighbor dynasty fight instantly for only temporary gains. The dynasties like The Maratha, the Mughals, and the Nizam tried to dominate south India. They sent army after army into the south, where a state of chronic warfare persisted into the early 19th century. 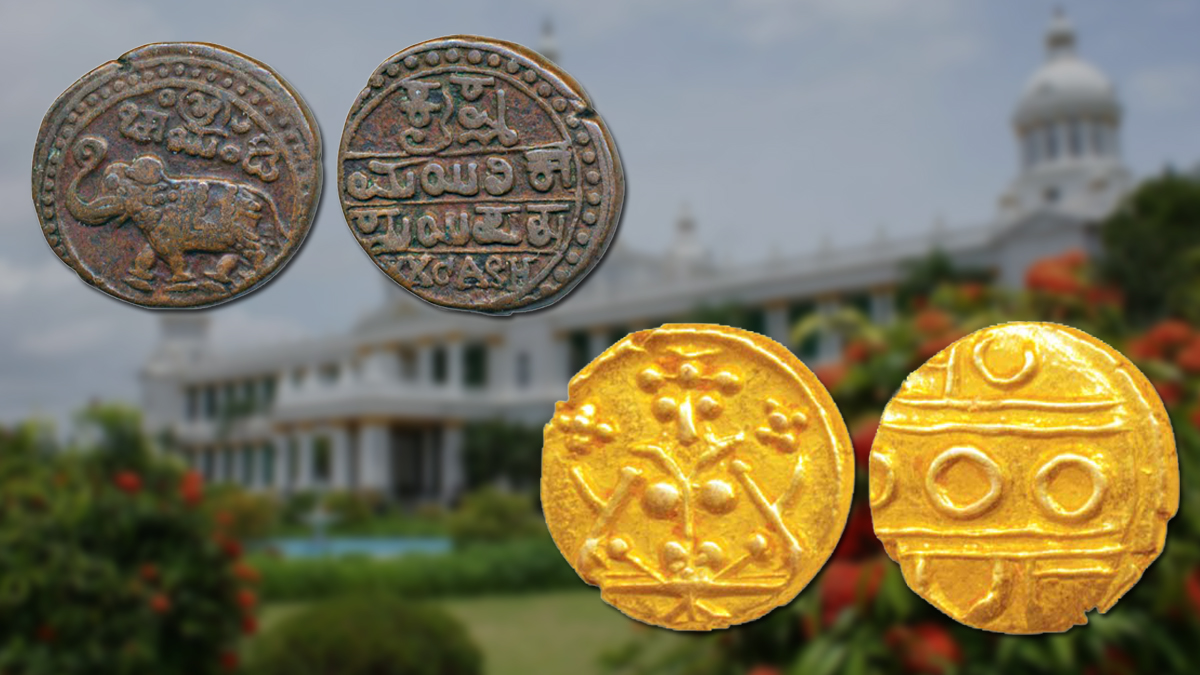 In the first half of the 18th Century, most of the rulers of Mysore were ruled by the kingdom’s delavoy Prime Minister. These Prime Ministers tend to act more for their self-interest than for the good of Mysore. In 1750, when delavoy Nanjirajaraiya was forced to retire and both his power and authority did not pass to the Mysore king but was reverted by Hyder Ali. During that time Hyder Ali was an officer in the Mysore army. Though, Hyder Ali was appointed as a soldier in the army of the Wodeyar dynasty he quickly rose to the post ‘Commander in Chief’ by Krishnaraj WodeyarII due to his professional skills.

In the year 1761, he rose to the position of Chief Minister. During his time he fought very hard against military advances of the British East India Company in the first and second Anglo Mysore War. When Hyder Ali rose to the authority of the king, his role became very important for the Mysore. After being in charge of Mysore, he reorganized and improved the Mysore army on European lines and actively sought the further expansion of the kingdom. 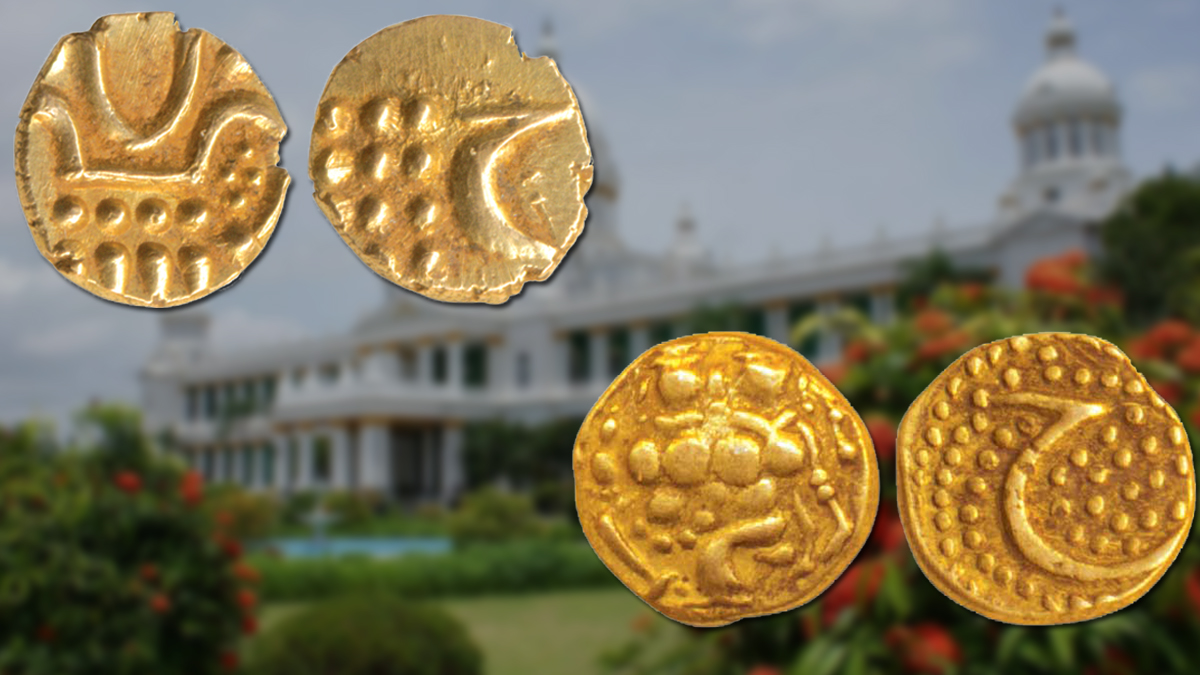 King Hyder Ali also issued the coins with the Kannada numerical and Arabic letter 222 on the obverse.  The coins issued by Hyder Ali like Bahaduri Pagoda, Half-Pagoda, and the Fanam were copied from the pagoda stuck by Ikkeri Nayakas.

Under the rule of Hyder Ali and Tipu Sultan, Mysore developed a stormy relationship with Madras. When Tipu Sultan sat on the throne of Mysore he brought much innovation to the coins he issued different types and different denominations of coins.

During the first four years of the reign of Tipu coins issued by him bears the Hijri date in which is read from left to right. During the fifth year of his reign, he introduced the Mauludi year in which the dates are written from right to left. The word Mauludi was derived from ‘Maulud-i-Muhammad’ which took its origin from the birth of Prophet Muhammad. Coins of the first four years of his reign are dated till 1200 AH, while coins from the fifth year bear the date from 1215 AM. 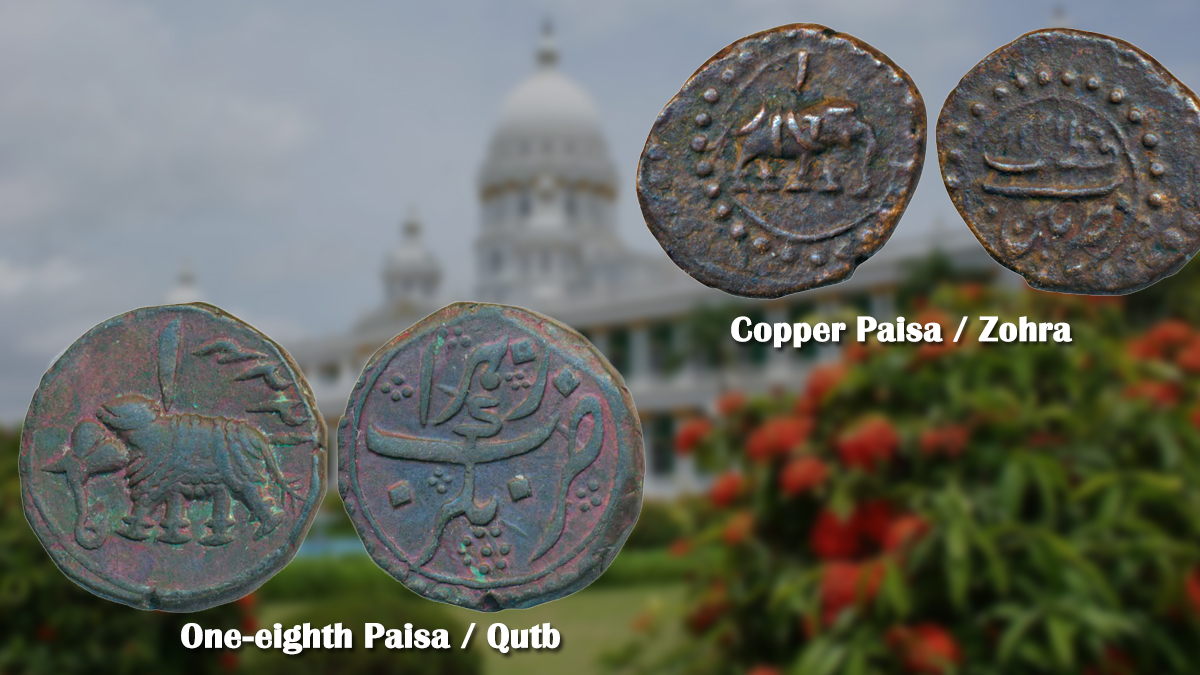 From 1399 to 1565, the Wodayar dynasty ruled as the vassal of the Vijaynagar Empire. Later 1565 to 1761 they ruled as an independent kingdom. Between 1761 and 1796 the ruler of this dynasty exercise nominal power and the real powers was in the hands of commanders-in-chief, Hyder Ali and his son Tipu Sultan. In the year 1799, after the death of Tipu Sultan, the dynasty falls into the hands of the British Empire. This was the short story of Mysore