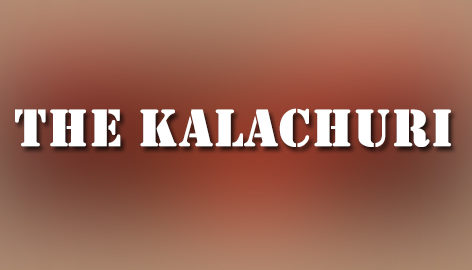 Kalachuri Dynasty is shared by multiple ancient dynasties, two of which ruled in central India. The Kalachuri Dynasty was the Indian dynasty ruled in India during the medieval period. The name Kalachuri was used by the two kingdoms that had the succession of this dynasty. The name “Kalachuri” has a fascinating derivation. One of the Kalachuri Kings – Soma grew his beard and mustache to save himself from the wrath of Parashurama, and thereafter the family came to be known as ‘Kalachuris’. The word Kalachuri is composed of two words ‘Kalli; and ‘Churi’. The meaning of the word ‘Kalli’ is a long mustache and the meaning of the word ‘Churi’ is a sharp knife. They are also referred to as ‘Katachuris’ which means ‘Shape of Sharp Knife’.

The first kingdom of the Kalachuri Dynasty is known as ‘Chedi’or Haihaya (Heyheya) (northern branch); the Chedi had ruled over Central India (Madhya Pradesh, Rajasthan, Malwa, and Maharashtra). The other kingdom is called Haihaya. They ruled over Southern India (Karnataka) from the 10th to 12th Centuries.  The Kalachuris were considered as a replacement of Somavamsis in the Khariar region of Kosala at the end of the 11th Century and continued their rule in the early 13th century AD.

From the inscriptional evidence of the history of the Kalachuri Dynasty, only three kings are identified Shankaragana, Krishnaraja, and Buddharaja. During the 7th Century, the Kalachuri lost their power to the Chalukyas of Vatapi. One theory also connects the later Kalachuri dynasties of Tripuri and Kalyani to the Kalachuris of Mahishmati. Later, after the rise of the Badami Chalukyas the power of Kalachuris ended in the early 7th Century. One of the Kalachuri inscriptions states that the dynasty had controlled Ujjayini, Vidisha, Anandapura. The literary evidence states that the capital of this dynasty was located in Mahishmati in the Malwa region.

King Kalingaraja conquered the Dakshina Kosala region and made his capital as Tummana. One of the grandsons of king Kalingaraja named Ratnaraja had established Kalachuri of Ratnapura. One of the inscriptions of the great-grandson of Prithvideva I show that Kaladhuri of Ratanpura continued to rule as feudatories of the Tripura of Kalachuri. According to one of the inscriptions of Ratanpura of Jajjaladeva I, The Tripura of Kalachuri king Kokalla had 18 sons, his eldest son succeeded him on the throne of Tripura and the youngest son became the ruler of Mandalas.

The Kalachuri Dynasty has various branches; some of the most prominent branches of Kalachuri are

Mahishmati was one of the most famous kingdoms of the Kalachuri Dynasty with Mahimshmati as its capital. According to the reference of the kingdom, Mahishmati can be found in the Indian epic like Ramayana, Mahabharata, and Digha Nikaya (Buddhist). An ancient poet like Kalidasa had also mentioned Mahishmati as a city in on the Narmada River. During the ancient period, it was one of the very important cities in the southern part of the Avanti Kingdom and later in the Anupa Kingdom. Although the exact location of this city is still not confirmed it is said that it was located somewhere near along the banks of the Narmada River in Madhya Pradesh, India. 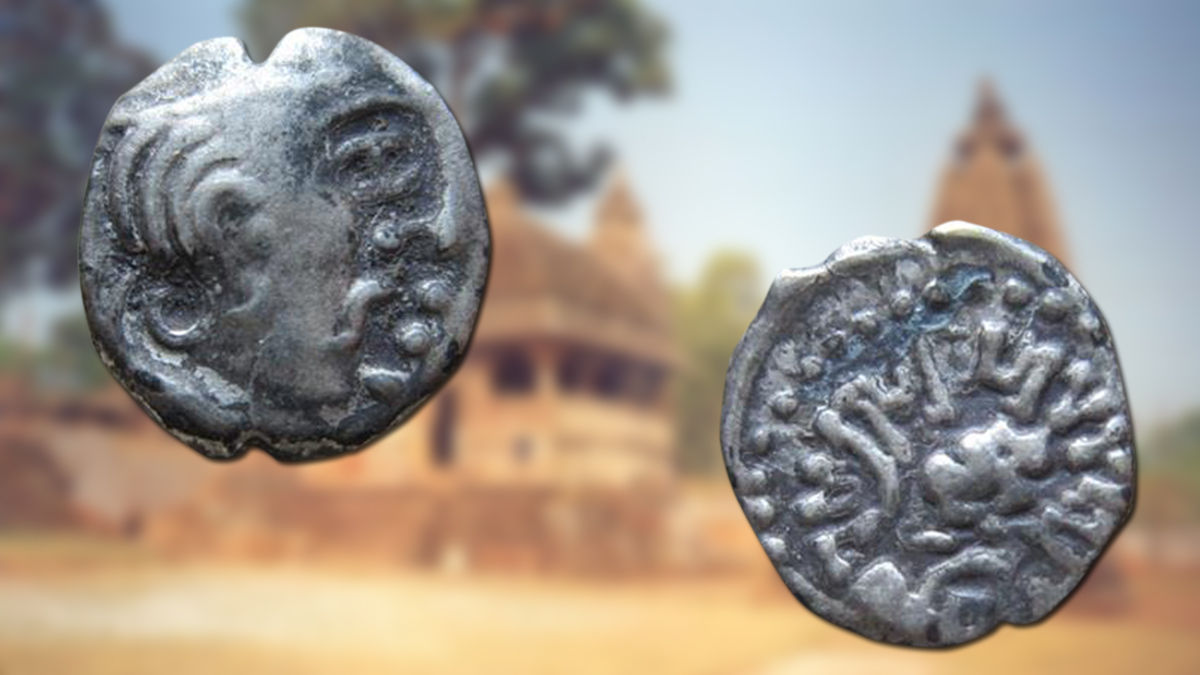 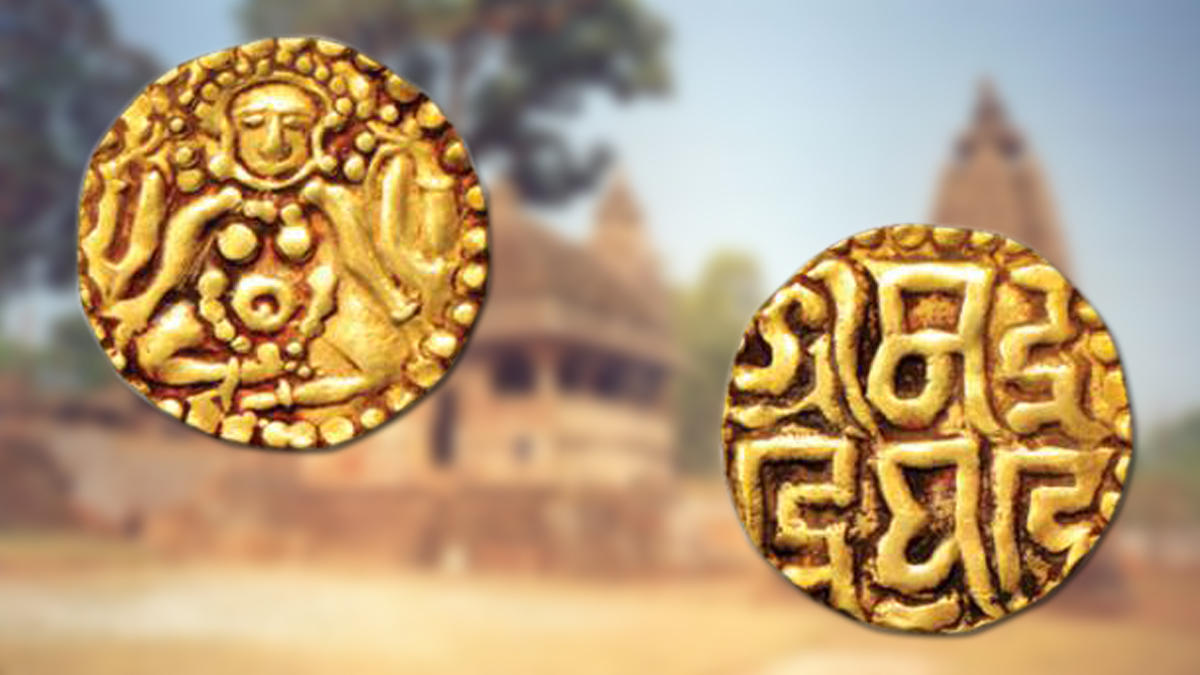 The gold coin issued by king Gamgeya Deva the Kalachuri king of Dahala bears seated goddess ‘Gajalakshmi’ on the obverse side of the coin. These coins were strongly influenced by the coins of late Gupta and Gauda coins.      This gold Base Gold 4 1/2 Masha was issued by king Gangeyadeva during his reign in Kalachuri of Tripuri. The weight of this coin is around 3.81g. The obverse of this coin depicts eaten goddess Lakshmi and the reverse of this coin is depicted Devnagari Srimad Gangeyyadva.

The Kalachuris of Ratanpura were the Central Indian dynasty from 11th to 12th Century CE. Today Ratanpura is commonly known as Bilaspur district. During their rule, they have ruled the parts from Ratnapura to present-day Chhattisgarh.
According to one of the Ratanpuri inscriptions of king Jajjaladeva I, the king of Kalachuri of Tripuri, king Kokalla had 18 sons. Among this 18 son the eldest son succeeded king Kokalla on the thorn of Tripuri and the younger one became the rulers of mandalas (feudatory governors). The Kalachuris of Ratnapura are the descendant of one of these younger sons.

The Kalachuri of Kalyani was the Indian dynasty from the 12th Century CE. They ruled over the part of Karnataka and Maharashtra. This dynasty rose to power in the Deccan region between 1156 and 1181 CE. King Bijjala, has served as a feudatory of the Kalyani Chalukyas at Banavasi. He was the viceroy of the dynasty he is said to have established the authority over Karnataka after wresting power from the Chalukya king Taila III. 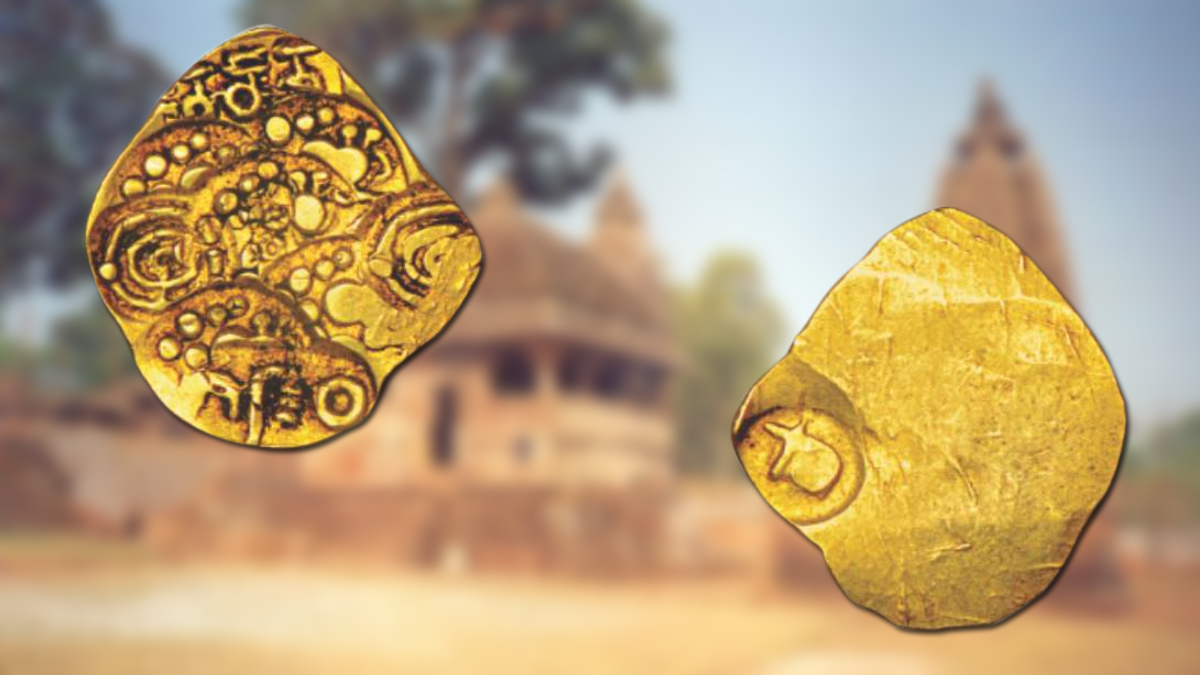