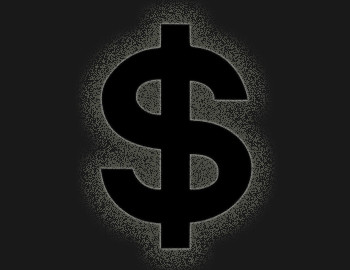 The East Caribbean dollar is the currency of East Caribbean States which a confederation of eight countries that had once been a part of the British Sterling Zone. The current confederation includes the former dependencies of Antigua and Barbuda, Dominica, Grenada, St. Kitts and Nevis, St. Lucia, St. Vincent and Grenadines apart from the British overseas territories of Anguilla and Montserrat. Trinidad and Tobago, Barbados, and British Guiana (now Guyana) are no longer members. However, as an economic confederation, they share the same currency. 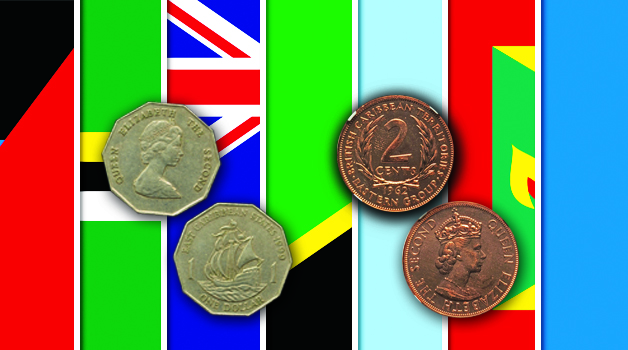 It all began in the 17th and 18th century when the Spanish dollar (often called Spanish pieces of eight) was the most common currency. In 1704, Queen Anne’s proclamation introduced a gold standard to the West Indies. An imperial in-council dated 1825 was put forth to push the British sterling coinage. This had little consequence as it was initialized at an unrealistic rating in relation to Spanish dollar of $1 = 4 shillings and 4 pence. A second in-council order was passed in 1838 with a correct rating of $1 to 4 shilling and 2 pence. Nevertheless, Spanish dollar continued to form an important portion of the circulating coinage right up to the late 1870s. There was now a mounted yearning to have a steady and firm supply of British shillings everywhere the British drum was beating. The need for an East Caribbean dollar emerged.

The British West Indies (BWI, often pronounced ‘bee-wee’) dollar, divisible into 100 cents, was introduced in 1949. The British pound sterling at that time was equal to 4.80 BWI dollars, and banknotes were issued by the local government and commercial banks. In 1951, the Board of Commissioners of Currency, British Caribbean Territories (Eastern Group), become the sole note-issuing authority for these dependencies, issuing both coins and notes. Both British Guiana and Trinidad and Tobago withdrew from the British Caribbean Currency Board in 1962. Three years later in 1965, the BWI dollar was replaced by the East Caribbean dollar, which was controlled by the East Caribbean Currency Authority’s bank in St. Kitts and Nevis. A decade later, Barbados withdrew from the currency union. In 1983, the Eastern Caribbean Central Bank succeeded the Eastern Caribbean Currency Authority. 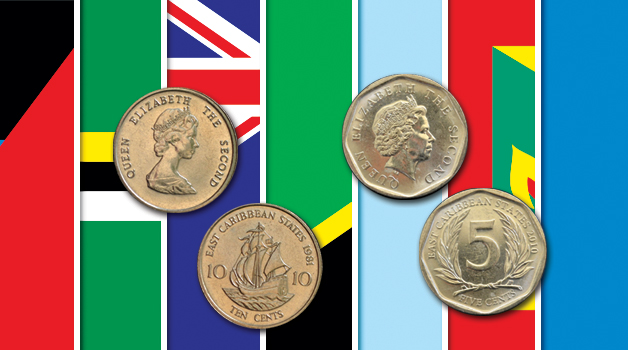 The new series of BWI dollar was introduced in denominations of 1, 2, 5, 10 and 25 cents and 1 dollar in 1982. Aluminum 1 and 5 cent coins were scalloped shape while 2 cent was square. 10 and 25 cent coins came in round shape in copper-nickel metal and dollar coins in aluminium-bronze. The latter was replaced in 1989 with a decagonal, copper-nickel type. New and larger round shaped 1, 2 and 5 cent pieces were introduced in 2002 along with a new East Caribbean dollar coins. In the same year, the effigy of Queen Elizabeth II was changed on all coin denominations to the Ian Rank-Broadley design, making it the last commonwealth currency up to that date to discontinue the Arnold Machin portrait. Medal coins were issued only in higher denominations. In July 2015, 1 and 2 cent coins were withdrawn from circulation but they would remain legal tender until June 2020.