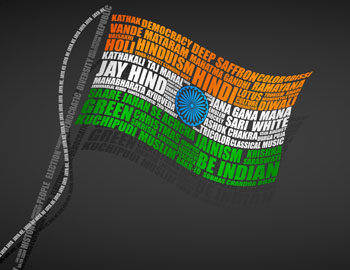 “We, the people of India, having solemnly resolved to constitute India into a Sovereign, Socialist, Secular, Democratic, REPUBLIC …. do Hereby Adopt, Enact and give to ourselves this Constitution.” India will be celebrating its 69th Republic Day. Each year this day is marked with grand ceremonious parades at New Delhi which celebrate the day when the Constitution of India came into effect making India a fully independent sovereign state!

This Republic Day let’s familiarise ourselves with the founding pillars of our nation, its history and a little something about our Constitution!

On 15th of August 1947 India attains independence, a new nation is born. The British monarch King George VI is still the official Head of India, for to govern a nation you need a Head of the State, a legislature, a Constitution – abided by which the Head can run the country!

But the journey leading to and the saga that has unfolded after the Independence is a complex one.

India was a nation already famous for its rich heritage and past, famous for its relentless struggle for freedom and a nation on whom the entire world had their eyes set. India was taking her baby steps, making a mark amongst the political giants by following a new set of moderate ideologies. But the biggest and the most challenging task at hand was drafting a Constitution for India! And it was amidst the repercussions of the Second World War and the ensuing Cold War, that the Constitution of India was framed keeping in mind the teachings of the past and the needs of the future. 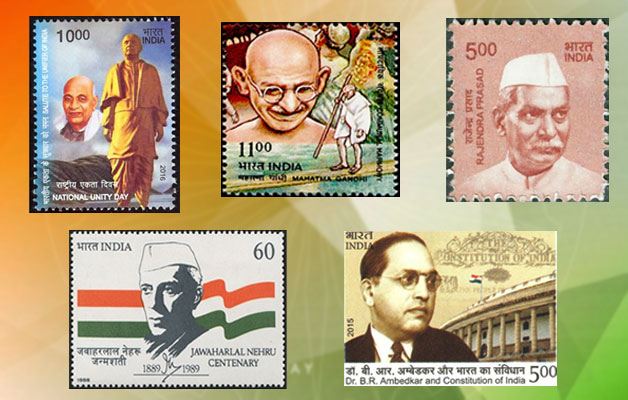 The Drafting Committee, set up on 29 August 1947 with Dr BR Ambedkar as its chairman, drafted a constitution within 2 years, 11 months and 17 days! The Constituent Assembly adopted the Constitution of India on November 26, 1949, but brought it into effect on January 26, 1950, whereby declaring India as a Republic Nation.

But why 26th of January? The story goes like this…

The first mention of “Swarajya” or Self-Rule was made by Gandhiji in 1922 expressing the importance of ruling India according to the Indian standards. The idea stuck through and in December 1929 at the Lahore Session of the Indian National Congress (INC) the “Poorna Swaraj Resolution” was passed and a pledge of “Declaration of Indian Independence” was taken on 26th January 1930. That day was celebrated by the INC as the Independence Day of India.

To commemorate that taking of pledge or oath drafted by Mahatma Gandhi on the lines of the Magna Carta and the American Declaration of Independence and the “Independence Day” as considered by the INC, the Constituent Assembly decided to enforce our new constitution on 26th of January 1950!

Whole 20 years later but still worth every bit of it…

On the said day, Dr Rajendra Prasad took an oath as India’s first President and unfurled India’s national flag. Since then this historic day is celebrated with great patriotic fervour as it celebrates the true spirit of India as a Democratic Republic. 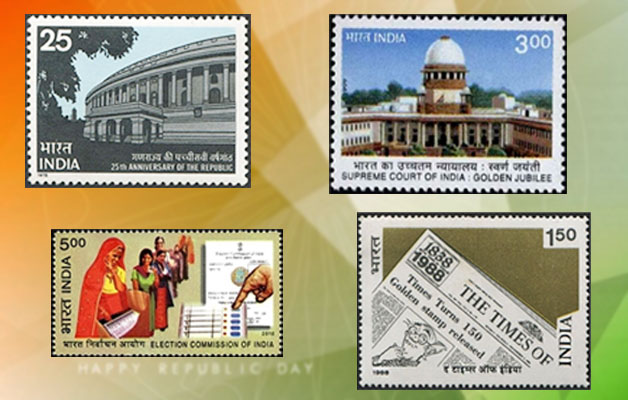 Though the Constitution of India draws its governance guidelines from different nations, it is famous for the unique balance that it strikes between rigidity and flexibility, rights and duties, centre and state. With 395 articles, 22 parts, 12 schedules and 100 amendments (till 28 May 2015), it is one of the lengthiest written constitutions of the world!

It gave the citizens of India the power to govern themselves by choosing their own government. A country ruled by a government “by the people, for the people, of the people” finds its foundation in the four pillars of democracy: the Parliament (legislative), the Cabinet (executive), the Courts (judiciary) and the Press (transparency and freedom of speech).

Since Independence, India’s growth story has gone from an economically backward country to one of the fastest growing economies of the world. The constitution makes provisions for a balanced socio-economic development and welfare of the country through various Planning Commissions. Though still a developing country, India is now seen at par with the other powerful nations of the world. Surely a proud moment for a country that is just a few decades old! 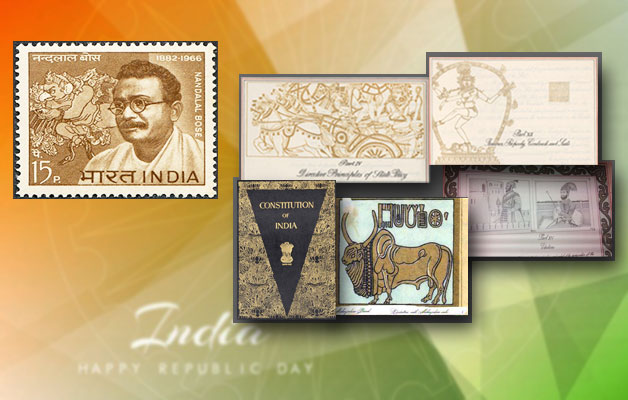 And here’s something that you probably didn’t know about our Constitution:

The original copy of our constitution is kept in a special helium-filled case in the Parliament Museum.

World’s longest at 90,000 words, our Constitution is hand-written in both Hindi and English and is also the ONLY one to have images! The calligraphy of this handwritten-handmade book is credited to Prem Behari Narain Raizada.

The first-page illustration finds its inspiration from the famous Ajanta Murals. Artists Beohar Rammanohar Sinha and his student Dinanath Bhargava are credited with painting the Preamble Page and the National Emblem respectively. Sticking with ancient ways and techniques of painting, all these illustrations were created using indigenous methods of applying gold-leaf and stone colours.

The illustrations are arranged chronologically and depict the famous “Zebu bull” of the Indus Valley Civilisation, the Indic Vedic Age with the elements like Agni, Indra, Vayu etc personified, the great Indian epics of Ramayan and Mahabharat, the Gupta age, the famous Chola bronze Nataraja idol, Buddha and Mahavira, the courts of Mughals, Shivaji and Akbar, various freedom fighters and the Father of our nation – Mahatma Gandhi.

The Constitution of India is truly a fine piece of art, both in terms of its provisions and the illustrations!

Our History and Civics classes in school could have been much more interesting and fascinating had we studied this. But better late than never! So this Republic Day along with enjoying the parades and speeches (and your holiday :P), do some digging and try finding these illustrations and read up more on the salient features of our unique Constitution.