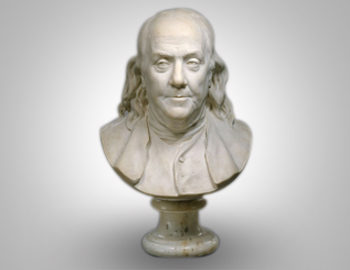 Did you know that it is Benjamin Franklin who is presently featured on the 100 American dollar bill? One of the nation’s founding fathers, he was famously called by many as the ‘first Citizen of the 18th century’. A writer, inventor, politician, and diplomat, as a boy, Franklin was an apprentice to his brother, which exposed him to new books and ideas. His first financial and literary success was ‘Poor Richard Almanac’ which was filled with illustrations, proverbs, and paradoxes of his own creation.

The bust of Benjamin Franklin was inscribed on the front of silver half dollar coins minted by the United States Mint from 1948 to 1963. A one dollar silver coin issued for Franklin’s 300th birth anniversary represents his experiment with lightning on the obverse and his famous political cartoon on the reverse. The dollar coin features an older portrait of Benjamin Franklin with his signature on the obverse and a copy of a 1776 Continental Dollar on the reverse. First issued in 1874, the fifty dollar bill also has Benjamin Franklin alongside Lady Liberty dressed as Columbia.

In the summer of 1776, Benjamin Franklin was a part of the five-member-team  that would draft the document declaring American independence. He was also elected commissioner to France and set sail to negotiate a treaty for the country’s military and financial support. Back in America, he represented Pennsylvania at the Constitutional Convention of 1787 and guided the near-deadlocked delegates towards a compromise on the new Declaration of Independence. A prolific inventor, Benjamin Franklin devised the lightning rod and coined new electricity-related terms that are still part of the lexicon, such as battery, charge, conductor and electrify.

As Benjamin Franklin was the first postmaster of United States, it seems quite fitting for the first national stamps to depict his image. In the next fifteen years (1847- 1862) typically every stamp would feature him. His likeness has appeared on numerous United States definitive stamps too.  Several foreign commemorative stamps have also captured and preserved his endless accomplishments. 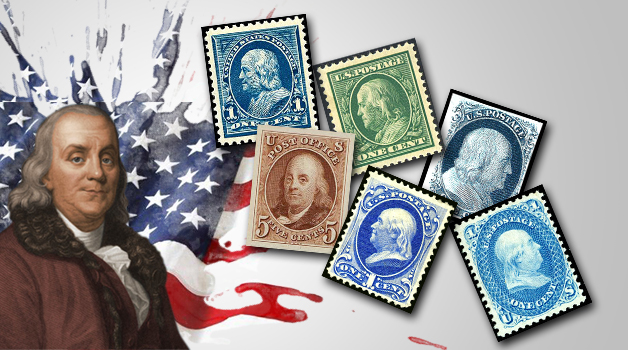 As an innovator, Benjamin Franklin developed bifocals that could be used for both distance and reading. He is credited with inventing the first rocking chair, flexible catheter, Franklin stove and American penny. Benjamin Franklin’s inventions took on a musical bent as well when in 1761, he commenced the development of armonica, a musical instrument composed of spinning glass bowls on a shaft. All this came from a man who never finished school but shaped his life through abundant reading and experiences.  With a strong moral compass and an unflagging commitment to civic duty, Benjamin Franklin truly illuminated the corners of American life that still luster in his achievements.