And while talking about wars, the World Wars cannot be missed out.  It’s intriguing to see how quickly these wars changed all the vital aspects of life!

One such ‘change’ which these wars brought with them was the introduction of a unique currency system! To cope with the wartime economic crises many countries came up with parallel currencies and emergency currencies. A similar parallel economy came into effect in the War Camps that held the Prisoners of War (PoW). This money or tokens that were issued in the PoW camps came to be known as the War Camp Money or Tokens.

But what are PoW camps in the first place? 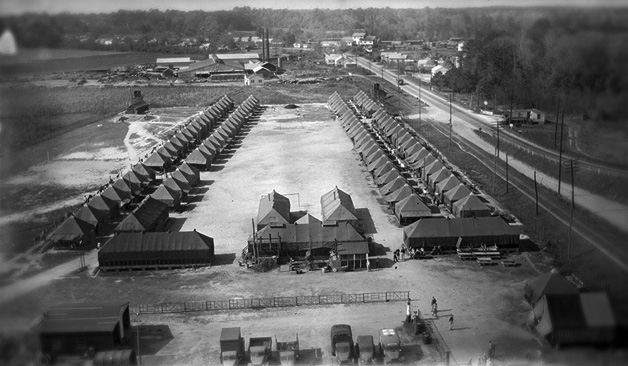 A prisoner-of-war camp is a site for the containment of the enemy combatants captured during the time of war. During wartime, there is always a need to detain people, anyone captured alive needs to be held as a prisoner. Then to accommodate these detainees, Prisoner of War camps are established. The camps that came up during the World Wars were well organized, and some even had their own alternative currencies called as PoW camp money or Prisoner of War Camp Money.

During World War I, many soldiers were taken as prisoners of war and put to work in camps. The Hague Conventions of 1899 and 1907 required signatories to provide humane treatment of POWs. In many POW camps, it was reported that only officers were treated appropriately. The non-officers were put to work and were paid with camp coupons.

The building of PoW camps got an unprecedented impetus during World War II. Even neutral countries such as Switzerland and Ireland set up camps for soldiers and refugees. Most of the camps had Canteens – shops where the PoWs could buy food, socks and other basic supplies. To “buy” such supplies there were camp ‘tokens’ or ‘money’ provided to the prisoners which they earned after working in the camp. These simple tokens were unique to a particular camp and were mostly made out of low-quality paper. These coupons and currencies were issued by the military for use specifically within the camps, meaning they were otherwise worthless! The war camp money was rationed out by the camp authorities and the prisoners could earn extra by putting in more working hours.

Interestingly, Cigarettes had become the ‘normal currency’ in many camps, with them being bartered by non-smokers for food and chocolates! Cigarettes turned out to be a ‘staple’ form of ‘currency’ as it was one of the fairest ones to exchange – considering its uniformity in size and in some cases quality too.

“Although cigarettes as currency exhibited certain peculiarities, they performed all the functions of a metallic currency as a unit of account, as a measure of value and as a  store of  value,  and shared  most of  its characteristics.  They  were  homogeneous, reasonably  durable,  and  of  convenient  size  for  the  smallest  or,  in  packets,  for  the  largest  transactions.”[1]

While cigarettes emerged as a basic commodity for “pure exchanges”, many prisoners also bartered their skills. There are mentions of a man who “sold” his knowledge of Urdu by buying beef from the Indian soldiers (mostly Sikhs) and selling butter and jam in return.[2] Interesting isn’t it?

Now let’s have a look at some war camp money/tokens:

This 1 mark note or camp token was issued in Cottbus camp, situated on the outskirts of Cottbus – the second-largest city in Brandenburg, Germany. The town housed wool, linen and yarn factories and also a coal-mine which was under the command of the 3rd Army Corps. The prisoners of war detained in camp worked in the factories and mines in the area and earned their dues.

This 10 centimes French camp token was issued during the First World War (around 1914–1918). Such tokens were issued by the British for use by German POWs in France. Very little is known about these cages (camps). Most likely these were temporary camps like a staging post before transferring the PoWs to other permanent camps.

This 10 mark note was issued to officers at Dobeln camp. The town was small with a population of 19,600 and the camp was established in barracks built of brick and about a mile from the railway station. The area was under the command of the 19th Army Corps.

This 5 Pfennig note from Graudenz camp carries an official hand-stamp of the camp. Graudenz was situated on the right bank of the river Vistula on the Polish frontier. This camp housed British officers since March 1918 along with some American PoWs. This note here has a simple design and is considered to be one of the least attractive of the 3,000 or so varieties of PoW camp money issued during the war.

Did you notice the date? This note was issued just 9 weeks before the end of the Great War!

Wairarapa in New Zealand housed Japanese PoWs during the World Wars. The Army Department issued war camp money tokens to these Japanese detained in a camp in Featherston, Wairarapa.  Most of the tokens from this camp were melted down after the war so they are very rare. This one was worth five shillings.

The Curragh Camp was an army base located in the Curragh, County Kildare, Ireland. The camp was somewhat remote and housed German or Allied internees. The prisoners here were given £3 and £2 per week was paid in tokens and/or in Irish currency plus £5 each to purchase civilian clothes.[4] The camp had its own money and token to be used by Allied and Axis prisoners held at the Curragh internment camp during the Emergency.

The whole purpose of this was to provide the PoWs with some money with which they could purchase personal goods without obtaining the legal-tender of the country. This war camp money needed to be worthless in case of an escape. To cope up with the rising economic pressures many systems of parallel currencies sprang up. We have covered a few of them in various articles. Read them here:

Did you know India too had a number of PoW camps with a similar system of war camp currencies? Stay tuned…we will be coming up with an equally interesting story of Indian PoWs camps!!

Till then keep visiting and happy collecting!

[3] Both the images, B and C, are of Curragh Camp. The obverses of the token had CURRAGH at the top, the date at the bottom and the denomination, 1d, 6d, 1/-, or 2/- in the centre and the reverses were generally blank.