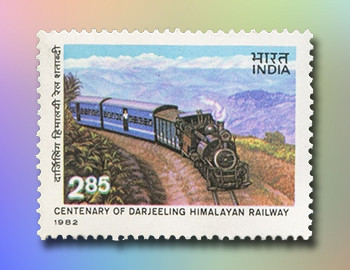 Imagine India without railways; unimaginable right? From childhood days onwards, we are accustomed to playing the “chug-chug-gaadi” game with friends and are always waiting for a chance to travel on express trains to our native places during vacations! Trains on Indian stamps will give you a colourful overview of the rich tradition of Indian Railways. 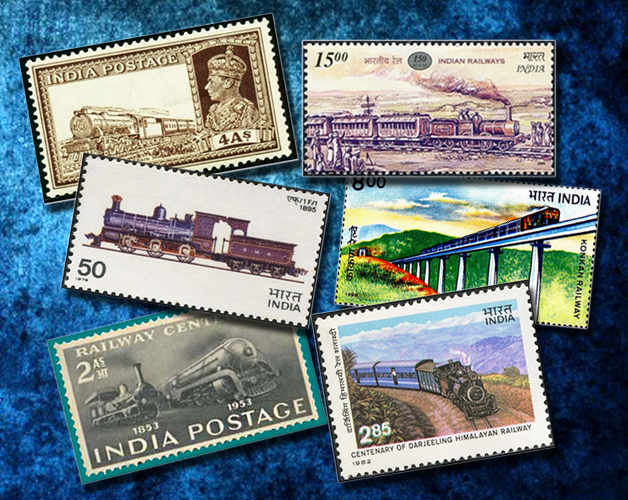 That’s how important the Indian Railways has become to the citizens of this country. It has helped us in many ways to accelerate development in various sectors. It has in a way become a lifeline for every Indian and made commutation extremely easy. Railways were first introduced to India in the year 1853 from Mumbai to Thane. In 1951 the systems were nationalised to form a single unit, the Indian Railways. Today it has one of the world’s largest railway networks which carried more than 23 million passengers a day in 2014-15. Today even after easy online booking facilities, you just have to blink for the seats to be reserved during peak times like festivals or vacations. Featuring trains on Indian stamps is a way to pay respect to this indigenous service. There are many stamps of India that have featured different railway trains on them. Let’s check out a few of them.

The Signal Goes Green for Trains on Indian Stamps

A 4-anna stamp was released in 1937 featuring a portrait of King George VI and a 4-6-2 steam loco of East Indian Railways. The stamp also bore pictures of mail cars on them. This was the first time ever that India post depicted trains on Indian Stamps.

When we are talking about trains on Indian stamps, this one has a special place. India celebrated 100 years of Indian railways in the year 1953. A black and white stamp featuring two trains, one from 1853 and the other from 1953 was issued on 16th April 1953 at India security press, Nashik. A special stamp released to celebrate an equally special day.

A 50 paise stamp, issued in May 1976 featured a beautiful thematic image of a meter gauge Rajputana Malwa Railway Class steam locomotive in violet.

In the same theme, a Board Gauge Southern Railway Class, Steam Locomotive was featured on a 1 rupee stamp. Love collecting trains on Indian stamps? This one’s a must have!

1 GIP No. 1, 1853, Great Peninsular Railway Class Locomotive was depicted on a 2 rupee stamp that was released at the same time. This particular release of stamps is something that you would want to collect if trains on Indian Stamps is your area of interest.

The 100th Anniversary of Doon Valley Railway was celebrated in a special way too. A colourful stamp was issued in May 2000 showcasing a train travelling across an enchanting valley.

100 years of Darjeeling railway was celebrated with the release of the special commemorative stamp that was issued in December 1982. Many movies have picturized popular songs on these wonderful trains that take you through breathtaking locales.

If you love the mountains, then there were many stamps that commemorated the Darjeeling Himalayan railway, Nilgiri Mountain railway, Kalka-Simla railway etc. If packing your bags and travelling on one of these trains in not quite possible, then you could at least collect and adore these trains on Indian stamps.

In May 1998, an 8 rupee stamp was issued to celebrate the completion of Konkan Railway project. This is considered as one of the most outstanding railway project of the world with a total number of over 2,000 bridges and 91 tunnels that were built through an extremely mountainous terrain containing many rivers.

150 years of Indian railways was celebrated by issuing a commemorative stamp in 2003 of face value 15 rupees. The imagery depicted a steam train chugging across a beautiful Indian landscape.