Times are such that with just a click of a button, the whole world can be yours! It can’t really get better. Technology and the power of the webworld have made living as easy as pie. Its effects can also be seen in the world of currency.   Seems like, digital currency is the way ahead. 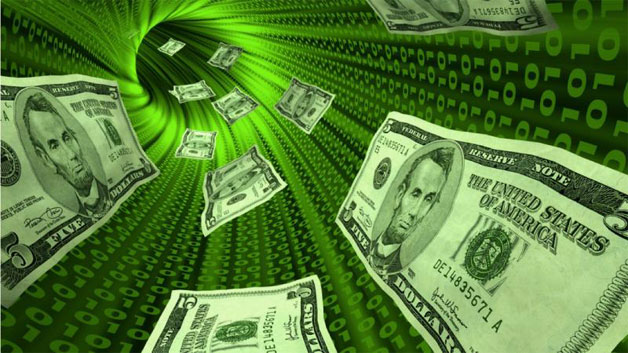 More and more countries today prefer online transactions over physical exchange of currency. Keeping this trend in mind, a new type of cryptocurrency or digital currency was suggested by a software developer called Satoshi Nakamoto. That’s when the genesis of Bitcoins took place.

The most interesting aspect of this type of digital currency is that no central authority controls it nor are they printed or minted like traditional money. They are produced by people using software that solves mathematical problems. Central banks of countries produce more money to repay national debt leading to devaluation of currency. Bitcoins on the other hand are created digitally by a community of people that anyone can join. Digital currency is going make buying and selling a global affair now.

It is an electronic payment system based on mathematical proof used to produce a currency independent of any central authority, transferable electronically, instantly, with a feasible transaction fee.

As per the bitcoin protocol, only 21 million bitcoins can ever be created by miners. However, these coins can be divided into one hundred million parts. The smallest unit is called a ‘Satoshi’. The community members use software programs that follow a mathematical formula to produce digital money. The mathematical formula is freely available, so that anyone can check it. The software is also open source and anyone can look at it to make sure that it does what it is supposed to. Moreover digital money is decentralized, easy to set up, anonymous, transparent, fast, non-repudiable and incurs no transaction fee.

How does it work?

Once installed, it will generate a bitcoin address just like your email address, which can be used only once. All confirmed transactions are included in the block chain or a shared public ledger. The integrity and the chronological order of the block chain are enforced with cryptography. That’s the reason why digital currency or bitcoins are so secure.

Bitcoin wallets keep a secret piece of data called a private key or seed to authenticate the owner. All transactions are broadcast between users and are confirmed by the network in 10 minutes through mining. Mining enforces a chronological order in the block chain, protects the neutrality of the network, and allows different computers to agree on the state of the system. To be confirmed, transactions must be packed in a block that fits very strict cryptographic rules that will be verified by the network. Mining also creates the equivalent of a competitive lottery that prevents any individual from easily adding new blocks consecutively in the block chain. This way, no individuals can control what is included in the block chain or replace parts of the block chain to roll back their own spends.

This trend is picking up, but it would be almost impossible to completely bid farewell to national currency system and globally adopt the digital currency system, due to many factors like technological limitations, network connectivity etc.

There are many brands which offer digital wallets; bitcoins is just one of them. Try it and you wouldn’t have to worry about forgetting your real wallets at home or pickpockets for that matter!