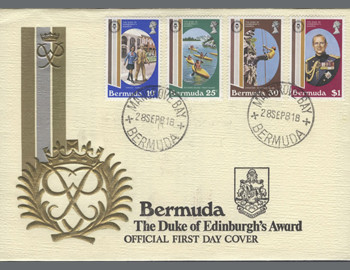 “You have mosquitoes. I have the Press.” It is perhaps inevitable that Prince Philip, Duke of Edinburgh, Earl of Merioneth and Baron of Greenwich, will go down in the records of history as the member of the Royal Family least afraid of speaking his mind. Indeed, the Duke’s propensity for voicing his opinions on everything has bought him a rather unenviable reputation for being blunt almost to the point of an offense. However, his famously strong opinions have little to do with the fact that he has indeed the sharpest senses of humor in the Royal Family.

Mintage World throws light on the Duke of Edinburgh’s remarkable journey from exile to being the consort of Queen Elizabeth II with special reference to coins and stamps featuring the Duke.

Born in Mon Repos, Corfu island of Greece to Prince Andrew of Greece and Denmark and Princess Alice of Battenberg, Prince Philip was instantly celebrated by his family as the future hope of one of the most renowned kingdoms. This idyllic dream was however short-lived when his father was sentenced to death. His family was forced to flee and settle in St. Cloud, Paris.

The academic life of Prince Philip was nothing but remarkable. He was educated in America, UK and Germany and by the age of 21, he had been appointed the first lieutenant. 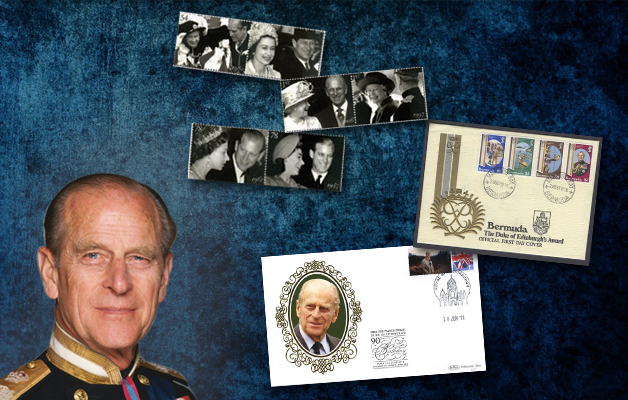 Prince Philip wed Princess Elizabeth (now known as Queen Elizabeth II) at Westminster Abbey, on 20th November 1947. The regal ceremony comprised of 2,000 guests and was also broadcasted to 200 million listeners on radio. Prince Philip was made the Duke of Edinburg, Earl of Merioneth, Baron of Greenwich and the Knight of the Garter after the marriage union. Over the years, there were many commemorative coins and stamps issued to honor the Royal Wedding Anniversary. Let’s look at the most famous ones.

In 1971, the British Coinage underwent a major change from the old system to pounds, shilling, and pence to the decimal system. A 1972 crown was the first British coin to have the face value of 25 pence but it is interesting to note the absence of face value inscribed on this coin.

The Five Pound Golden Anniversary Silver Crown Coin, 1997: It marks the occasion of the 50th wedding anniversary. The obverse design was engraved by Philip Nathan and the reverse features the crown of St. Edward above shields bearing the Royal Arms and the Coat of Arms of Prince Philip, separated by an anchor. The crown represents the Queen’s formal role and the anchor symbolizes Prince Philip’s distinguished naval career.

A set of stamp was issued to commemorate the diamond anniversary, comprising of six conventionally gummed stamps showing the Prince and Queen at a number of formal occasions while the miniature sheet is composed of four stamps showing a variety of informal Royal Family shots

The Five Pound Diamond Anniversary Silver Crown Coin, 2007: A commissioned conjoint portrait of the Queen and Prince Philip features on the obverse while the reverse beautifully depicts the north rose window at Westminster Abbey.

At the age of 25, Princess Elizabeth became the Queen of England due to the death of her father George VI.  Prince Philip has four children with Elizabeth: Prince Charles, Princess Anne, Prince Andrew, and Prince Edward. 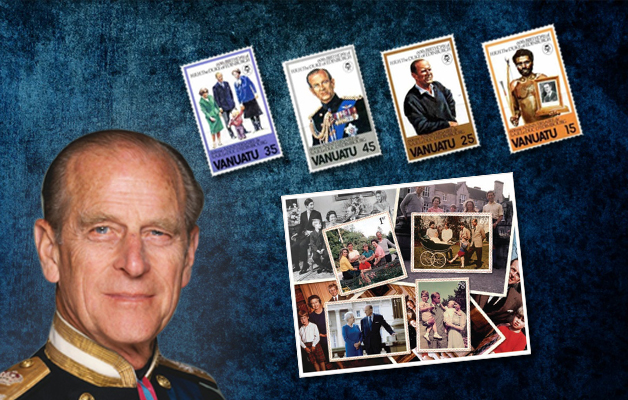 He was conferred the dignity of the Prince of United Kingdom by the Queen and his surname was legally combined with the name of her family -Mountbatten-Windsor.

Prince Philip engaged in a variety of philanthropic endeavors, the most successful initiative being the Duke of Edinburg’s Award Scheme.  It inspires young people to challenge themselves and build their confidence through non-academic activities. Over the decades it has expanded to 140 countries, with eight million people taking part. He became the first member of the Royal Family to be interviewed on television and is also worshipped as a divine being in Vanuatu. He remains the longest-serving royal consort in British history, and the oldest male member of the Royal Family. On the Duke’s 90th Birthday, a special £5 coin was issued which features an unusual detailed close up of him. Special Royal Mail stamps were affixed to specially designed envelopes to honor his 90th Birthday. The Prince has visited more than 170 countries, made more than 5000 speeches and is the president or a member of 780 organizations and charities.

One facet of the Duke’s life that has probably frustrated him the most is the treatment at the hands of the British press. He has been increasingly known for his ‘gaffes’ and constructed as tactless due to his statements. The 96-year-old Duke, who has experienced everything from exile to poverty, and the vindictive realities of war, is as determined as ever.