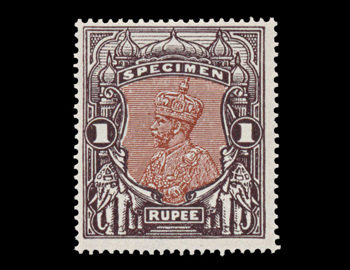 How is postage stamp paper made?

Postage Stamp Paper is made of an organic material composed of a compacted weave of cellulose fibers which is generally formed into sheets. Paper used to print postage stamps may be manufactured in sheets or it may have been part of a large roll (called a web) before being cut to size. The fibers most often used to create postage stamp paper include bark, wood, straw and certain grasses. In many cases, linen or cotton rags have been added for greater strength and durability. Grinding, bleaching, cooking and rinsing these raw fibers reduce them to a slushy pulp, referred to by paper makers as “stuff.” Sizing and sometimes, coloring matter is added to the pulp to make different types of finished paper.

After the stuff is prepared, it is poured onto sieve-like frames that allow the water to run off, while retaining the matted pulp. As fibers fall onto the screen and are held by gravity they form a natural weave that will later hold the paper together. If the screen has metal bits that are formed into letters or images attached it leaves slightly thinned areas on the paper. These are called watermarks. When the stuff is almost dry it is passed under pressure through smooth or engraved rollers – dandy rolls – or placed between cloth in a press to be flattened and dried.

In Philately, postage stamp paper can be divided into various categories but broadly into two types: wove and laid.

Wove Paper: The nature of the surface of the frame onto which the pulp is first deposited causes the differences in appearance between the two. If the surface is smooth and even, the paper will be of fairly uniform texture throughout. This is known as wove paper. Early papermaking machines poured the pulp onto a continuously circulating web of felt, but modern machines feed the pulp onto a cloth-like screen made of closely interwoven fine wires. This paper, when held to a light, will show little dots or points very close together. The proper name for this is “wire wove,” but the type is still considered wove.

Laid Paper: Closely spaced parallel wires, with cross wires at wider intervals, make up the frames used for what is known as laid postage stamp paper. A greater thickness of the pulp will settle between the wires. The paper, when held to a light, will show alternate light and dark lines. The spacing and the thickness of the lines may vary, but on any one sheet of paper, they are all alike.

Batonne: Batonne, from the French word meaning “a staff,” is a term used if the lines in the paper are spaced quite far apart, like the printed ruling on a writing tablet. Batonne paper may be either Wove or Laid. If laid, fine laid lines can be seen between the batons.

Pelure: Pelure paper is a very thin, hard and often brittle paper that is sometimes bluish or grayish in appearance.

Native: This is a term applied to handmade papers used to produce some of the early stamps of the Indian states. Stamps printed on native paper may be expected to display various natural inclusions that are normal and do not negatively affect value. Japanese paper, originally made of mulberry fibers and rice flour, is part of this group.

Manila: This type of paper is often used to make stamped envelopes and wrappers. It is a coarse-textured stock, usually smooth on one side and rough on the other. A variety of colors of Manila paper exist, but the most common range is yellowish-brown.

Silk: Introduced by the British in 1847 as a safeguard against counterfeiting, silk paper contains bits of colored silk thread scattered throughout. The density of these fibers varies greatly and can include as few as one fiber per stamp or hundreds. Silk-thread paper has uninterrupted threads of colored silk arranged so that one or more threads run through the stamp or postal stationery.

Granite: Filled with minute cloth or colored paper fibers of various colors and lengths, granite paper should not be confused with either type of silk paper.

Chalky: A chalk-like substance coats the surface of Chalky Paper to discourage the cleaning and reuse of canceled stamps, as well as to provide a smoother, more acceptable printing surface. Because the designs of stamps printed on chalky paper are imprinted on what is often a water-soluble coating, any attempt to remove a cancellation will destroy the stamp. Do not soak these stamps in any fluid. To remove a stamp printed on chalky paper from an envelope, wet the paper from underneath the stamp until the gum dissolves enough to release the stamp from the paper.

India: Another name for this paper, originally introduced from China about 1750, is “China Paper.” It is a thin, opaque paper often used for the plate and die-proofs by many countries.

Double: In philately, the term double paper has two distinct meanings. The first is a two-ply paper, usually, a combination of a thick and a thin sheet joined during manufacture. This type was used experimentally as a means to discourage the reuse of stamps. The design is printed on the thin paper. Any attempt to remove a cancellation would destroy the design. The second type of double paper occurs on a rotary press, when the end of one paper roll, or web, is affixed to the next roll to save time feeding the paper through the press. Stamp designs are printed over the joined paper and, if overlooked by inspectors, may get into post office stocks.

Goldbeater’s Skin: This type of paper was used for the 1866 issue of Prussia, and was a tough, translucent paper. The design was printed in reverse on the back of the stamp, and the gum applied over the printing. It is impossible to remove stamps printed on this type of paper from the paper to which they are affixed without destroying the design.