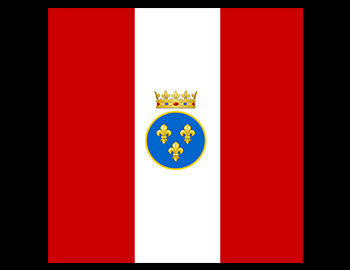 Of the five great European maritime powers of the sixteenth and seventeenth centuries, France was the fourth to enter the race for commercial communication with India. The fifth power, Spain, never attempted the contest, and Portugal, Holland, and England had reaped considerable benefits from their enterprise before the attention of the French people had been sufficiently attracted to the trade. Nevertheless, though the French were the last to enter upon the venture, their natural genius asserted itself in a manner that speedily brought them to a level with the most securely planted of their European rivals by establishing the French East India Company.

The first French factory was established in Surat in 1668. In the following year, the French started a second factory at Masulipatnam (Machchalipatnam). In the expeditions undertaken against Ceylon and St. Thome in 1672, a very prominent part had been taken by Francis Martin. He was a Frenchman who had commenced his career in the service of the Dutch East India Company and later joined the French.

By 1720, the French control got relaxed over Bantam, Surat, and Masulipatam. But there was a revival in the fortunes of the French by next year. Mauritius, the halfway island to India, was occupied in the same year, and Mahe and Karaikal in 1725 and 1730 respectively. Thus, the French like the English fostered the aspiration to establish a French Empire in India.

Initially, the French ambition was purely commercial but after 1742, they began to entertain political ambitions. They strengthened and fortified its settlements against the Indian rulers. When the French Governor Dupleix proceeded to fulfill this aspiration of the French, he faced opposition from the British. This resulted in a series of military conflicts called the Carnatic Wars. In the end, the British established its dominance and the French were confined primarily to Pondicherry (Puducherry).

Minting of Coins under the French East India Company

The French East India Company wanted to mint Sikka rupees at Pondicherry under their authority. Though the issue of minting coins in Pondicherry was fired up in 1730, the Company was already making efforts in this direction from the time of Francis Martin.

In the last decade of Seventeenth Century, when the Dutch occupied Pondicherry for a short period (1693-1697), they acquired the right to mint coins from the Nawab of Arcot and started minting copper coins. After French reoccupied the place, they continued the same contract and minted coins called caches. These were copper coins and used by Indian settlers of Pondicherry.

The French East India Company also minted the Semi-Doudou and Foudou, respectively equivalent to two caches and four caches. The French cache was stamped upon with a fleur-de-lis, the symbol of Royal House of France. Apart from this, the French East India Company also minted silver coins called Fanam that were marked with a flower-topped Indian crown on one side and with five fleurs on the reverse.

The French East India Company acquired the right to mint it from the Nawab of Arcot. However, they faced certain problems in issuing Fanam. The Company had appointed some money-changers (saraffs) so that people who wanted to trade with the French Company could exchange their money. However, it became a drawback for the French East India Company because some people imitated the French Fanams and changed them from the originals.

Francis Martin got the authority to mint gold pagodas at the beginning of the Eighteenth Century. The French issued their own coins with the design and fabric of the coins circulating in the region that is of a single figure with a granulated reverse. But the use of a Hindu deity on the coin was disapproved by the Church. The Director-General in Paris looked into the matter and turned down the objection of the Church. The coins were put back into circulation only to be withdrawn again at a later date.

The French East India Company also wanted to mint rupee in Pondicherry, which was the chief currency all over India. Indian princes were aware of what was happening in Pondicherry through the networks of their informers. These princes allowed to mint caches, fanams, and pagodas but when the Council of Pondicherry wanted to mint even rupees, they interfered and claimed that this could only happen in their authority. Princes demonstrated the inclination to retain their authority/monopoly on minting rupees. It was the main source of their income because rupee was in demand across the subcontinent. Officials of the Company commenced negotiations and finally acquired the right to mint rupees from the Nawab of Carnatic.

End of the French Rule in India

Even as the French East India Company was headed consciously toward extinction, it became embroiled in its most infamous scandal. The Committee of Public Safety had banned all joint-stock companies on 24th August 1793, and specifically seized French East India Company- History and Coinage the assets and papers of the East India Company. While its liquidation proceedings were being set up, directors of the company bribed various senior state officials to allow the company to carry out its own liquidation, rather than be supervised by the government. When this became known the following year, the resulting scandal led to the execution of key Montagnard deputies like Fabre d’Eglantine and Joseph Delaunay, among others. The infighting sparked by the episode also brought down Georges Danton and can be said to have led to the downfall of the Montagnards as a whole. In 1794, the French East India Company was finally liquidated.