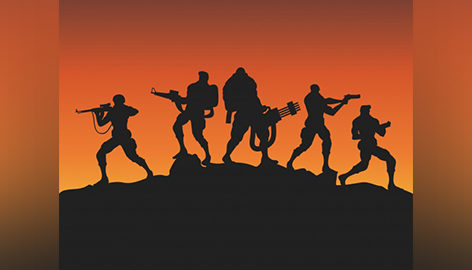 The First World War was a truly global conflict and involved many Commonwealth countries that made huge sacrifices vital to Britain’s war effort. Though India was a British Colony at that time, it actively supported the war effort in its bid to gain Dominion status/Independence from the British Raj and contributed immensely to numerous battlefields around the globe.  It sent staggering numbers of volunteers to fight and die on behalf of the allied forces. Almost 1.5 million Muslim, Sikh and Hindu men from regions such as Punjab, Uttar Pradesh, Maharashtra, Tamil Nadu, and Bihar volunteered in the Indian Expeditionary Force Not just soldiers, many Indians went to the war-front as nurses, cooks, doctors, and laborers. Four sets of stamps have been issued in this set, all titled “Indians in First World War”. The second set includes Major Battle Theaters of India in World War I which were- Mesopotamia, France and Belgium, and Gallipoli. 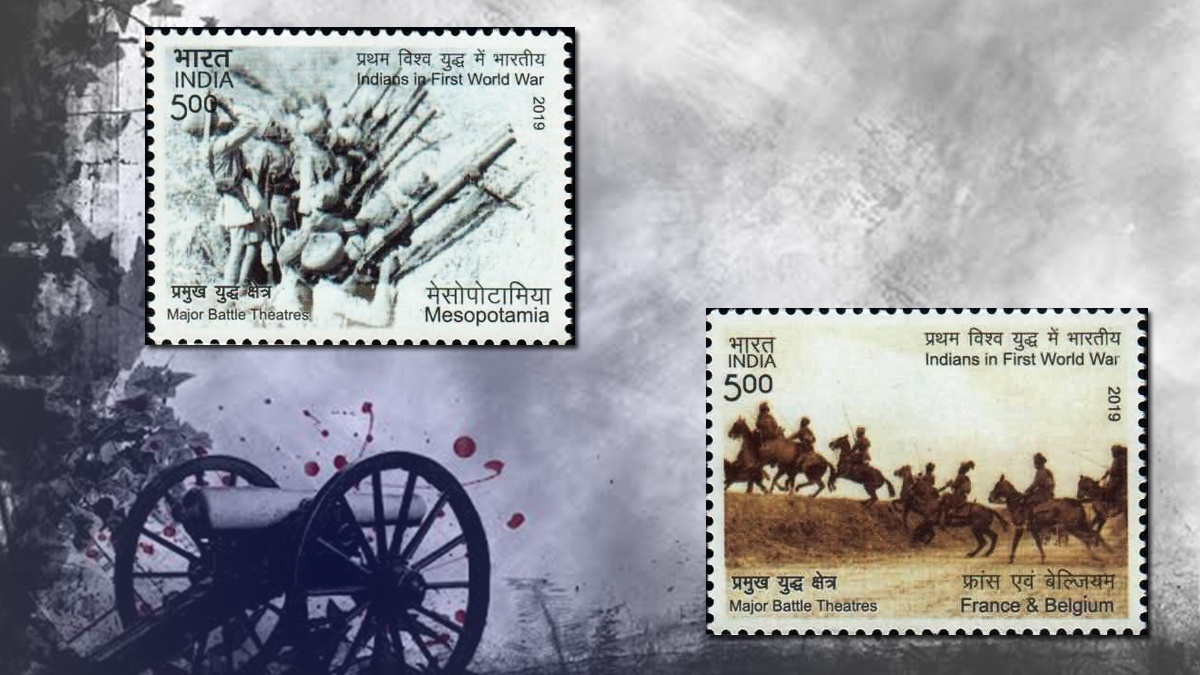 In Mesopotamia, after initial setbacks to the designated Indian Expeditionary Force “D”, the series of operations which culminated in the capture of Baghdad completely transformed the military situation and produced political effects of far-reaching significance. India’s share in the achievement of this important success consisted of providing over 3/4 of the force deployed, over 3/4 of the river craft and the entire railway material and personnel, without which the operations would have been impossible. Of the 86 Battalions composing the force at the time of capture of Baghdad, India had contributed 73 and all but two of the 43 squadrons of cavalry. Three Indian soldiers were awarded the Victoria Cross for acts of conspicuous gallantry in Mesopotamia.[1]

Designated as Indian Expeditionary Force “A”, the Indian Corps that served in France and Belgium from 09/1914, consisting of two infantry and two cavalry divisions. Around 85,000 Indian soldiers under 1,500 officers, supported by 26,000 Indian non-combatants, served in the Indian Corps. Indian soldiers fought at the battles of Ypres, Festubert, Givenchy, Neuve Chapelle, Second Ypres, Cambrai, and Loos, suffering around 34,252 casualties in combat operations.[2] 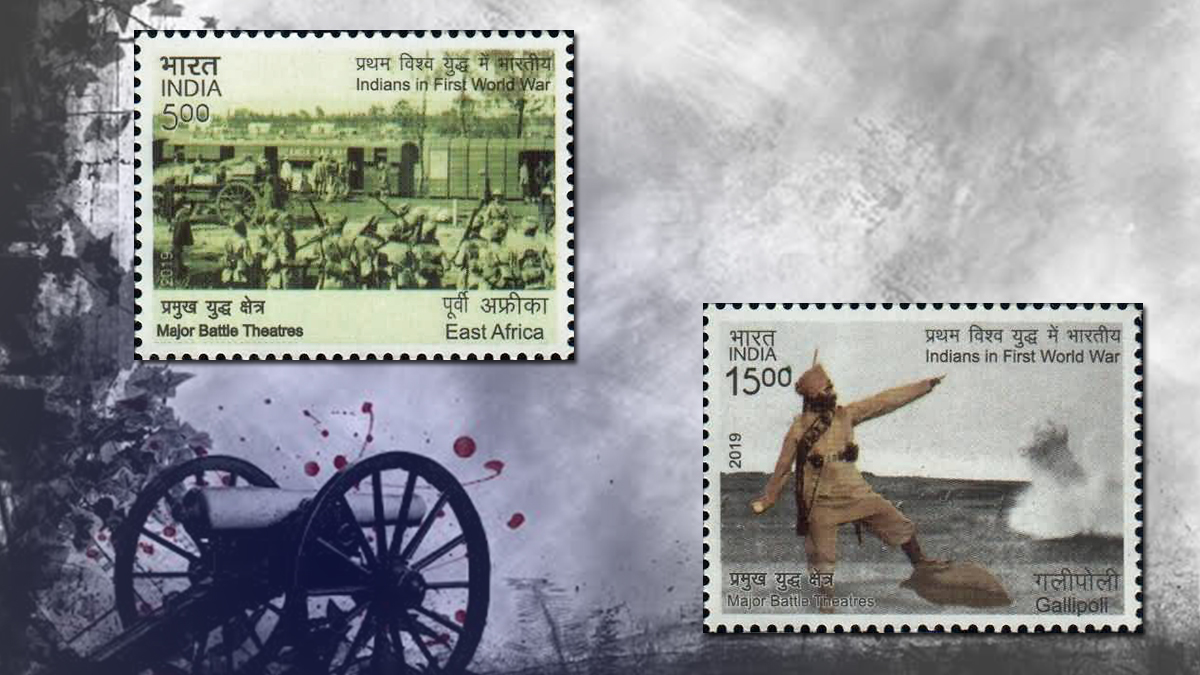 The object of the Gallipoli Campaign, from start to finish, was to force the passage of the Dardanelles and get a fleet of British and French warships to Constantinople in a strategy for forcing the surrender of Turkey and to bring about a speedy conclusion of the war in the Middle East. The Indian Expeditionary Force “G”, that served in the Dardanelles was not very large in number; yet it had a significant impact upon the course of the operations and no account of the campaign can overlook the contribution of the 14th Sikh in the Third Battle of Krithia or the 1/6 Gurkhas in the decisive battle of Sari Bair.

The East African campaign in World War I was a series of battles and guerrilla actions, which started in German East Africa (GEA) and spread to portions of Portuguese Mozambique, Northern Rhodesia, British East Africa, the Uganda Protectorate, and the Belgian Congo. During the Great War, seven Indian Expeditionary Forces (IEF) from ‘A’ to ‘G’ were employed at the East African Front. In August 1914 it was decided to send IEF ‘B’ on an expedition to Dar Es Salam (later diverted to Tanga), and IEF ‘C’ to safeguard British East Africa (Kenya) by reinforcing the limited troops of the King’s African Rifles (KAR). [3]

In the four year period from 1914 to 1918 nearly 50,000 Indian troops passed through East Africa. At any one time in-theatre, there were about 15,000 troops. A total of 2,972 were killed, 2003 wounded and 43 missing or taken prisoners of war taking the total casualties to 5,018 including all ranks. The campaign all but ended in German East Africa in November 1917 when the Germans entered Portuguese Mozambique and continued the campaign living off Portuguese supplies.

The Indian Army during World War I contributed a large number of divisions and independent brigades in World War I. Over one million Indian troops served overseas, of whom 62,000 died and another 67,000 were wounded. In total at least 74,187 Indian soldiers died during the war. In World War I the Indian Army fought against the German Empire in German East Africa and on the Western Front. At the First Battle of Ypres, Khudadad Khan became the first Indian to be awarded a Victoria Cross. Indian divisions were also sent to Egypt, Gallipoli and nearly 700,000 served in Mesopotamia against the Ottoman Empire. While some divisions were sent overseas others had to remain in India guarding the northwest Frontier and on internal security and training duties. Field-Marshal Sir Claude Auchinleck, Commander-in-Chief of the Indian Army from 1942 asserted that the British “couldn’t have come through both wars [World War I and II] if they hadn’t had the Indian Army.”[4]