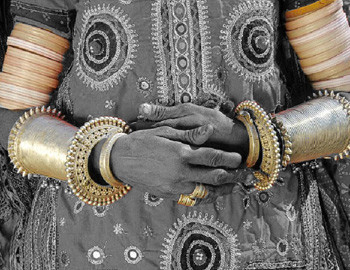 Hello… We hope you are staying in touch with our website. Today we have brought something for all the lovely ladies out there! But men will also enjoy reading about it. Are you curious to know what are we talking about?
Well… it’s Jewellery on stamps!

Jewellery is a piece of decoration on a body. Jewellery has the power to be this one little thing that can make you feel unique. 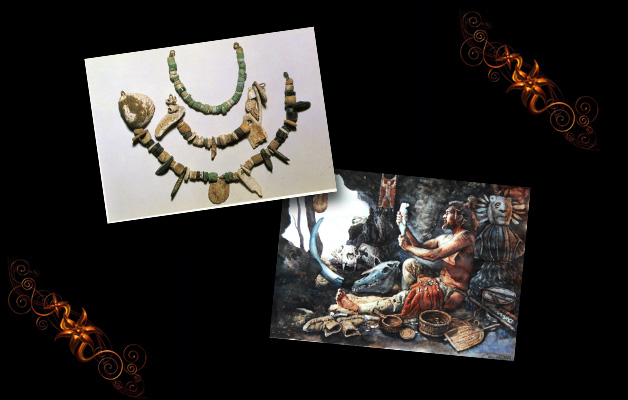 Ever since human beings came into existence the primitive man has used flowers, leaves, bones, stone, and shell for decorating themselves. The art of decorating one’s body carried forward and evolved with the upcoming civilization. As the art of metallurgy evolved, the man started experimenting with metals like copper, gold etc and these experimental developments are reflected in the jewellery also.

The first traces of jewellery are found in the Indus valley Civilization (3300–1300 BCE). There is a vast collection of gold and agate ornaments found at both Mohenjo-Daro and Harappa. This includes bangles, chokers, long pendant necklaces, rings, earrings, conical hair ornaments, and broaches. The most commonly used were carnelian beads (red in colour), steatite (white in colour) and lapis lazuli (precious blue stone). 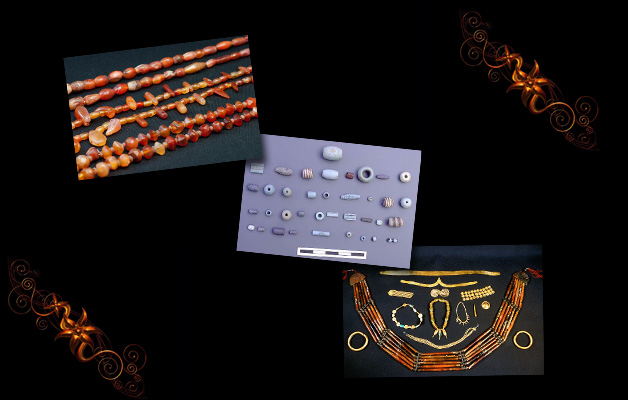 With the passage of time, new ornaments and jewellery kept on coming.

Do you know in ancient India both men and women wore jewellery?
The Ancient Indian Dynasties (especially king and queen) wore Gold jewellery from head to toe and the common man wore silver or copper.

Indian jewellery is world famous. It is known for its minute detailing in the metal and handsome glossy stones with an intriguing matrix. You will also find variation in the Indian jewellery from one state to another.

We all love ethnic Jewellery. It has a simplicity and uniqueness which sometimes beautifies its complex minute designing. So let’s see jewellery on stamps of India.

To celebrate this uniqueness of India, the India Post issued a complete set of 6 postage stamps on the ‘Indepex Asiana 2000’ the 14th in Asian International Stamp Exhibition, Calcutta. 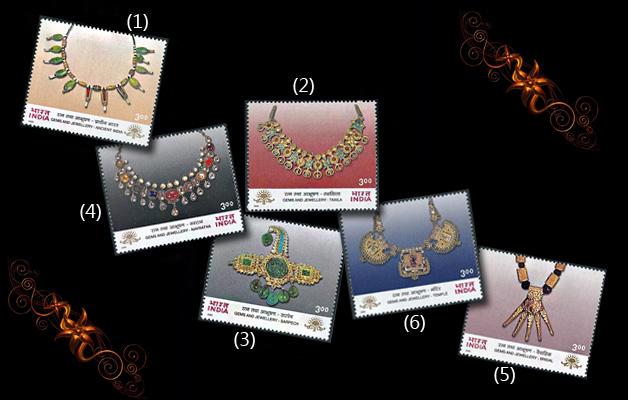 They represent the six beautiful stamps which depict the trends in jewellery from Ancient to Modern India having the face value of INR 3 each.

1) The very first stamp depicts a necklace made up of beads from Indus Valley (c.2500 BC). Though they look simple but are very elegant. This necklace is displayed in National Museum, New Delhi.

2) The second stamp depicts the Greco-Indian neck piece from Taxila (1st century AD).It is made up of Turquoise and Garnets. This filigree work of Taxila and the granulation became very famous.

3) The Turban Ornament is also known as Sarpeech is depicted on one of the stamps. It belongs from 19th Century (Rajasthan). It is made up of gold, diamonds, and emerald. It is in the shape of Peacock with few emerald droplets.

4) The other is the beautiful Navratna Necklace (from the 18th century) made up of a nine gems.  Indians considered the nine gems (Ruby, diamond, pearl, red coral, hessonite, a blue sapphire, cat’s eye, a yellow sapphire, and an emerald) as very auspicious. It has an important cultural significance in Hinduism, Jainism, Buddhism, and Sikhism, among other religions. You surely must have seen many people wearing the Navratna ring on their finger.

5) Next is the Bridal Necklace from South India. It is the marriage necklace known as  Kazhutthuru (from the 19th century). This superb necklace incorporates a gold pendant or ‘tali’ symbolizing marriage and was probably made for a bride from the Nattukottai Chettiar community in South India.

6) The temple Necklace from Rajasthan known as ‘Kanthla’ (from the 18th century) consists of three gold pendants having the image of Lord Krishna on it.

These few selected royal jewellery are the best specimens of Indian Art and are worth to be frozen on stamps. We have seen many different ethnic pieces of jewellery. Now let’s glance at one of the outstanding tribal jewellery on stamps of India. 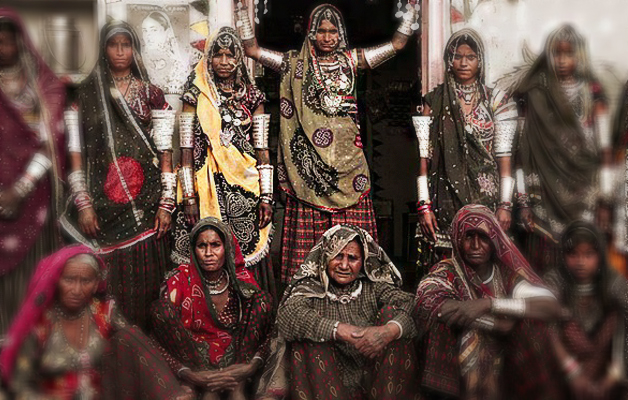 Rajasthani women, they like to adorn themselves with lots of silver jewelry. The community known as ‘Rabari’ is still continuing with its typical ethnic jewellery. The jewellery is made up of silver which includes ivory bangles, pagla (necklace with a single pendant), komli (Bangles), troda (Payal). The surprising thing is that every woman has to compulsorily wear this jewelry after marriage and cannot remove it until her husband’s death.

Dressing up and looking the best on the wedding day takes top priority for any bride, and jewellery forms a vital part of it. We are all familiar with the traditional jewellery pieces. But, did you know a nose ring or nath is, traditionally, representative of a bride’s virginity?
In fact, each piece of jewellery that a bride wears symbolizes something traditionally or culturally. Given the cultural diversity, we list the bribes from different states of India wearing traditional jewelry.

We are portraying the four beautiful women dressed up as a bride (stamps which are issued by India Post) with their traditional costumes and jewellery from Tamil Nadu,  Rajasthan, Kashmir, and Bengal. 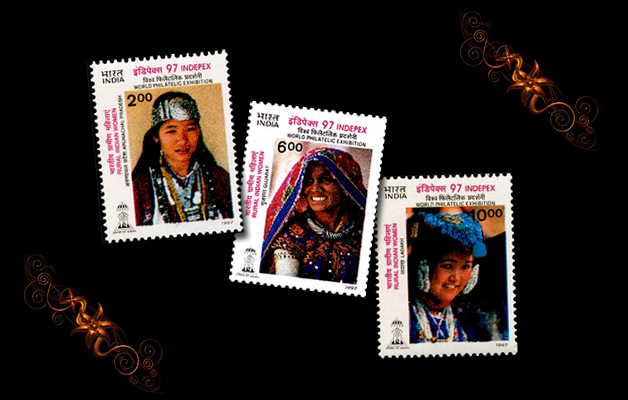 India is very diverse and so is the jewellery. Here we again portray the Indian beauties with their ethnic adornment from Arunachal Pradesh, Gujarat, and Ladakh.

Have you ever tried wearing ethnic jewellery?
Surely your Mom might be having one, borrow it today and show off! Jewellery simply enhances your inner beauty!

Stay in touch with our website, we will be coming with more such interesting blogs.

View all posts by Team Mintage World →
One thought on “Art of Adornment: Jewellery on Stamps”