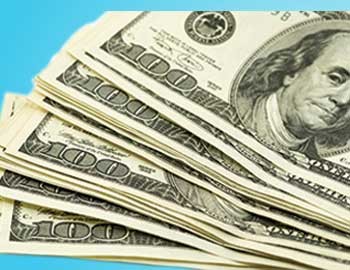 Have you ever wondered the history of american money, how the green bills, the US dollars, came into being? How and where it all did start, was it always as strong as it is today, who started it, where did the word “dollar” originate from?

The United States currency has a fascinating history and it has grown and evolved along with the growth of the nation.

In the 15th century most of the America was under the British colonization. The Americans used English, Spanish, and French currencies. There were three general types of money in the colonies of British America:

The British currency was denominated as pound, shilling and pence, and the value of the currency in the British colonies varied from place to place and was often less than the pound sterling of Great Britain. However due to continuous warfare, there was always a shortage of money and hence commodities were assigned a set amount of shillings or pence and were used for monetary transactions.

A variety of coins were used in daily commerce at the time, but the most popular of all was the Spanish 8 reales also known as silver cobs or “pieces of eight”. These coins were poorly made and crudely shaped and were not meant for circulation. Hence these too lost their transaction value.

The Massachusetts Bay, a colony established in 1628 encompassed a large area of modern-day Boston was a thriving economy and was in dire need of circulating coins to facilitate business transactions. In 1649, King Charles I of England, who was in charge of Massachusetts Bay, got defeated and was beheaded, with the King gone, the Puritans of Boston started production of shillings, six pence, three pence coins at a new mint.

These were the first coins struck on the American soil. The New England Massachusetts Bay coins were struck for approximately 30 years. By 1684, King Charles II regained complete control of the Massachusetts Bay Colony, after which production of the silver coins ceased.

The Massachusetts Bay Colony was the first colony, out of thirteen colonies that would later form the United States, to issue the paper money. In 1690, to meet high demands for trade and as a response to the shortage of coins, first paper money was issued to pay for military expeditions. The first paper bill issued was a “bill of twenty” issued by Massachusetts Bay Colony, signed by John Phillips, Penn Townsend, and Adam Winthrop and was printed on a thin laid paper.

The British Parliament passed Currency Acts in 1751, 1764, and 1773 that regulated colonial paper money.

1. The 1732 Debt Recovery Act declared land and slaves to be the equivalent of property for the purpose of satisfying debts owed by colonists to the British.

2. The Currency Act of 1751 was passed to limit the colonies printing their bills of credit.

3. The Currency Act of 1764 prohibited the issue of any new ‘Bills of Credit’ and the re-issue of existing currency by the American colonists.

4. Parliament amended the Currency act of 1764 in 1773, permitting the colonies to issue paper currency as legal tender for public debts.

5. The Stamp Act Stamps had to be paid with ‘hard currency’ (silver or gold coins) and not in paper money.

After the amendment of 1773, most of the colonies started reissuing of the paper money.

The first dollar banknote was printed on 25th June, 1776 and is 9 days older than America! On June 25, 1776, the Continental Congress authorizes issuance of the $2 denominations in “bills of credit” for the defence of America.

The word dollar originally came from a Bohemian word thal, meaning “valley.” A silver coin was minted in a certain Bohemian valley and became known as a “thaler,” which was transliterated into English as a “dollar.” In the 1700s, the Spanish came out with a silver coin of almost exactly the same size and weight as a thaler. In the marketplace merchants referred to this as the “Spanish dollar” And the American market had already accepted the Spanish dollar as its basic unit of value.

The Continental Congress chartered the Bank of North America in Philadelphia as the nation’s first “real” bank. In 1785, two years before the Constitution was written, the Congress accepted the dollar as the official unit of value for the United States and determined that all foreign coin would be evaluated in terms of the Spanish dollar.

From 1792, when the Mint Act was passed, the dollar was defined as 371.25 grains (24.056 g) of silver. The Federal Monetary System was established with the creation of the U.S. Mint in Philadelphia.

The first United States dollar was minted in 1794, known as the Flowing Hair Dollar.

In order to finance the Civil War, Congress authorizes the U.S. Department of the Treasury to issue non-interest-bearing Demand Notes. These notes earn the nickname “greenbacks” because of their colour. By 1862, the Demand Notes incorporated fine-line engraving, intricate geometric lathe work patterns, a U.S. Department of the Treasury seal, and engraved signatures to aid in counterfeit deterrence.

The National Banking Act of 1863 was passed which for the first time in American history established the federal dollar as the sole currency of the United States.

1877: Bureau of Engraving and Printing:

In an attempt to lower the manufacturing cost, during the Great Depression, all Federal Reserve notes were made about 30 percent smaller- measuring 6.14 x 2.61 inches, rather than 7.375 x 3.125 inches.

In addition, standardized designs are instituted for each denomination, decreasing the number of designs in circulation and making it easier for the public to distinguish between genuine and counterfeit notes.

In God we trust:

The motto that appears on all the US dollar coins and notes, “In God We Trust” first appears on 1957 1 dollar silver certificates and later on 1963 series Federal Reserve notes.

More such exciting and interesting facts about World and Indian currency are covered in our website Mintage World.