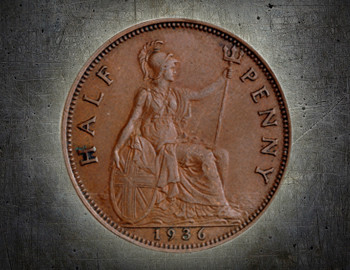 Britannia was the Greek and Roman term for the geographical region of Great Britain which was inhabited by the Britons. The term Britannia is a Latin word derived from the Greek ‘Prettanike’ or ‘Brettaniai’ used to denote a collection of islands with separate individual names.

However by the 1st century BC, Britannia came to be used for Great Britain specifically.

The history of Britannia can be traced back to the Roman times when in 43 AD Claudius directed four legions to conquest Britain and reclaimed an empire over the Atrebates (a Belgic tribe of Gaul and Britain). This newly reclaimed province was called as “Britannia”. The region, however, was first invaded by Julius Caesar in 55 BC.

Later in the 2nd century, this roman Britannia came to be personified as a female goddess “Britannia” and her iconographic attributes consisted of a trident and a shield and was shown wearing a Corinthian style helmet.

The Latin name “Britannia” stayed with the region long after the Roman withdrawal from Britain. After centuries of declining use, the Latin form was revived during the English Renaissance and the name along with its personification became a symbol of British national identity.

Following the Acts of Union in 1707, the Kingdoms of England and Scotland unanimously adopted Britannia as an emblem of British imperial power and unity.

The geographical personification of Britain must have been less popular with the emperors later because just twenty-five years after the Britannia strikes of Commodus in 184-185 AD the coins struck by the successors to commemorate their campaigns in Britain depicted the goddess of victory, Victoria.

Nearly 13 centuries later Britannia was revived on coins. This image of Britannia was copied from the early Roman prototypes. During the reign of Charles II, Britannia made her first appearance on English coins on a farthing of 1672.

Britannia appears on postage stamps as early as 1850’s. Britain by now had a lot of colonies and since the advent of postage stamps in Britain, with the introduction of the ‘Black penny’, these colonies too had separate stamps issued. 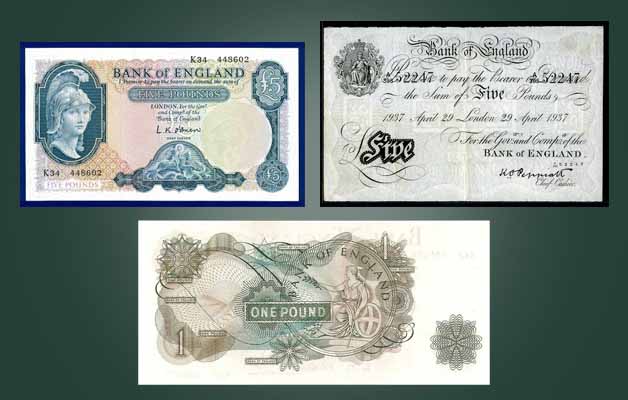 On 27th July 1694 a Royal Charter from the king, William III was issued to form the Bank of England in order to raise funds for the government. This newly formed bank started to issue banknotes. These were handwritten and made out to an individual who could cash them at any branch of the issuing bank.

On the 30th July 1694, the Court of Directors decided that the device for their Common Seal should represent “Britannia sitting and looking on a Bank of mony”[6] And hence since then Britannia is the official emblem and logo of the Central Bank of Britain.

Britannia, the female personification of the British Isles and the emblem of British imperial power, surfaces and resurfaces on coins, stamps and banknotes. She is also the symbol of the bank of England. Over the years, the image of Britannia has altered, and her maritime links being emphasised by switching her spear to a trident. Her name taken up by many companies and her connection with the sea has made Britannia a very popular name for the ships.

[2] The Hadrianic School: A Chapter in the History of Greek Art, By Jocelyn M. C. Toynbee, pg.64