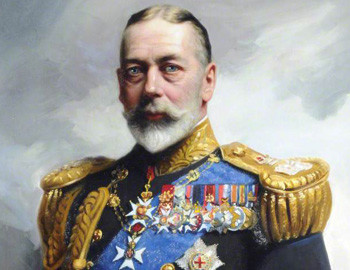 Unlike other monarchs of Britain, King George V had a very distinct personality. Some historians have called him a ‘dull’ man. Calling someone ‘dull’ is a matter of choice though and hence is very subjective. It was only because his ordinary lifestyle did not match up to a King’s status that he attracted controversies like these. One thing that makes him different though was his love for stamp collection. In a way, he not only shaped the structure of Monarchy in Britain but is someone who revived philately as a hobby. Considering his position and stature, he is considered as one of the most famous stamp collectors of the world.

George V worked dedicatedly for Britain and the British commonwealth. He was not someone who would indulge in intellectual activities and would rather prefer to lead an ordinary life. Even then, his understanding of the British Empire then cannot be compared. This is evident from his stamp collection which focused more on the British Empire stamps. His collection consisted of 328 albums, popularly termed as “Red Albums” and each of these albums consist of 60 pages. These undoubtedly became the base of the Royal Philatelic Collection. His collection also included the rare and one of the most desired Mauritius Post Office Two Pence stamp. In 1893 he went on to become the vice-president of the Royal Philatelic Society of London. On his wedding, the society gifted him an album of nearly 1,500 postage stamps.

He then purchased the rare Mauritius two pence blue in 1905. Only 27 such stamps are known in the world and there is an interesting story behind it.  Once the King and his courtier was having a conversation when the courtier said, ”Some damned fool had paid as much as 1,400 for one stamp.” The King replied back saying, ”Yes, I was that damned fool!”

This clearly shows how much he loved his hobby. And his purchase was a brilliant investment indeed that fetched nearly $3.9m at an auction. This story in fact makes him one of the most famous stamp collectors who could go to any extent to follow his hobby.

When he was living his last few days suffering from influenza in 1938, He would resort to looking at his stamp collection for hours and seek some solace.

The tradition of collecting stamps was continued by George VI’s Blue Albums and Elizabeth II’s “Green Albums”. His collections are still stealing the shows at different auctions. This definitely goes to show that he was not at all dull. While considering famous stamp collectors, nobody can really rule him out.

There are many other famous stamp collectors like King Farouk I of Egypt, Prince Rainier III of Monaco, Charlie Chaplin, John Lennon, Ayn Rand etc.

If the Big Boys and Girls can do it, what’s stopping you? Head out to the nearest post office and start collecting now, we bet you will fall in love with philately very soon.