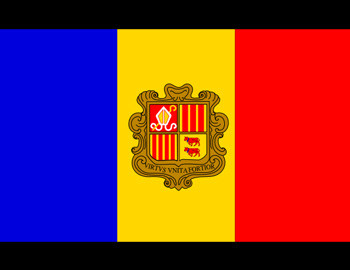 One of the small countries in the world, Andorra is known for its glacial landscapes, steep valleys, and open pastures. Its ethereal nature with its lack of customs duties and low or nonexistent taxes has attracted millions of shoppers from all over Europe for its duty-free imported goods. Today we shall explore one its significantly important sectors – coins of Andorra. 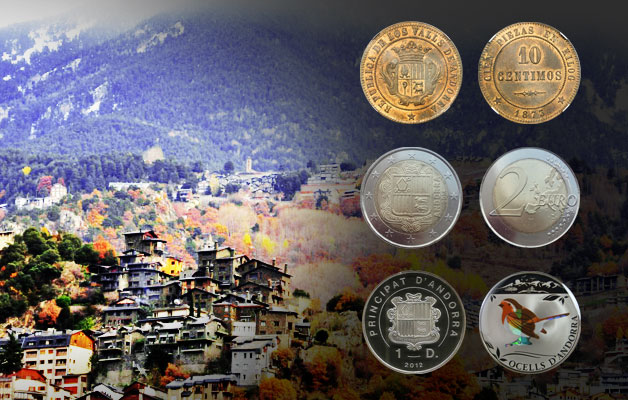 At 181 square miles, Andorra is often described as ‘tiny’ ‘little’ and ‘minute’. The only co-principality in the entire world, there were no coins of Andorra or this country has never had a currency of its own. It is situated in the Pyrenees Mountains, bordered on the north and east by France and on the south and west by Spain. For 715 years – until 1993 – it was ruled jointly by the leader of France and Spain’s Catalan Bishop of Urgel.

Andorra’s monetary system then reflected this dual governance, with the French franc and Spanish pesto serving as a legal tender in their prospective administrative areas. Even though Andorran voters approved their first constitution in 1993, which transferred power to “parliamentary co-principality” of Andorra, the dual monetary system continued until 2002, when the French and Spain joined the Euro-zone and adopted the euro.

Andorra signed a monetary agreement in 2012 after a lot of delay with made euro its official currency. According to the contract, it was permitted to issue up to 2.4 million euro coins from July 2013 which served as coins of Andorra. However, it was not until 2015 that the coins went into circulation. The 1, 2, and 5 euro cent pieces depict a Pyrenean chamois. The Church of Santa Coloma and a depiction of Christ from the church Sant Marti de la Cortinada is portrayed on the 10, 20 and 50 euro cent pieces. In August 2015, it was announced that the depiction of Christ had been removed from coins of Andorra on the grounds of religious neutrality. The 2 euro, 10, 20 and 50 euro cent were minted by Monnaie de Paris, while the 1 euro, 5, 2, 1 euro cent were produced at the Royal Mint of Spain.

Watch this space to know more about world coins. Stay with us as more interesting facts on coinage coming up.