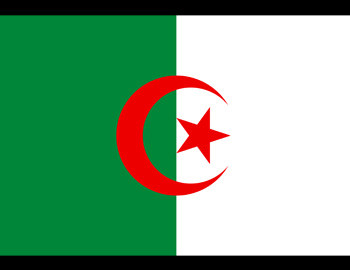 Welcome to the third part of the world coin series. Our focus today is the magnificent country of Algeria and its coinage. So get onboard and buckle-up as we take you on a ride on our Mintage World time-machine to understand coins of Algeria. 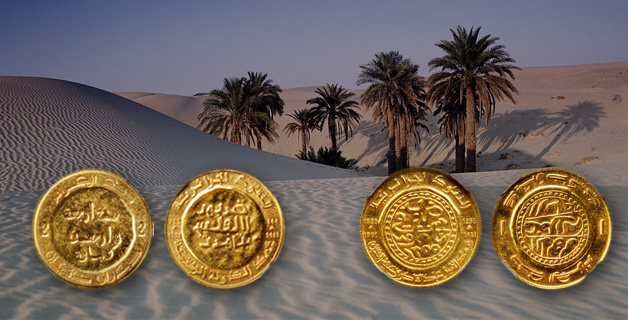 Picturesque, lively and quaint, the country of Algeria has a long and arduous history much like its coinage. Algiers, the capital and chief seaport of Algeria was the site of Phoenician and Roman settlements in the earlier centuries. Gold sultani coins of Algeria (locally called dinars) began to be minted in the Algiers in the 1520s soon after the Turkish corsairs obtained control of the city. Thanks to its trading links and access to Saharan gold, Algiers soon became one of the leading locations for sultani production.

In the second half of the sixteenth century, there emerged another mint in Algeria which issued gold coins in the name of the Ottoman sultans. The conquest of Oran in the west by the Spanish in 1509, and of Algiers by the Ottomans in 1516 had left the Ziyanid rulers of Tilimsan in an ambiguous position between two powers. After nominal rule by the Ziyanid until the middle of the century, the Ottomans took over by appointing a new governor in 1556. A new series of gold coins of Algeria were struck until 1603 in the name of the Ottoman sultans but they did not adhere to the standard sultani coins. The general design of the Tilimsan gold coins followed the twelfth-century pattern introduced by the Muwahhids which subsequently became the base for all Maghribi gold coins until the sixteenth century. This difference between Tilimsan and Algiers gold coins may be due to a difference in the administrative status of the two places. 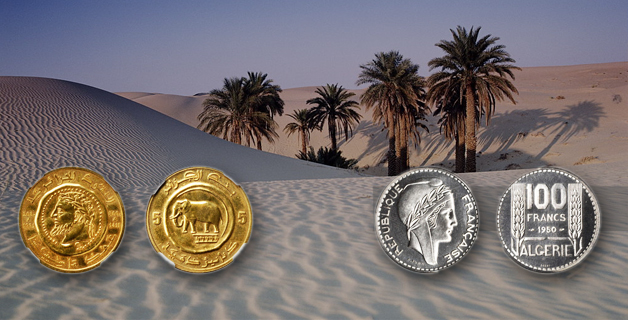 In contrast to gold, issues of mostly square-shaped silver coins called akce or asper remained limited in Algeria until the eighteenth century. According to European sources, local authorities in Algiers began to issue larger silver coins in the second decade of the century. In the 1730s, one sultani could be exchanged for 9.5 French francs or 8.5 Algerian batlakas, each of which contained approximately five grams of pure silver. Due to the growth of exports and increasing availability of specie, Algeria enjoyed considerable monetary stability for the rest of the century. Even larger silver coins of Algeria called budju or riyal budju began to be issued. One budju equaled three silver batlakas or twenty-four billon mazumas. Multiple and fractions of the budju were also issued. In 1829 three new silver coins were introduced and Budju became Tugrali-rial, Tugrali-batlaka = 1/3 Rial = 8 Muzuna and Tugralinessflik = 1/2 Batlaka = 4 Muzuna.

Copper coins called harruba or “bourne” by the Europeans was also issued. These coins of Algeria were initially issued in fractions of the akce but with the depreciation of the latter, the nominal value of copper coinage was raised. The Spanish eight-real piece or the piaster emerged as the leading means of exchange in Algeria during the early part of the seventeenth century. French occupation of Algeria that began in 1830 was not completed until 1848 due to local resistance struggle. During this period, new mints were opened at Constantine and Medea and mints at al-Taqidemt and al-Mascara produced Ottoman style coins in the name of the resistance fighter Abdul-Qadir. 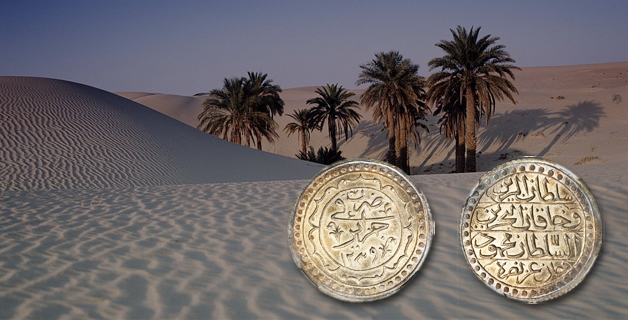 Bidju ceased to be the local currency in 1848 with the French occupation. In 1959, inflation required the issuance of the nouveau (new) franc, equal to 100 old francs and divisible into 100 centimes. Although it gained independence in 1962, Algeria continued the use of the nouveau franc until 1964, when the franc was replaced with the dinar – the Arabic form of the ancient Roman denarius.

Dinar was first introduced on 1st April 1964 and was subdivided into 100 santeem (now obsolete). Coin denominations of 1, 2, and 5 santeem in aluminum, 10, 20 and 50 santeem in aluminum-bronze, and 1 dinar in cupro-nickel were initialized. The obverse depicts the emblem of Algeria while the reverse shows the values in Eastern Arabic numerals. In the later years, commemorative coins of Algeria of various subjects were issued. However, the 1, 2, 5, 10 and 20 santeem coins were last produced in the 1980s.

Alas! We have reached our end destination. We hope you enjoyed your ride. Do stay tuned with us for more information on world coins as we uncover every country in the world alphabetically.