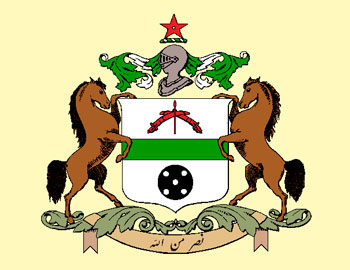 Tonk Princely state is located at the present-day border of Rajasthan and Madhya Pradesh. It was the only state in Rajasthan which was ruled by Muslim rulers in the nineteen century. In 1817, this state signed a subsidiary alliance treaty and became a protectorate of the British. Tonk accessed to Union of India on 7th April 1949. 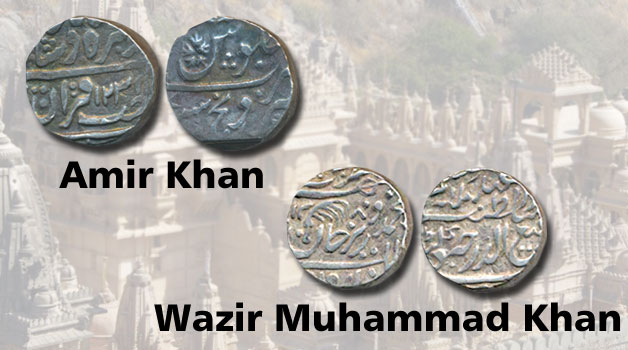 A long time ago in 1798, there was an adventurer and military leader of Pashtun descent from Afghanistan called ‘Amir Khan’. He rose to the position of military commander in the service of Yashwantrao Holkar of the Maratha Empire. Amir Khan received the state of Tonks from Holkar’s and later on, after the Third Anglo-Maratha war Amir accepted the British suzerainty in the year 1817 and received the title of Nawab.

During the reign, Amir Khan issued silver and copper coins in the denomination of Rupee and Paisa. These coins were issued from Sironj and Tonk mints. Represented here is Amir Khan’s silver Rupee which issued in the name of Muhammad Akbar II in 1232 AH. The Persian legend ‘Sikka Mubarak Sahib-e-Qiran Sani Muhammad Akbar Shah Badshah’ bore on the obverse face of the coin. The reverse depicts the mint name, Sanah, and Julus formula.

Muhammad Wazir Khan was the second ruler of the princely state of Tonk. He was the eldest son of Muhammad Amir Khan whom he succeeded. During the Indian Rebellion of 1857 he allied himself with the British and repulsed rebels.

He also welcomed refugees such as artists, musicians, and writers who fled from Delhi after the Revolt of 1857 and were not able to enjoy the patronage of the Mughal rule. In this manner, the court of Tonk emerged as an important cultural and artistic centre where Mughals remnants were preserved in the best possible way.

The earliest coins of Wazir Muhammad were issued in Mughal style bearing the name of Muhammad Akbar. After 1858, coins featured the name of Queen Victoria, a reign of her majesty and Queen of the kingdom on the obverse and on the reverse bearing Nawab’s name, title and Hijri date were found.

Wazir Muhammad issued silver and copper coins during the reign. These coins were issued from Sironj and Tonk mint and represent Leaf mint mark. He died in 1864 and the throne was ascended by his eldest son Nawab Muhammad Ali Khan.

Muhammad Ali Khan became a third Nawab to rule the Tonk Princely State from 1864 to 1867 AD. He soon fell in the enemy’s trap and so British deposed and banished him from Tonk. He went to Benaras where he died in 1895. Thereafter, British government proclaimed minor son of Ali Khan, Nawab Muhammad Ibrahim Ali Khan under regnant of his uncle.

Muhammad Ali’s coinage followed the same pattern as their predecessor. He issued silver and copper coins from Sironj mint. These coins are found in the denomination of Paisa and Rupee. Its features Kings name and title with AH date, Leaf and Flower on its obverse face of a coin while the reverse depicts name of Victoria Empress in Persian legend.

Muhammad Ibrahim Ali Khan was the fourth Nawab of Tonk Princely State who ruled from 1868 to 1930 AD. During Ibrahim Ali’s reign, the mint was transferred from Sironj to the capital.

He issued coins in gold, silver, and copper in different denominations and fractions from Sironj and Tonk mint. These coins were issued in the name of Queen Victoria and represent the Feather/Turban ornament as the mint mark.

Muhammad Sa’adat Ali Khan was the Nawab of Princely state of Tonk who rule the state from 1930 to 1949 AD. He continued the reforms legacy of his father, Ibrahim Ali Khan.

Sa’adat Khan issued silver 1/8 Rupee in the name of George V. These silver Rupee usually has Persian legend ‘George V’ with AH date and leaf mint mark on its obverse and reverse bears legend ‘Muhammd Sa’adat Ali khan’ with the mint name. His copper coins are known as Pice (Paisa).

The copper Pice shown in the image was issued during his reign. The obverse of the coin depicts star within the crescent moon, crossed swords, shield with date “Sanah 1350 Hijri”   below inside circle. Legend outside circle read as- “His Highness Nawab Muhammad Sa’adat Ali Khan Sahib Bahadur, Wali Riasat Tonk” (His Highness Nawab Muhammad Sa’adat Ali Khan Sahib Bahadur, Sovereign of the State, Tonk). The reverse of the coin contains legend ‘Ek Paisa’ with leaf mintmark and date ‘Sanah Iswy 1932’ within the circle. Legend outside the circle – “Bi’ahdi Mulk Muazam Qaiser-i-Hind – George Pancham” (In the time of the Honoured ruler Emperor of India – George V).

More blogs on the Coinage of other Princely States coming up very soon. Till then Stay tuned.