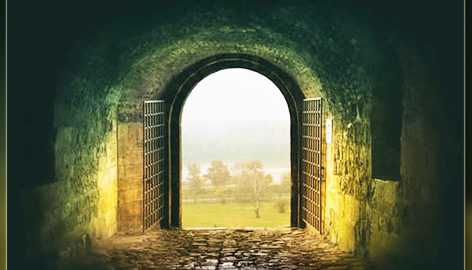 Doors or an entrance is developed for the smooth administration and trade. The first innovation of fortified city or fort was introduced for protection. All over the world, there are numerous examples of the advance fort and fortified towns. India has a long history of forts; the Shisunaga Gadh fort is one of the first forts of India. One of the best examples of the ancient fort is the fort of Rajgruha. Many literary sources elaborate on the fundamental structure of forts but the most important is given to the doors. As discussed in part I about the various gates all over India, these doors represent the epitome of Indian architecture and culture. The prominence and beauty of these doors are so incredible that they are still part of many cities as the symbol of the glorious past. These marvelous entrances are also illustrated on the Doors on stamps series by India Post in 2019. These magnificent structures are worth watching and exploring… 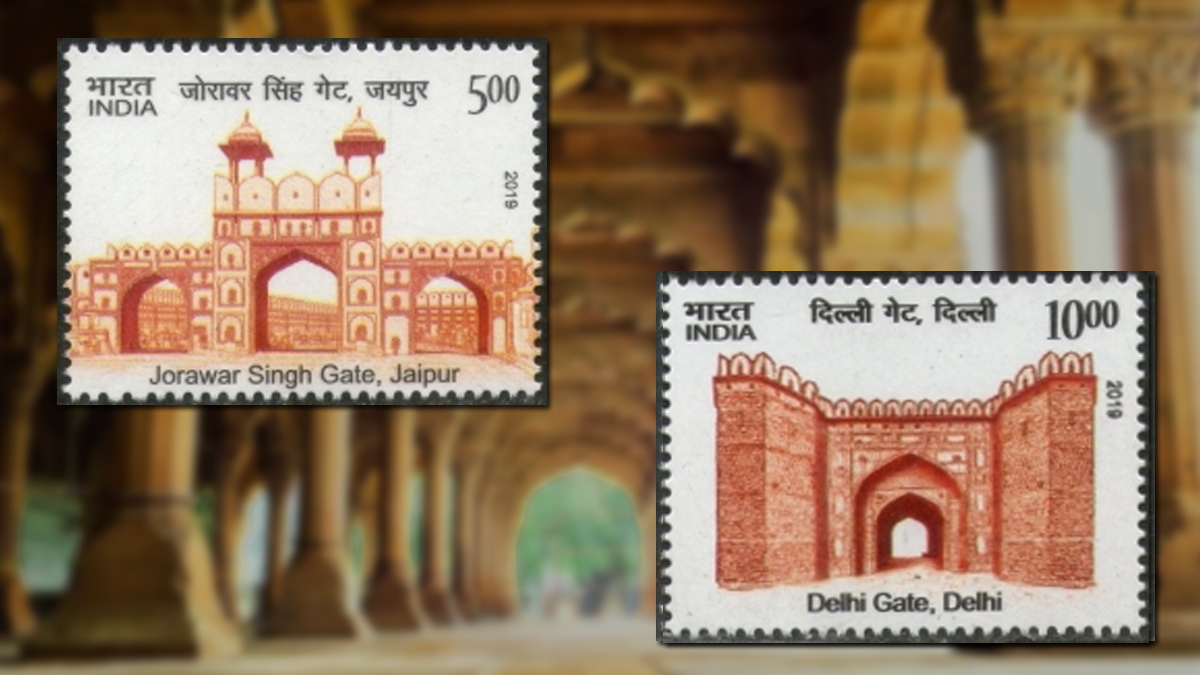 Located in the Pink city of Jaipur, the Zorawar Singh Gate or the Dhruv Pol is on the northern side of the city wall. It is named after the Pole star or the Dhruv Tara. This gate is also the widest of all the gates.

It is also named after the General Zorawar Singh, who led his army from this gate. This gate is an excellent example of Indian architecture during the medieval period.

In 2019, India post issued a set of commemorative stamps in the series Doors on stamps to illustrate the gates of India. One of the stamps depicts this magical and classical piece of the history of Jaipur.

The southern Gate in connecting the both New and Old Delhi is called Delhi gate. It is the part of that historic walled city Delhi built by Mughal Emperor Shahjahan which was called Shahjahanabad in 1683. It is said that the emperor used this gate to travel to Jama Madjid for Prayer. This gate is similar to the Kashmere Gate in the north.

This impressive huge structure is created by Sandstone with two stone carving of the elephant of either side. It is noted that road from this gate passes through Daryaganji leading to Kashmere gate. This gate is now maintained by the Archaeological Survey of India.

To commemorate this historic structure Indian Post has issued a five rupee stamp in the series of ‘Doors on Stamps’ in 2019. 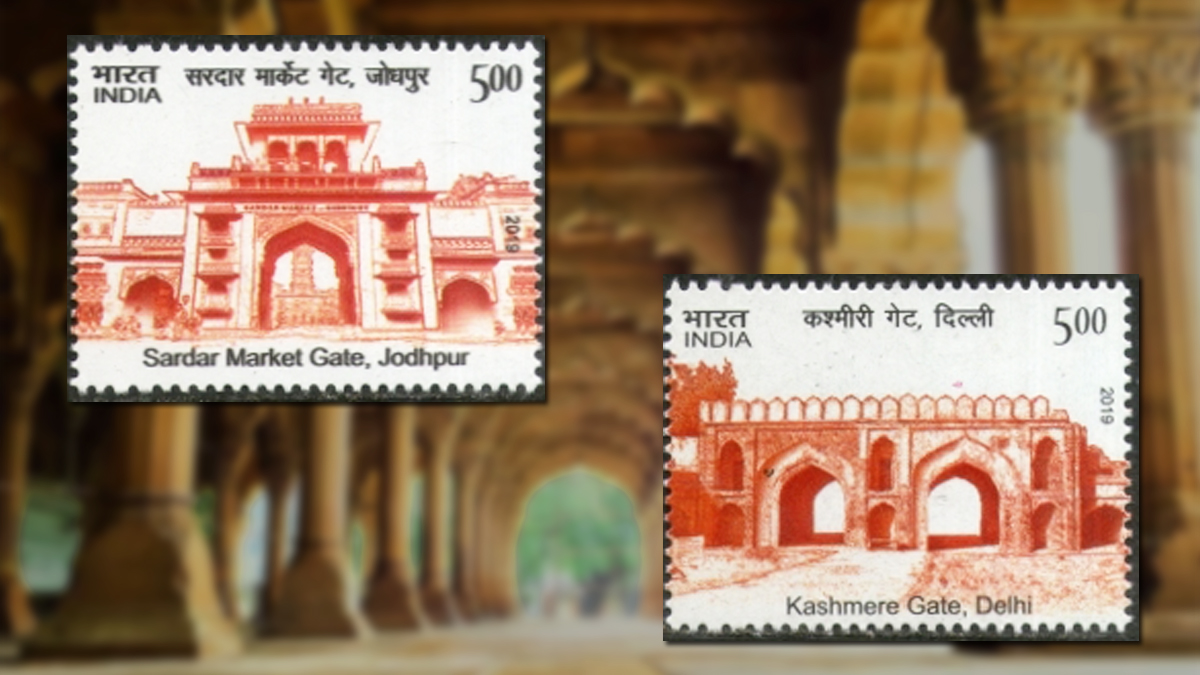 Famous for its Ganta Ghar ‘Clock tower’, the Sardar market gate was built by Maharaja Sardar Singh in between 1880 to 1911.  It is created with typical Rajasthani architecture with a lot of balconettes, arches, and floral designs. The facade of each unit is characterized by “jharokhas” and openings on all sides of the gate. Made of red sandstone and white marble, this gate divides the new city from the old.

Located on the northern gates in the city walls of what is now known as Old Delhi, The gate was named ‘Kashmere Gat’ because it faced north, towards the road to KashmirOriginally the city of Shahjahanabad founded by Mughal Emperor Shahjahan. The Gate was located close to river Yamuna and the region around it became a site of recreational gardens. Qudsia Begum, the mother of Emperor Ahmed Shah, built Qudsia Bagh, a Charbagh Mughal garden outside Kashmiri Gate, and Dara Shukoh, the eldest son of Emperor Shah Jahan, built his palace just inside the Kashmiri Gate.

After East India Company captured Delhi from Marathas in 1803, they gradually set up their residential estate in the Kashmiri Gate area. The gate next gained national attention during the 1857 War of Independence. The British had used the gate to prevent the mutineers from entering the city. It also suffered extensive damage and was left in its ruined state as a symbol of the First War of Independence.

To commemorate this magnificent gate India Postal Department has issued 5 Rupee postage stamps on 19th October 2019 as a part of the series ‘Doors on Stamps’.

India Post has issued all together eight stamps in the Doors on Stamps series. It has tried its best to cover the entire historic gate that has some significance. These all mammoth structures depicted in the stamps highlight the vivid architecture and tradition of India during the medieval period. These two following blogs had tried to explain the importance of these doors in both social and political aspects.

Here’s the link to the Previous Blog!