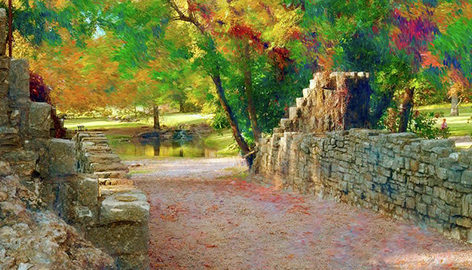 Every country has things that they like to boast about and coins become a very popular choice to portray the diversities of a country. Well you see, a coin is not just a legal tender or a form of money but it can also be a great platform to celebrate some special occasions or to honour and pay respect to great personalities and other important aspects of the country. Today in this blog we will see the Beautiful America: National Park Quarters that were issued in 2011.

All the coins of this series have a common obverse. It portrays the portrait of  George Washington (the first president of United States of America from 1789 to 1797) facing towards left; with the inscription ‘UNITED STATES OF AMERICA’ at the top’ inscription ‘LIBERTY’ and ‘IN GOD WE TRUST’ written to the left and right side of the coin and ‘QUARTER DOLLAR’ written at the bottom. 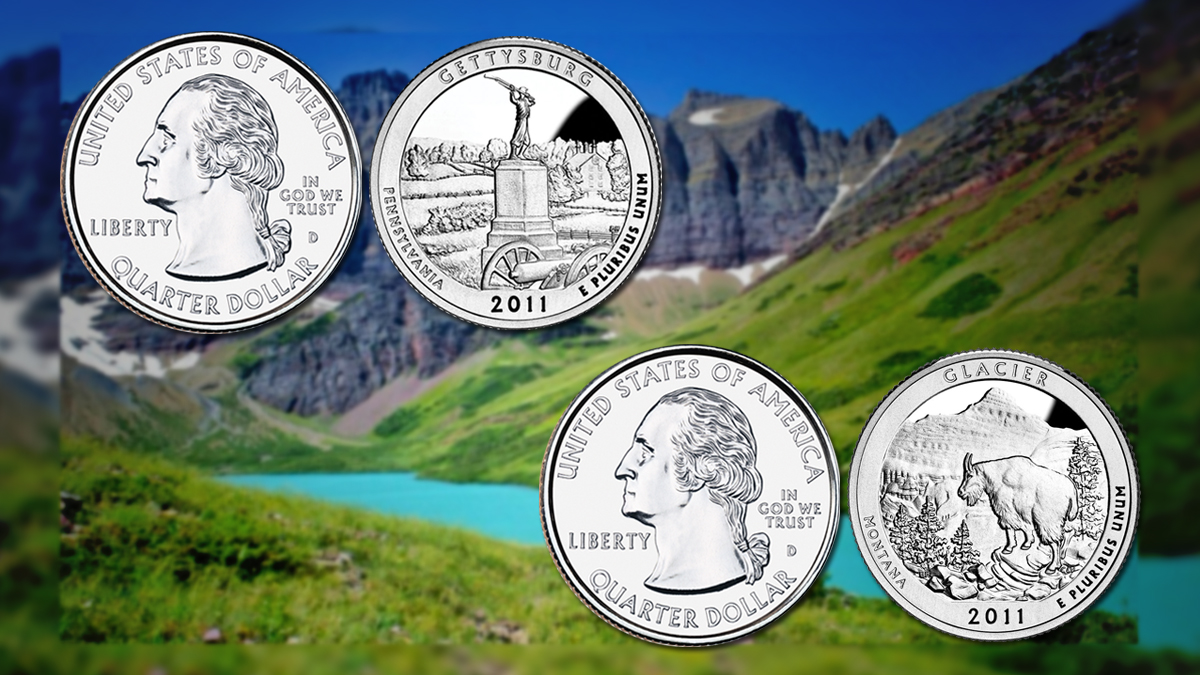 The United States of America had issued Commemorative Quarter Dollar of Gettysburg National Park in the year 2011. The Battle of Gettysburg which was fought in the year 1863 was the turning point of the Civil War. The union victory ended General Robert E. Lee’s second and most ambitious invasion of the North.

While the obverse has the portrait of George Washington, the reverse side of the coin depicts the 72nd Pennsylvania Infantry Monument, located on the battle line of Union Army at Cemetery Ridge. Design candidates were developed in consultation with representatives of Gettysburg National Military Park.

The United States of America had issued this commemorative coin on Glacier National Park; which is located in North-western Montana; in the border of Canada-United States border, which is often called as adjacent to the Canadian provinces of Alberta and British Columbia.

This National Park is spread over 1 million acres which include around two mountain ranges, over 150 lakes and more than 1,000 different species of plants, and hundreds of species of animals. Due to its vast eco-system, it is also referred as “Crown of the Continent” since it sits at the headwaters of the streams that flow into the Pacific Ocean, the Gulf of Mexico and Hudson Bay.

The obverse depicts G. Washington and the reverse of the Glacier Quarter shows a mountain goat depicted climbing over the rugged terrain of the park. The feature is the northeast slope of Mount Reynolds shown off in the distance. 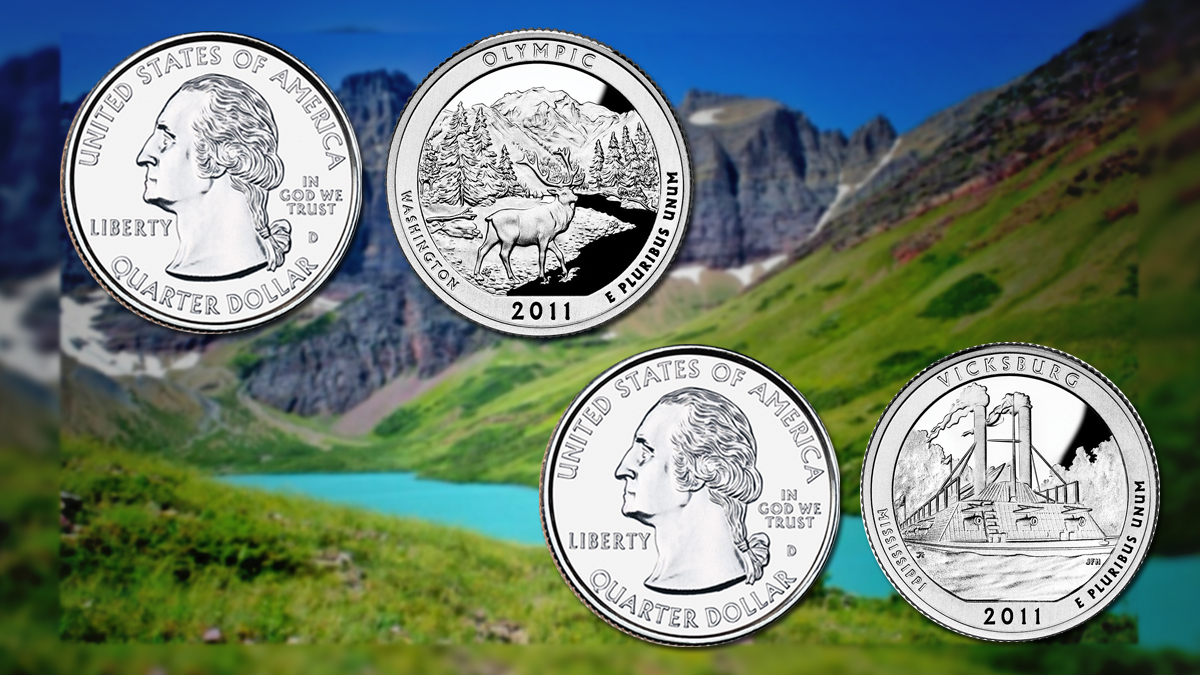 This quarter dollar was the third released in this year and the eighth overall in the America the Beautiful Quarters Program.

Olympic National Park is located in the states of Washington, on the Olympic Peninsula. This National Park had four regions the Pacific Coastline, Alpine areas, the west side temperate rainforest and the forest of the drier east side. This National park invites people invites visitors to explore three distinct ecosystems: subalpine forest and wildflower meadow; temperate forest; and the rugged Pacific shore.  The United States of America has declared this national park both an international biosphere reserve and a World Heritage site.

The obverse of this coin has a portrait of George Washington and the reverse of the coin depicts Roosevelt elk standing gravel river bar of the Hoh River with a view of Mount Olympus in the background.

This quarter dollar commemorative coin with the theme of Vicksburg National Military Park in the year 2011 was the fourth released in the year 2011 and ninth overall in the American Beautiful Quarter Dollar Program.

Vicksburg National Park is situated in Vicksburg, Mississippi; it also commemorates the greater Vicksburg Campaign which led up to the battle.  This National Park commemorates one of the most decisive Civil War battles; the campaign, siege, and defence of Vicksburg. This park includes around 1325 historical monuments, 144 emplaced cannons, gunboats, Grant’s site etc. They have reconstructed all the fort and trenches which evoke the memories of the 47th-day siege that ended in the surrender of the city.

The obverse of this coin has a portrait of George Washington  and the reverse of the coin depicts U.S.S Cairo on the Yazoo River as it would have been seen when it served the U.S. Navy during the Civil War. 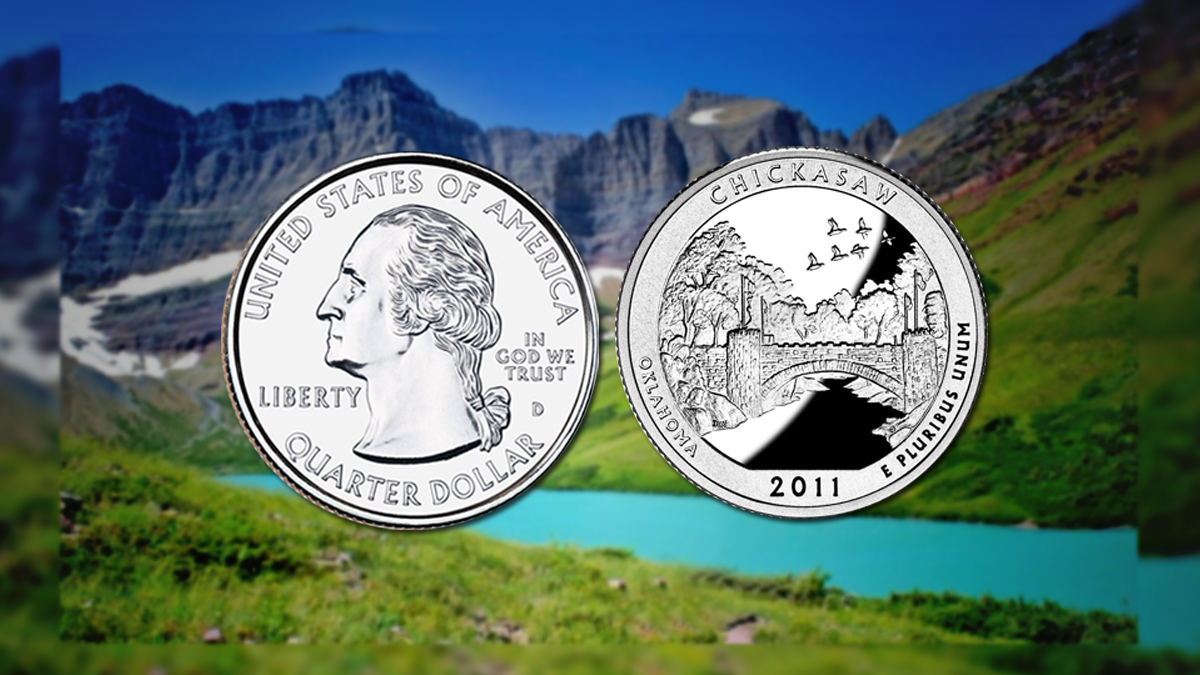 The United States of America had issued a Commemorative Quarter Dollar with the theme of Chickasaw National Recreation Area in the year 2011. The obverse of this coin has a portrait of George Washington. The reverse of the coin depicts the famous Lincoln Bridge.

Aren’t all these coins beautiful? These coins are issued with the mission to preserve all the national and cultural resources and to value the National Park System for the enjoyment, educational and inspire the future generation.

The Commemorative coins make great collectibles. Issued in limited quantity over a limited period, these coins are collected by both amateur and experienced collectors with equal enthusiasm! Do you have any in your collection?