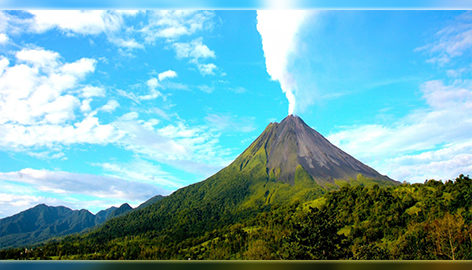 In this part we are going to look at the banknotes of Costa Rica. To read the first part of this series click here.

Costa Rica is a rugged, rain forested Central American country with coastlines on the Caribbean and Pacific. Though its capital, San Jose, is home to cultural institutions like the Pre-Columbian Gold Museum, Costa Rica is known for its beaches, volcanoes, and biodiversity! Roughly a quarter of its area is made up of protected jungle, teeming with wildlife including spider monkeys and quetzal birds. Costa Rica was sparsely inhabited by indigenous peoples before coming under Spanish rule in the 16th century.

Did you know that after the Costa Rican Civil War, the country permanently abolished its army in 1949, becoming one of only a few sovereign nations without a standing army! Isn’t that interesting?

It also has progressive environmental policies and is the only country to meet all the five criteria established by UNDP to measure environmental sustainability.

The colon is the currency of Costa Rica. It is named after Christopher Columbus, known as Cristobal Colon in Spanish. The colon was introduced in 1896, replacing the Costa Rican peso at par and is divided into 100 centimos.

Today we are discussing a few Costa Rica Colon banknotes issued in various years. The note specifications are as follows:

The obverse has Costa Rica’s Head of State Braulio Carrillo Colina in centre flanked by the denominational value in ornate patterns. The reverse features the official Coat of arms set in patterned design.

The obverse has the portrait of Manuel María de Peralta y Alfaro, a Costa Rican diplomat and historian, to right and a class of men to left. The reverse features the Casa Amarilla – Yellow House – the seat of Ministry of Foreign Affairs and Culture, San Jose.

The obverse has Costa Rica’s Head of State Braulio Carrillo Colina, while the reverse highlights the Dry Forest Species with the Guanacaste Tree, the national tree of Costa Rica known for its chilling shade – a blessing from the heat, the Pitahaya fruit also called as dragon fruit, and the White Tail Deer.