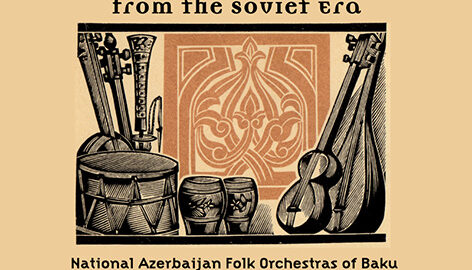 “Music is a moral law. It gives inspiration to the entire world, wings to the soul and raises the thoughts of man up to the heavens. Music is the basis of the order. It is the embodiment of eternal beauty and glory.” These words by the great Greek philosopher Plato would find resonance in the soil of Azerbaijan be he a philosopher or just ordinary worker. Harmonic music lives in the very nature of this land, in its soil, trees and rocks. Classic Azerbaijani poetry is filled with lines about music and the supreme spiritual enjoyment that it gives. The rich musical heritage created since the ancient times is absolute proof of a genetic talent that is inherent in every generation of the Azerbaijani nation which produced Azerbaijani Music Maestros!

Nizami Ganjavi was a 12th-century Persian Sunni Muslim poet, who is considered one of the greatest Azerbaijani Music Maestros and romantic epic poets in Persian literature. His heritage is widely appreciated and shared by Afghanistan, Azerbaijan, Iran, the Kurdistan region and Tajikistan. He was born in Ganja (Seljuq empire, now Azerbaijan) with the formal name was Jamal ad-Din Abu Muhammad Ilyas ibn-Yusuf ibn-Zakki. Nezami lived in an age of both political instability and intense intellectual activity, which his poems reflect. Nezami was a master of the Masnavi style (double-rhymed verses). 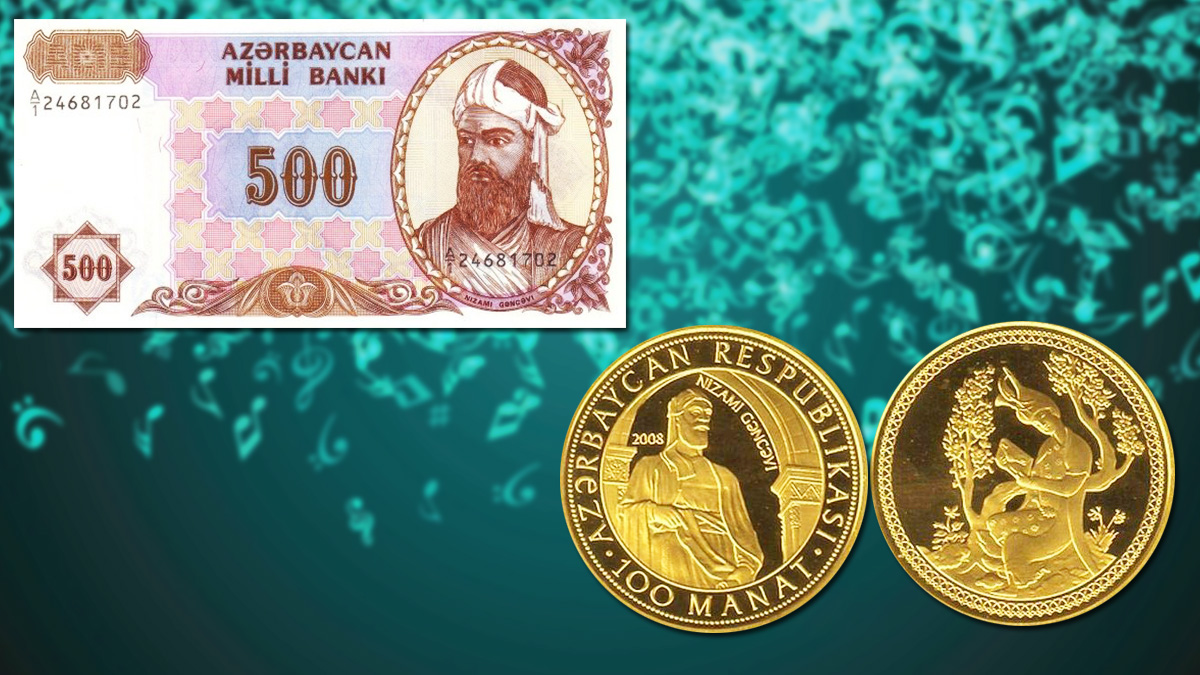 He was commemorated by issuing a special coin as well as on a banknote of Azerbaijan. Nezami was depicted on the obverse of the Azerbaijani 500 manat banknote which circulated between 1993 and 2006, which depicts the portrait of the poet on the obverse and the ornamental design in the reverse.

In 2008, coinciding with the 800th anniversary of his death, the National Bank of Azerbaijan minted a 100 manat gold commemorative coin dedicated to his memory. The obverse of the coin depicts a portrait of Nizami under an arc along with the year of Issue and his name. The Outer circle bears an inscription which reads the Republic of Azerbaijan and the denomination value at the bottom. The reverse of the coin depicts the Sitting figure of the poet facing left reading poetry in front of 2 small trees.

Born Murtuza Raza Oglu Mammadov, Bulbul was a famous Azerbaijani and Soviet opera tenor, folk music performer, and one of the founders of vocal arts and national musical theatre in Azerbaijan. He was known for his musical talent since his childhood, which is why people nicknamed him Bulbul (“nightingale” in Azerbaijani). He chose it as a stage name when he became involved in professional music. In his songs, Bulbul was able to blend national manners of performance with traditions of Italian vocal school. Bulbul was the first musician to publish study guides and manuals used in teaching students how to play the tar, kamancheh and Balaban, traditional musical instruments of Azerbaijan. Bulbul was awarded the highest order of the Soviet Union – the USSR State Prize, as well as the “Stella di Garibaldi” order in Italy. 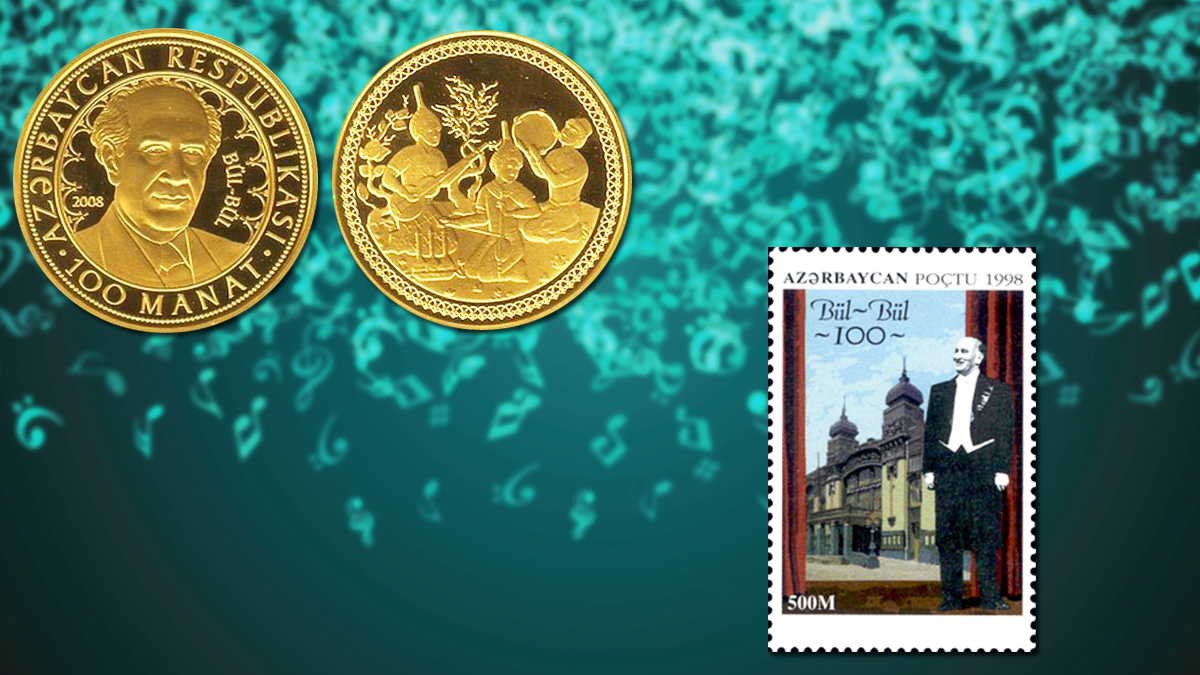 In 2008 the Central Bank of Azerbaijan minted a 100-manat gold commemorative coin dedicated to Bulbul. The coin depicts a portrait of Bulbul in the centre within a circle along with his name on the right and 13 arc decorations. The outer circle has an inscription in Azerbaijani which reads the Republic of Azerbaijan and denomination value. The reverse of the coin depicts three musicians playing musical instruments in front of 2 plants.

In 1998 Azerbaijani Post issued a special commemorative stamp worth 500 Manat which depicts a standing profile of the musician with a famous Building in the background. The stamp was issued to commemorate the Birth Centenary of Bul-Bul.

Uzeyir Hajibeyov has made important contributions to the development of national Azerbaijani music. He is known as the author of the Azerbaijani anthem during the Soviet period and he became the first composer of an opera in the Islamic world. On the birthday anniversary of Uzeyir Hajibeyov, Azerbaijan celebrated National Music Day on 18th September. His first opera Leyli and Majnun was based on the tragic love story, written by the 15th-century poet Fuzuli. His opera reflected traditional modal music of mugham (one of the folk musical compositions from Azerbaijan), incorporated into a Western genre, and used the instruments indigenous to both traditions. National Music Day was officially established in 2008 and it was dated to the anniversary of the first performance of Leyli and Majnun in 1908. 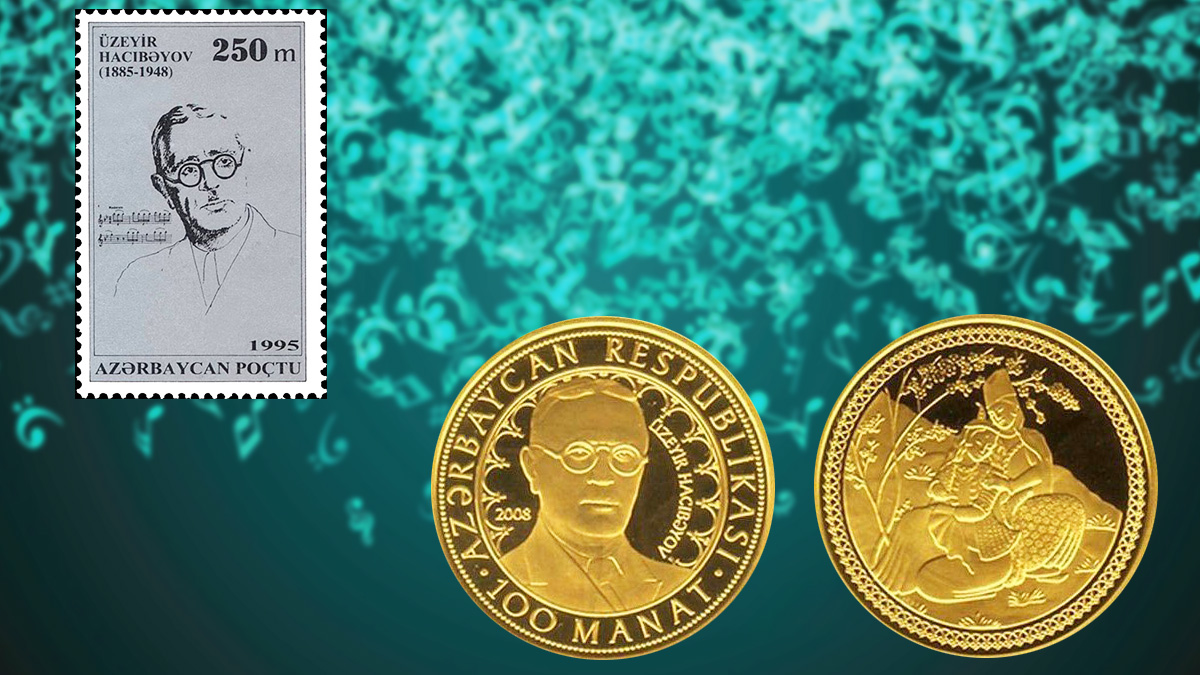 Hundred years later, Azerbaijan commemorated the life of one of the renowned Azerbaijani Music Maestros with a philatelic and numismatic issue. Memorial coin with the denomination of 100 Manat is dedicated to the memory of the great composer, musician Uzeyir Hajibeyov. The coin bears a portrait of the musician. Around the portrait, the year of emission of the memorial coin 2008 year, and the words Republic of Azerbaijan”, the name of composer and value of memory coins are given. The reverse depicts Sitting couple probably Leyli and Majnun right of the small bush is depicted.

The stamp was issued in the year 1995 to celebrate the birth anniversary of Uzeyir Hacibeyov. The stamp depicts Portrait of Composer in black line drawing on the grey background with music notes on his right.

Music holds a high status in traditional Azerbaijani society and culture which appropriately plays a central and prominent role in the rise of nationalism. One of the world’s most ancient nations – the nation of Azerbaijan – has the right to feel proud of its history and culture. Music is one of the richest cultural aspects of Azerbaijan and the Azerbaijani Music Maestros are an indispensable part of it.