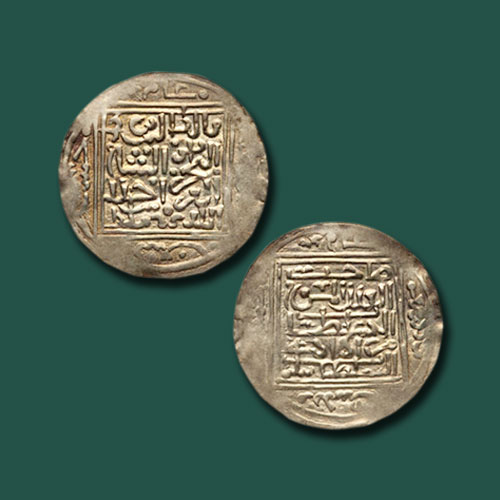 Murad III, the Sultan of the Ottoman Empire was born today on 4th July 1546. Reigning from 1574 until his death in 1595 AD, his reign saw lengthy wars against Iran and Austria and social and economic deterioration within Ottoman state.

He was born in Manisa, to Sultan Selim I and his Empress consort Afife Nur Banu. At the age of 18, Murad was first appointed the provincial governor of Aksehir, and Saruhan (Manisa). Following his father’s short reign, Murad, at 28, ascended to the throne as the Murad III and the twelfth sultan of the Ottoman dynasty.

During the reign, he issued coins in the denomination of Dinar, Dirham, Nasri, Akce, Sultani, and Uthmani. These coins were issued from various mints such as Tarabalus Gharb, Sakiz, Selanik, Inegol, Canca, Misr, Sidrekipsi, Nahcivan, Shamakhi, Jazair, Cajnice, Jazair, Manisa, and Sa'da.

His coins usually have the legend ‘Sultan Murad bin Selim Khan, azze nasruhu, dhuribe seneh’ on its obverse face. On the other hand, the reverse of the coins has a legend which read as ‘Dharibun-Nadri sahibbul izzi vennasri filberri velbahr’. The above shown gold Dinar was issued under his reign from Tilimsan (in Algeria) mint.