Thanks for sharing your images - Heritage Auctions - Dallas Texas, USA.

Mintage World would like to thank Mr. Jayesh Gala for the use of images of the banknotes of Republic India and for his valuable consultation on the banknotes on the website.

Jayesh Gala, born and brought-up in Mumbai, is a well-known notaphilist with an enviable collection of Republic Indian Banknotes with prefixes and those depicting mystical numbers. His fascination with Indian Paper Money began as a childhood hobby and enabled him to follow his passion as he built his business in notaphily in 2008. His increasing passion turned into research and in 2011, he co-authored the book, A Standard Guide to Indian Paper Money, which covered banknotes, issued between 1947 and 2010 and has been described as a brilliant source of information for types and prefixes of Indian paper money.

In 2012, he penned down 'Fancy Numbers Power N Mystic'; a book which is a goldmine of knowledge and research. The book covers a unique subject in the field of notaphily and throws light upon the mystical world hidden in the serial numbers printed on Indian paper money and describes 48 types of mystical numbers.

Mintage world would like to thank Mr. Rezwan Razack for granting us the permission to use images from his vast and wonderful collection of paper notes of India. His collection includes all banknotes issued by British India.

Rezwan is the Co-Founder and Managing Director of India's most recognized real estate company, The Prestige Group. Having commenced on this tremendous journey with this older brother Irfan, the family-owned retail business which began 33 years ago, has blossomed into a successful empire. Prestige Group has an array of projects ranging from

Rezwan played a key role in the company's IPO by entering the capital market in 2010. The company holds the ownership and developmental rights for the 57.36 million sqft. projects which are under various stages of development. Rezwan is also India's most well know notaphilist, with an enviable collection of bank notes and paper money that he has built over the last 40 years. With his in-depth knowledge on the subject, Rezwan has co-authored a collector's edition book 'The Revised Standard References Guide to Indian Money'. Currently, he is the Chairman of The International Bank Note - India Banknote Collectors' Chapter.

Rezwan has been awarded the 2010 Achievement Award by the International Bank Note Society for his significant contribution to the Advancement of Numismatic Knowledge with his article' 'Banknotes of Portuguese India.' Rezwan also won the Fred Philipson Award for the best article in IBNS journal 2010. The Governor General of Canada, His Excellency, the Right Honourable David Johnston, during his state visit in 2014 awarded a Medallion and Scroll to Rezwan. He is also an avid golfer, a food enthusiast, and a traveller.

We acknowledge with thanks various individuals, institutions, govt museums and numismatic societies for images.

We thank all of our Collectors, even those whose name we might have missed by oversight. If you spot any discrepancies, please let us know. We will duly acknowledge. 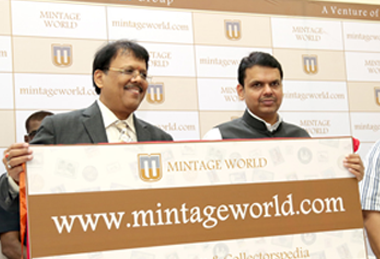