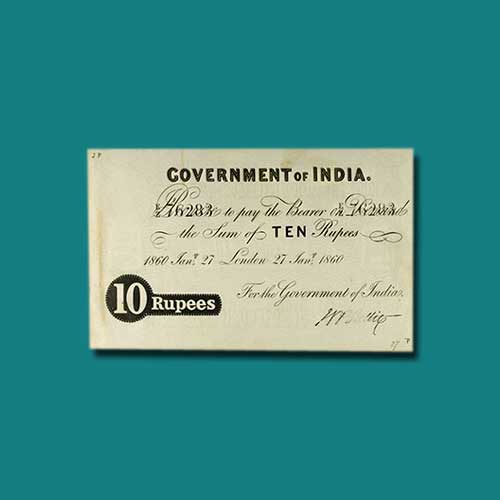 An auction of several amazing world banknotes was organised by Spink on 17th and 18th April. A 10 Rupees Progressive Proof issued in India between 1858 and 1860, graded PMG 63 Choice Uncirculated was sold for £100,800, 20 times more than its estimated value. The rare banknote was issued when the power over India was slowly shifting from the hands of East India Company to direct British rule.