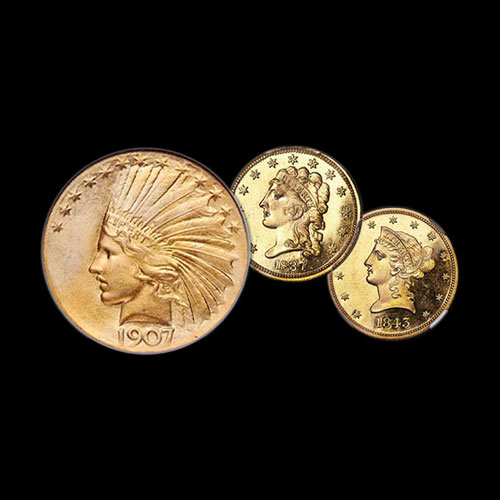 Heritage Auctions sold many interesting rare coins for almost $45.5 million during ANA World’s Fair of Money that was held from 14th to 18th August in Chicago. The finest known 1837 proof quarter eagle, graded PCGS Proof 66+ Deep Cameo was sold for $576,000. It was once a part of the esteemed Eliasberg and Bass collections. The finest 1843 Eagle graded Proof 64 Deep Cameo, sold for $480,000. The finest known and rare 1907 Wire Rim Eagle graded MS68 by NGC was sold for $432,000. These three coins belonged to the Joan Zieg Steinbrenner Collection.

A 1911 Pattern Dollar, known as the Emperor of a Canadian Numismatics, graded PCGS Specimen 64 was sold for $550,000. Only two coins of this type exist today and this is the only example that is held privately. A 1921 half dollar, known as the King of Canadian Coins, graded MS66 by PCGS, was sold for $240,000. A 1936 “Dot” Cent, graded PCGS SP65 Red and Brown, was sold for $312,000. Only three coins of this type are known to collectors. These Canadian rarities belonged to the George Hans Cook collection.