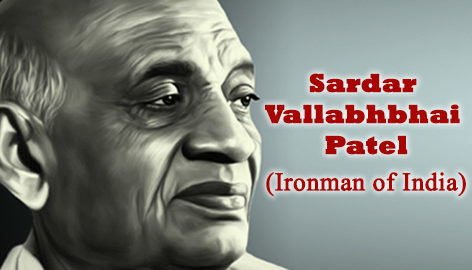 Born on 31st October 1875 in (Nadiad) Gujarat, Sardar Vallabhbhai Patel was a simple man who took on the hard job of amalgamating over 552 Princely States into one nation, India! Known as the ‘Iron Man’ of India, Sardar Patel lived a simple life and had very good diplomatic skills. Today let’s see how and why Sardar Patel got the epithet of ‘Iron Man’!

Pre Independence India comprised of territories administered by different colonial powers like British, France and Portugal. Some of these territories were directly ruled by these colonial powers, others were under their suzerainty with the control over their internal affairs remaining in the hands of the hereditary rulers; while some others were independent princely states.

The political integration of these territories into India was very important to build the nation. With the partition of the country into Dominions of India and Pakistan, the main task at hand was to secure the alliance of these princely states and peacefully merge them with the newly formed Dominion of India. 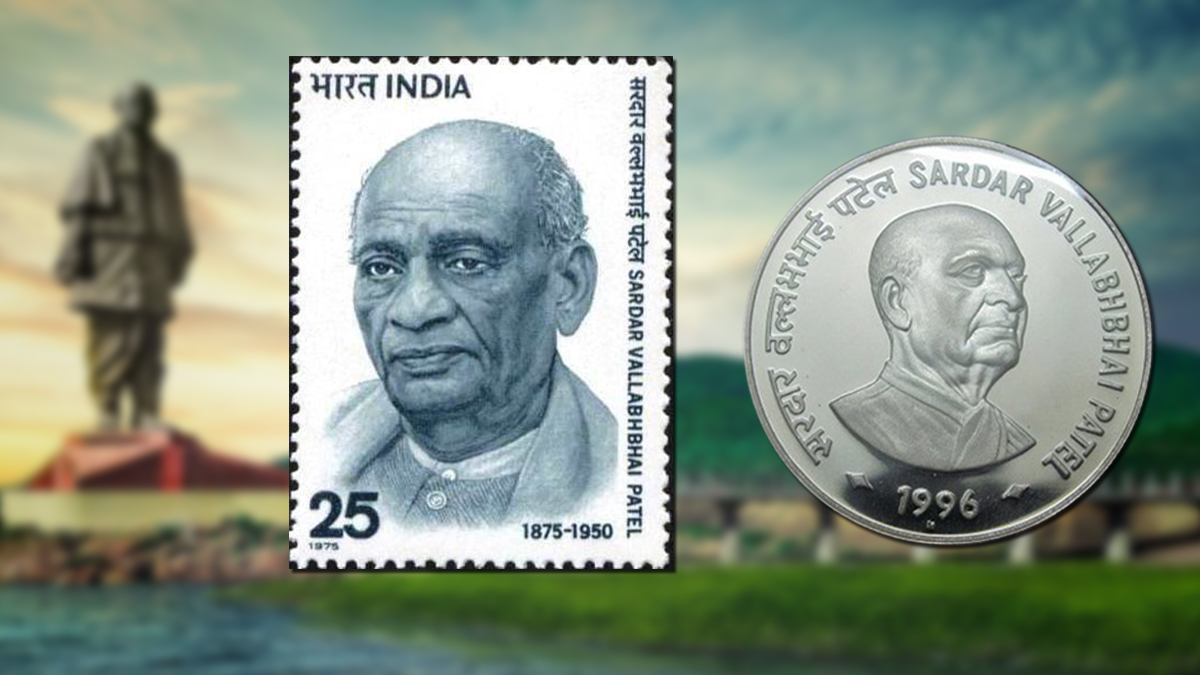 Sardar Patel along with his brilliant secretary, VP Menon, was the one who took up the challenge of unifying these princely states. By using the policy of ‘Saam-Daam-Dand-Bhed’ (friendship, give-and-take, punishment, and divide-and-rule) he took on the mammoth task and helped build our nation with an Iron fist!

As one of the features of the Indian Independence Act, the Princely States of India were given autonomy in deciding if they wanted to join India or Pakistan or wished to remain independent.

Sardar Vallabhbhai Patel convinced the rulers of the various princely states to accede to India. It was a long process that involved securing the accession and extending the central government’s authority over these states and transforming their administration. Though most of the states integrated into India, there were a few that posed a problem.

By 15th of August 1947, most of the princely states had amalgamated with India albeit Bhopal and Travancore which posed minor problems. But Piploda, a small state in central India delayed signing the Instrument of Accession and did not accede to India until March 1948.

However the biggest problems arose with Jodhpur, which tried to negotiate better deals with Pakistan, with Junagadh, which actually did accede to Pakistan, and with Hyderabad and Kashmir, both of which declared that they intended to remain independent. 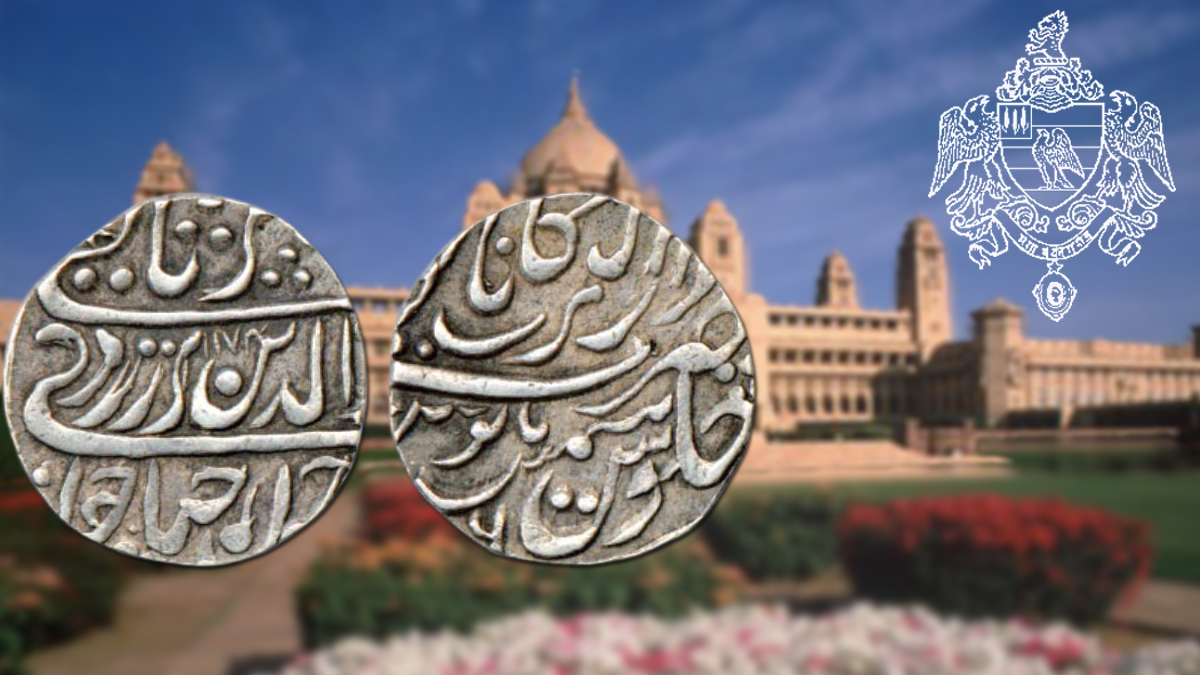 Being a border state, Jodhpur Princely State tried to negotiate better deals with Pakistan. Hanwant Singh, the King of Jodhpur, came close to signing. However, the atmosphere in Jodhpur was in general hostile to accession to Pakistan.

Seeing the risks in the border state acceding to Pakistan, Sardar Patel immediately met Hanwant Singh and assured him that importing of arms would be allowed, Jodhpur would be connected to Kathiawar by rail and that India would supply grain to the IPS during famines. Following these arguments, Hanwant Singh decided to amalgamate with India. 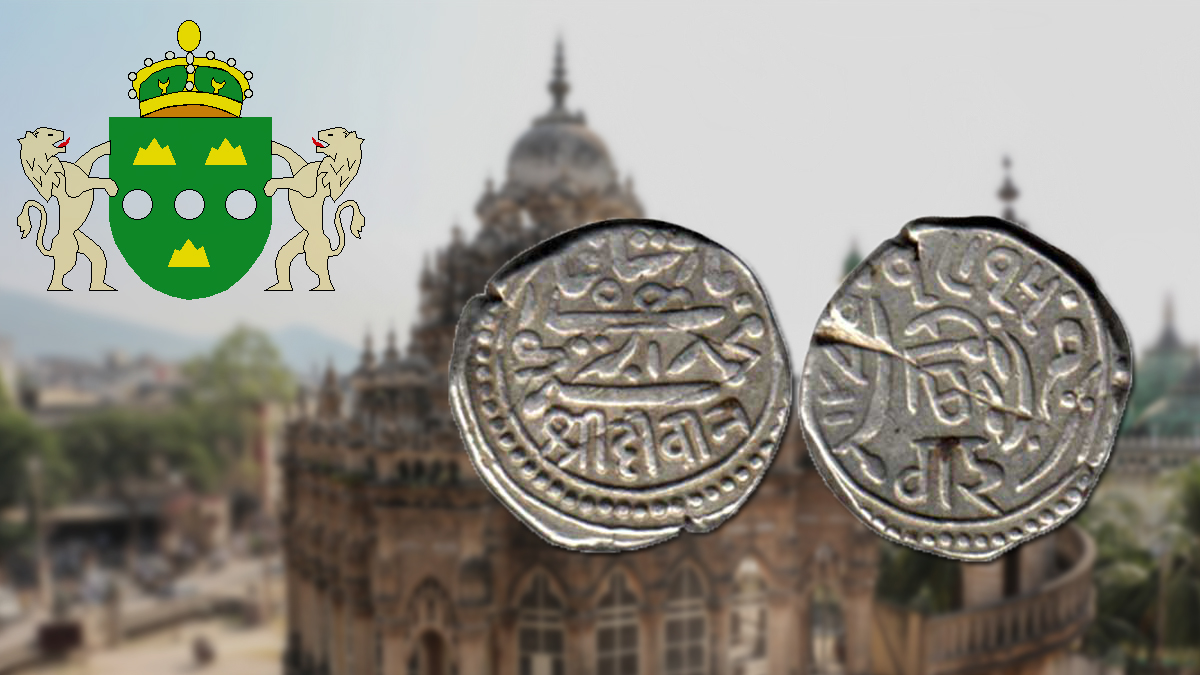 Although the India Independence Act allowed in theory the freedom to the Princely States to choose whether they wished to accede to India or Pakistan, Mountbatten had pointed out that “geographic compulsions” meant that most of them must choose India. In effect, he took the position that only the states that shared a border with newly formed Dominion of Pakistan could choose to accede to it.

Junagadh was a Princely State in the southern part of Saurashtra, now in modern day state of Gujarat. However the Nawab of Junagarh chose to accede to Pakistan ignoring Mountbatten’s views. Having no common border with Pakistan, he argued that it could be reached from Pakistan by sea. The last Babi dynasty ruler of Junagarh, Mohammad Mahabat Khanji III, decided to merge state into the newly formed Pakistan.

Following a revolt by his subjects, as majority were Hindus, a plebiscite was held which resulted in the integration of the Princely State of Junagadh with India. Simultaneously, the government cut off supplies of fuel and coal to Junagadh, severed air and postal links, sent troops to the frontier, and reoccupied the principalities of Mangrol and Babariawad (suzerainties of Junagadh that declared independence from the state) had acceded to India. Finally the Nawab and his family fled to Pakistan to get asylum and settled there. 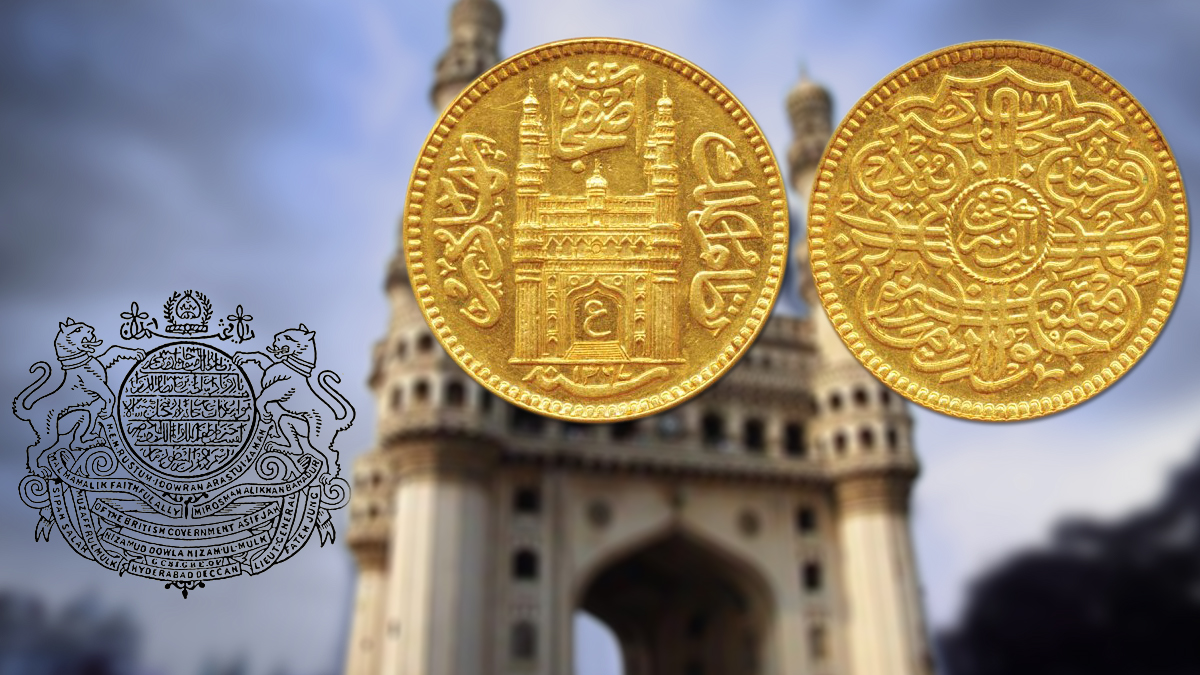 Located in the south-central region with its capital at the city of Hyderabad, the IPS of Hyderabad was the largest Princely State of India. At the time of Indian independence, the State of Hyderabad insisted on being independent and considered declaring itself as the Muslim elite state.

Accordingly in June 1947, the Nizam issued a firman declaring that on the transfer of power Hyderabad would be assuming independence and will stand on the same footing as that of India and Pakistan as an independent nation. He also was considering joining his Muslim elite state with the newly carved out nation of Pakistan.

But owing to the strategic location of Hyderabad, which lay in between the north and south of India, the Government of India rejected the firman. This decision of the Nizam also affected the national security of India. It was also pointed out that the “common interests” lay in the integration of the state into India.

After a lot of negotiations, things took a turn for the worse when armed fanatics (called Razakars) unleashed violence targeted at Hyderabad’s Hindu residents.

On September 17, 1948, Indian forces marched into Hyderabad under what came to be known as ‘Operation Polo’. Nizam finally declared to surrender on 17th September 1948. And after a full 13 months after Indian independence it was decided that Hyderabad will be absorbed in the Indian Union.

Hyderabad as a state of India came into existence on 24th November 1949 and following the States Reorganisation Act, Hyderabad State was merged with Andhra State in 1956 and renamed Andhra Pradesh. Today the city of Hyderabad is the part of Telangana.

It’s interesting to note that Hyderabad was the only Indian Princely state that was permitted to continue issuing its own currency after joining the Indian Federation in 1948 and the Republic of India in 1950. The banknotes of Hyderabad continued to be issued and used until 1953 under the last Nizam of Hyderabad, Mir Osman Ali Khan. 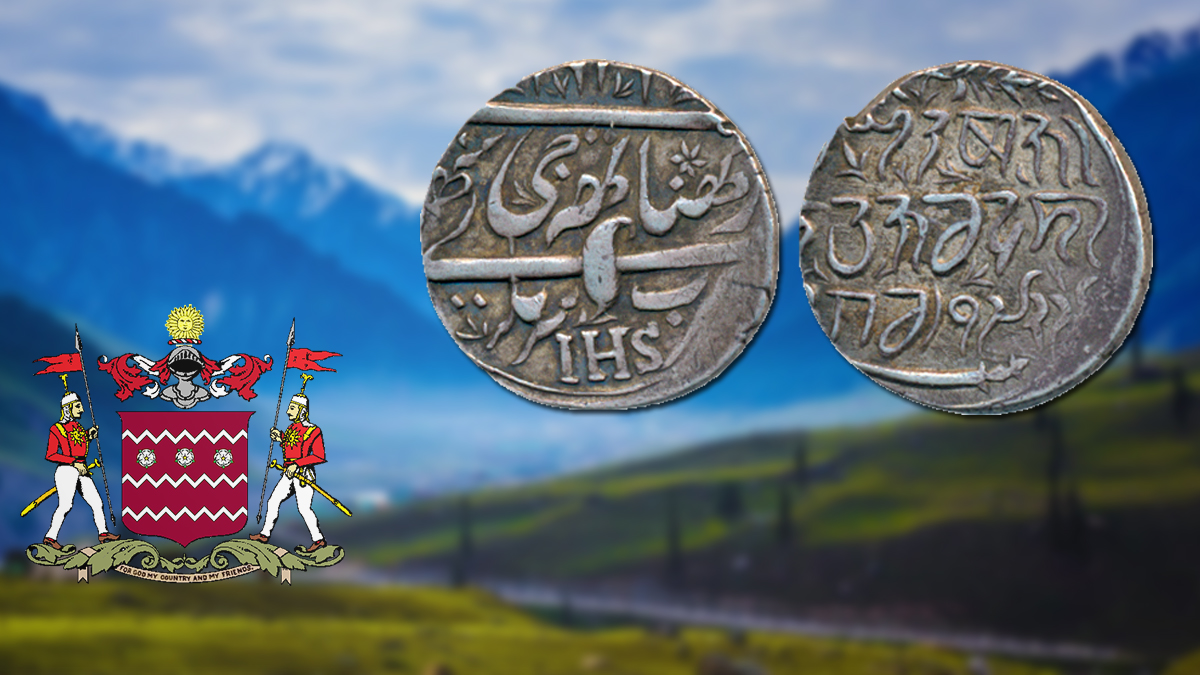 At the time of the transfer of power, Kashmir was ruled by Maharaja Hari Singh, a Hindu, although the state itself had a Muslim majority. The state had remained reluctant to join either of the two dominions. The case of this strategically-located kingdom was not just very different but also one of the toughest as it had important international boundaries — to the east was Tibet, to the northeast lay China and to the northwest was Afghanistan.

Knowing Pakistan’s intentions and the strategic location of Kashmir, Sardar Patel took a series of steps immediately. Planes were diverted to Delhi-Srinagar route, telephone and telegraph lines were laid between Pathankot, Amritsar and Jammu as well, the Indian Army too was placed in an advantageous position.

On October 22, 1947, over 5,000 Pakistani lashkar Army, invaded Kashmir and two days later, a desperate Maharaja Hari Singh offered to accede to India in return for immediate military assistance. The Indian troops reached Kashmir but cease fire was declared and later the Kashmir issue was taken to the UN. The northern and western portions of Kashmir came under Pakistan’s control in 1947.

However, on October 26 1947, VP Menon flew to Jammu and got the Instrument of Accession signed by the Maharaja, thus completing the accession of Jammu & Kashmir into India.

We might know the stories of these Princely States, but what most of us don’t know is that the picturesque island of Lakshadweep was almost lost to Pakistan. The attempts of the Pakistani Navy to seize Lakshadweep were thwarted when Patel acted immediately and sent Indian naval ships to defend the island.

Indeed we owe so much to this Iron Man of India and his team. To the astonishment of his critics and fellow politicians, almost within a year, he drew a new map of India with every Princely State being a part of the Indian Union and thus, paved the way for cultural unity and harmony.

“We have to shed mutual bickering, shed the difference of being high or low and develop the sense of equality…We have to live like the children of the same father”.

Variously hailed as the Iron Man of India, Mahatma’s Muscle Man, Lenin of Bardoli, Chanakya-cum-Bismarck and savior and architect of New India, Sardar Patel was a robust statesman, who was responsible for shaping India’s destiny during as well as after the freedom struggle. The Life Story of Sardar Patel is certainly inspiring!