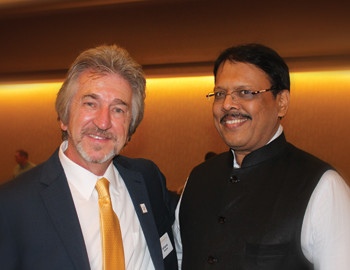 Though Mintage World is a venture that was established by an Indian Company – Ultra Group of Industries, it has managed to cross borders and win the hearts of many. It was a defining moment when Team Mintage World participated in one of the World’s Most Awaited Currency Shows – World’s Fair of Money 2016 that was held from 9th to 13th August at Anaheim, California.