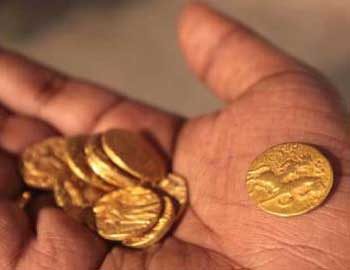 The advent of the Common Era brought the rule of the illustrious Kushan and the Gupta empires. When the mighty Kushan Empire crumbled, many small kingdoms acquired territories. One such was the Gupta dynasty. Starting from a small kingdom in Magadha in the late 3rd century CE, the Guptas gradually extended their rule over a large part of Southern Asia. Under the able and strong leadership of many rulers, this dynasty grew and became deeply rooted in the Indian subcontinent. The empire at its paramount included all of northern India from the Indus in the west to the Brahmaputra in the east and in the south it extended along the eastern coast of the Indian peninsula.