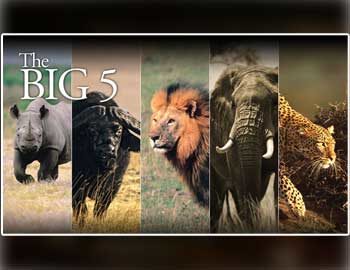 Have you heard of the “the Big Five”? The Big Five of Africa are the much-loved five large African mammals! The South African Big Five are; lion, leopard, elephant, rhino, and buffalo.

These five wild animals were originally termed ‘the Big Five’ by big game hunters who found them to be the most difficult and dangerous African animals to hunt on foot. In the nineteenth and early twentieth centuries, everyone from European royalty to American presidents wanted to bag an African hunting trophy. These hunting trends led to their dwindling numbers.

African lions, leopards, and elephants are all classed as Vulnerable by the International Union for the Conservation of Nature. The black rhinoceros is Critically Endangered and the Southern white rhino is Near Threatened, while the Northern white rhino went extinct last year in March. The Cape buffalo is of the least concern in terms of conservation, but this also makes it the most popular animal to hunt. Hunting, poaching, and habitat loss combined mean the Cape buffalo’s population is also on the decline. But a more pressing issue at sight is the conservation of these South African Big Five!

In an attempt to create awareness the South African Reserve Bank has issued a wildlife series which depict “the Big Five” animals of the African jungles on the banknotes! Since the early 1990s, the South African banknotes have been adorned with colourful images of wildlife. But this new series proudly boasts the ‘Big Five’ that are frequently used in the African safari industry, where sightings, encounters and photo opportunities of these heavyweights are highly sought-after.

Given that these formidable five are constantly in the spotlight, here are some amazing facts about each of Africa’s Big Five stars and their banknotes! The current South African bank notes feature each of the so-called Big Five — the rhinoceros, elephant, lion, buffalo, and leopard. On the reverse is an iconic portrait of late president Nelson Mandela. Let’s have a look at each one of them. 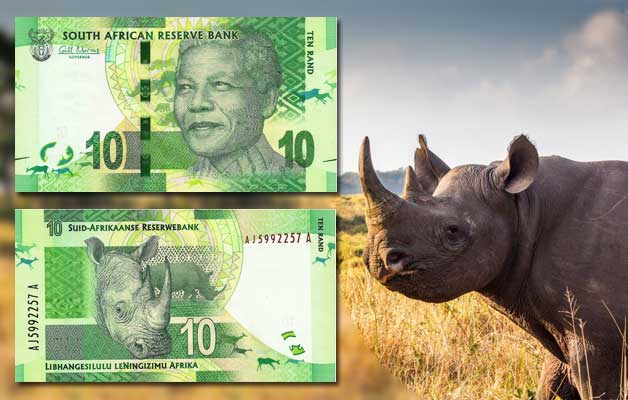 The rhino is a powerful animal which makes up the family Rhinocerotidae. Only five species now exis: two in tropical Africa and three in Asia and the Malay Archipelago. South Africa has both the African black rhinoceros and the white rhinoceros. The former is a two-horned species found on mountain sides south of Ethiopia and in Savannahs.

Rhinos have been declared an endangered animal, as they are being killed for their horns.  A large market exists in Asia for their horns, which are used medicinally and as an aphrodisiac. Some are also used in artistic carvings, much as is elephant ivory. 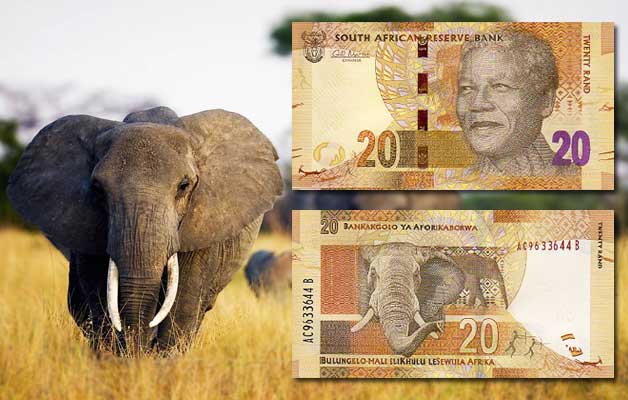 The largest terrestrial animal on the planet and a vegetarian to boot, elephants are known for their intelligence. The African elephant grows to 4 metre (15 feet) in height and can easily consume up to 200 kg or 440 pounds of forage per day, drinking up to 190 litres of water.  Elephants have a keen sense of smell, but their hearing and eyesight is not so good.  Elephants mature at 20 years of age and can live as long as humans.

African elephants were moved from Endangered in 1996 to Vulnerable in 2004, remaining Vulnerable to date. Illegal hunting and ivory trade, loss of habitat and human activity see 30,000 – 40,000 elephants slaughtered every year severely jeopardising their chances for survival into the next generation. 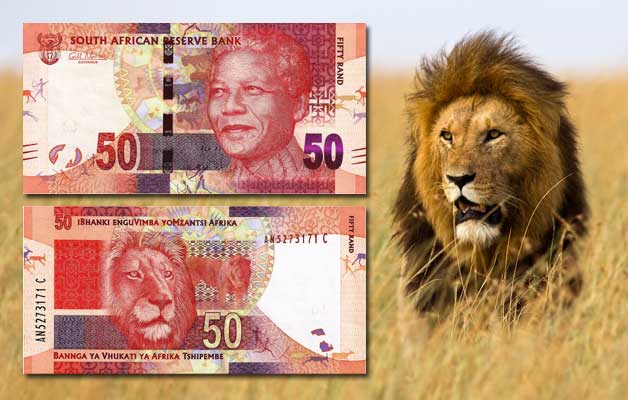 This powerful and beautiful beast comes from the same family as the cheetah, namely Felidae. They usually live 8 to 10 years but in captivit,y they can live for more than 25 years.  Although the male lion is the king of the beasts, the female does most of the stalking and killing of prey. She is also the centre of the lion pride.

These tawny, yellow-coated animals, once common in parts of Europe, Asia and Africa, today are only found in protected areas such as the Gir Forest, a wildlife sanctuary in India and south of the Sahara in Africa.  Lions are territorial, defensive animals that dislike dense forestation and prefer thorn bush country and open grassy plains.  The male lion has beautiful mane hair anda larger frame than the lioness.

Did you know, Lions spend most of their time sleeping – these big cats sleep up to 20 hours a day! 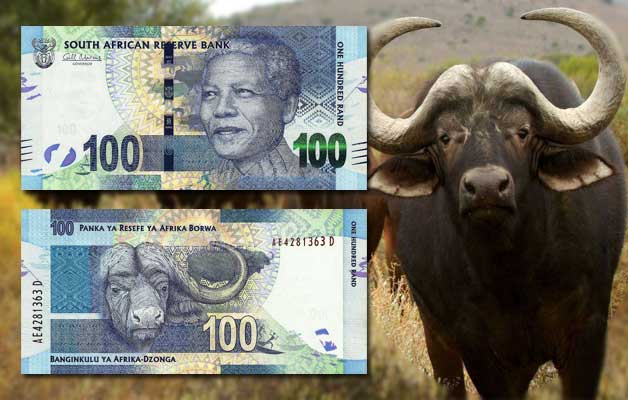 This is the least obvious and most often a forgotten member of the Big Five, a formidable-looking herbivore. The buffalo which belongs to the family Bovidae, is a cud-chewing animal.

African buffalo include the dwarf forest buffalo and Cape buffalo, which are of the same species.  The dwarf forest buffalo live in forested areas of western and central Africa and has horns about 76 centimetres long that curve backwards.  The Cape buffalo is found mostly in southern and central Africa and is noted for horns that have massive bases at a length of about 1 metre.

Did you know, Buffalos are said to have killed more hunters in Africa than any other animal. They still kill over 200 people every year earning them the reputation and nickname of ‘Black Death’ and ‘Widow Maker’! In spite of this, they are still hunted for trophies and a hunting tourist will pay up to $10 000 for a buffalo.

African buffalos have been listed as Least Concern (LC) since 2008 but the population is steadily decreasing due to loss of habitat and human activity. 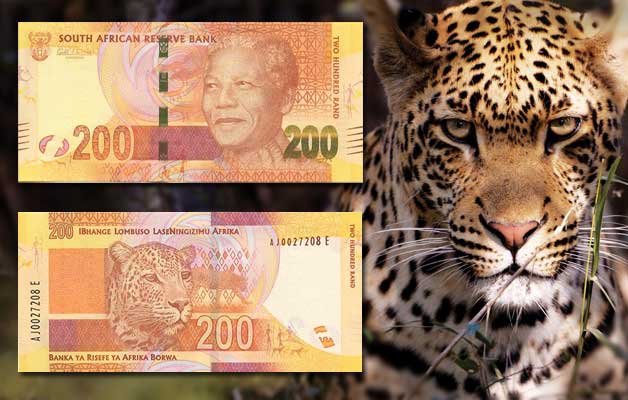 The leopard is the third largest member of the cat family and experienced hunters regard them as the most dangerous animals of the wild.  A leopards coat is light tan in colour with black spots. Its fur is much sought-after by makers of coats in the fashion industry. The female usually gives birth to 2-4 cubs, but show none of the lion’s family instincts and togetherness. They prefer to live alone and only get together during the mating season.

Leopards are found in most game parks in South Africa and are agile tree climbers, although they do not live in trees. Leopards can drag prey weighing up to three times their own body weight up into trees over 20 feet (6 meters) tall and they can also hunt from trees. Leopards even nap in trees! Known for their power and grace leopards are stealthy nocturnal predators with excellent night vision.

Many leopard sub-populations are endangered with an overall dramatic decrease in numbers due to human activities.

Though economic development often eats into the natural environment and is seldom associated with conservation and sustainability, the presence of these animals on South African money is an important reminder of the country’s commitment towards their environment. Let’s hope the whole world takes nature seriously.

“Nature is a place to visit. It’s our home!”