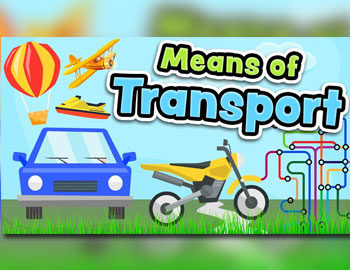 By land, by air, or by water! What’s your favourite transportation system? The history of transport is not only one of the technological innovations but also of mobility that brought out human progress. Advances in technology have allowed people to travel farther, explore more territory, and expand their influence over larger and larger areas.

As new we invented and discovered new ways to travel, time decreased while the ability to move more and larger loads increased. With continuing development in transport facilities, we are finding new ways to reduce costs and increase transport efficiency.

A proper, extensive and efficient transport is a key factor to social, regional and economic development. It is through this that the people connect with one another leading to progress and social integration.

Understanding the need and the importance of various transportation systems in our country, India Post had released its mega stamp issue on means of transport on 25th March 2017. This “Means of Transport through the ages on stamps” includes  20 stamps, six sheetlets, and four miniature sheets. 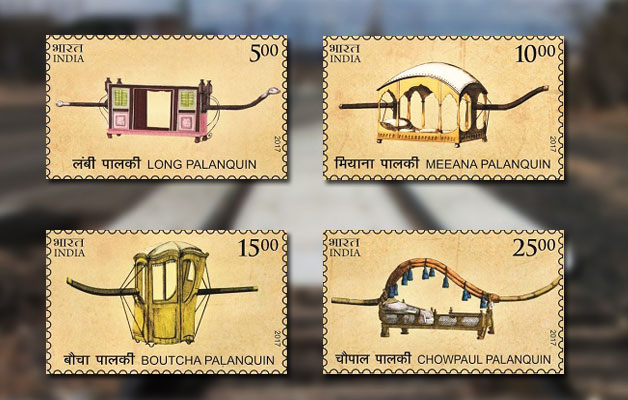 The first amongst this evolution of stamps is the “wheel-less vehicles” more commonly known as “palkhis” in India. These covered litters are usually for one passenger, carried by bearers. It was a type of human-powered transport. The word is derived from the Sanskrit “palyanka”. The palkhis vary in size and grandeur.

Did you know that in the early 19th century, the most prevalent mode of long-distance transport for the affluent class was by palanquin?

The Post Office could arrange, with a few days notice, relays of bearers to convey a traveler’s palanquin between stages or stations. The distance between these in the government’s dak system averaged about 10 miles and could be covered in three hours. A passenger could travel straight through or break their journey at dak bungalows located at certain stations. Interesting isn’t it?

The four stamps depict a different variety of palkhis on them. A “Lambi Palki” or a “Long Palanquin” which is open on two sides is depicted on 5 Rupee stamp. The second 10 rupee stamp depicts a “Meeyana Palki” which is a Palanquin open on all sides. A “Boutcha Palki” which is open on four sides and has a comfortable chair is depicted on 15 rupee stamp. The fourth stamp of 25 rupees depicts a “Chaupal Palki” or a “Chowpaul Palanquin” open on the sides and is more of a porter carried “bed”. 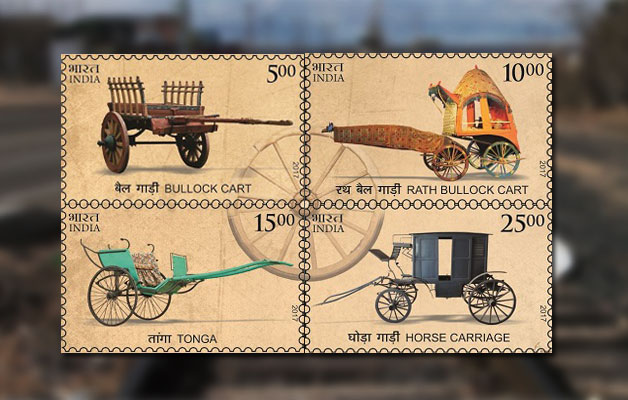 The second set of four stamps depicts different models of animal-drawn carriages and carts used for transport. It is a means of transportation used since ancient times in many parts of the world. Carts and carriages are still used today where modern vehicles are too expensive. Used especially for carrying goods, these carts are pulled by one or several load-bearing animals like bullocks, oxen, horses etc. Traditionally, the cargo is usually agrarian goods and lumber. 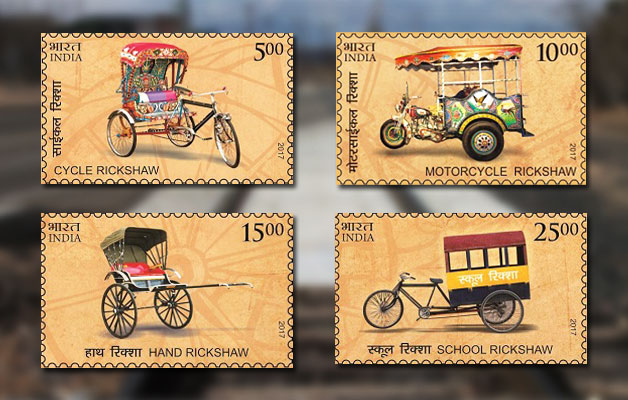 Further development in the means of transportation can be seen when Rickshaws appeared in India. They were first seen in Shimla and then some 20 years later in Kolkata, where they were used by Chinese traders to transport goods. Around 1887, the Rickshaw was a two or three-wheeled passenger cart called a “Pulled Rickshaw”, generally pulled by one man with one passenger. Over time, Cycle Rickshaws, Auto Rickshaws, and School Rickshaws came into usage. 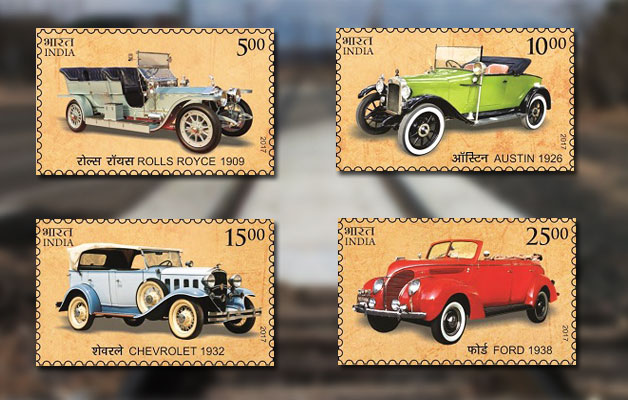 The fourth set of four stamps depicts the different models of Vintage Cars used for transport through the Ages. A vintage car is, in the most general sense, an old automobile, and in the narrower senses of car enthusiasts and collectors, it is a car from the period of 1919 to 1930.

The vintage era in the automotive world was a time of transition. These vehicular beauties and rarities are depicted on these “Means of Transport through the ages on stamps”. 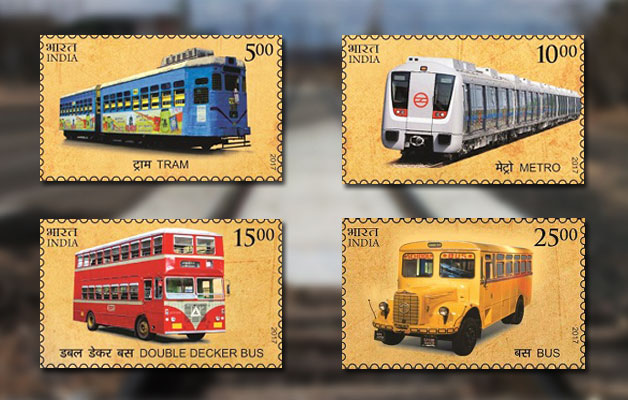 Public Transport is the lifeline of social mobility. Public transport is a transport of passengers by group travel systems available for use by the general public, typically managed on a schedule, operated on established routes. Most popular modes of public transport include trains, buses, trams, and airlines.

A well-known and coordinated system of transport plays an important role in the sustained economic growth of a country. Wasn’t it fun to trace the history transport through stamps?