When we were young all of us were ever so excited to watch the train storm past us. Running at a lightning speed, trains have always captured our imaginations as it goes by making a peculiar noise bound towards an unknown far away destination.

Did you know that India is the fourth largest railway network in the world comprising of 119,630 kilometers of total track with over 7,216 stations! Indian Railways also happens to be the world’s eighth-largest employer by number of employees (1.4 million).

Trains have become a part of our basic mode of transportation. And if you happen to live in Mumbai then it’s practically impossible to take trains out of your daily routine. Interestingly Mumbai Suburban Railways is an offshoot of the first railway to be built by the British in India, and is also the oldest railway system in Asia!

Interested to glimpse into the world of Indian Railways? What are you waiting for? Hop on this knowledge train, hope your have bought your tickets!

GIP No.1: The first ever railway of India which operated between Bombay and Thane in 1853 was pulled by one of the eight locomotive engines that were ordered to be made in the Vulcon Foundry in England. This GIP No.1 which is depicted on the 2 rupee stamp is representative of those first locomotive engines – GIP No.1 to GIP No. 8 – employed in India by the Great Indian Peninsular Railways (GIP).  These eight locomotives were manufactured in 1852 with their maker’s number 324-331 featuring on them.

Unfortunately no picture of this historic first train that hauled from Boribunder to Thana has survived and the commonly seen picture of a train crossing the Thane creek is that of test train hauled by an unidentified single locomotive. 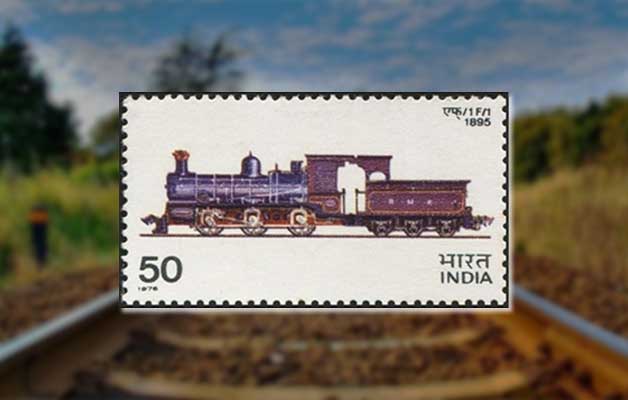 1 F/1: The engine which hauled most of the trains before Independence is depicted on this 50 Paise stamp. This F/1 locomotive which ran the metre gauge line from Delhi to Ajmer and from Ajmer to Indore and Ahmedabad were made in Dubs and Company at Glasgow in 1875. Later from 1895 they were also manufactured in Ajmer Railway workshop. The engine depicted on the stamp was manufactured in Ajmer.

The route these engines ran was called as the Rajputana-Malwa Railway which was later incorporated in the Bombay Baroda and Central Railways (B.B.C.I) in 1889 and into BBCI in 1900. A locomotive numbered ‘F-734’ was the first locomotive built in India built by the Ajmer workshop. 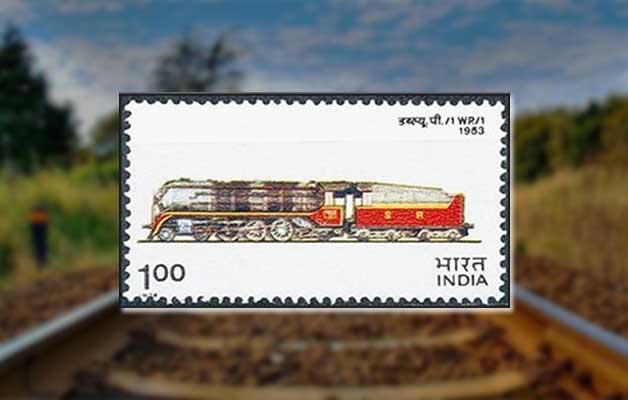 WP/1: The advancing technologies of the post-war times are very evident in these WP class locomotives. The designs are the outcome of detailed studying of the previous models and are incorporated with efficient mechanical details. A number of proto-types were manufactured which went through many trails. These proto-types were built in United States in 1947 and after independence the manufacturing of these engines was done at Chittaranjan Locomotive Works from 1963. This standard-post-war board-gauge express locomotive of WP class 4-6-2 ‘Pacific Type’ is depicted on the Re. 1 stamp. 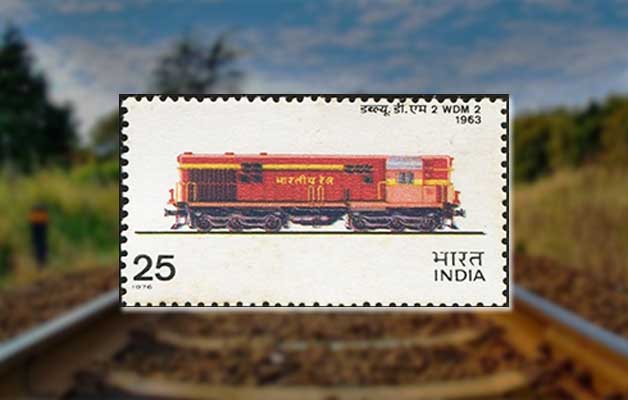 WDM2 Diesel: The most widely used diesel locomotive in India! This engine weighs around 113 tons and pulls the mail trains with 18 coaches! Nearly 56 % of the total freight traffic (mail trains) on the Indian Railways and important mail and express trains are hauled by this Diesel Locomotive. These locomotives are manufactured at the Diesel Locomotive Works at Varanasi since 1964 and the Locomotive Works has a capacity to manufacture 120 such locomotives per year!

The first units were imported fully built from the American Locomotive Company (Alco) in 1962. The model name stands for broad gauge (W), diesel (D), mixed traffic (M) engine. These engines have ruled the Indian tracks since the early 1960s when Indian Railways began conversion of its mainline from steam to diesel locomotives.

Interesting all of this is, isn’t it? And if you are still as fascinated with trains as when you were young, these train stamps are ‘a-must-haves’ for you. Something like your very own “Thomas the Tank Engine’ collection!

View all posts by Team Mintage World →
One thought on “Rail Gadi: Indian Locomotives on stamps!”