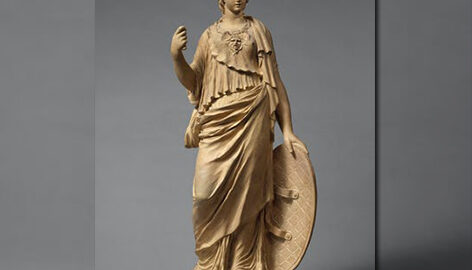 The canons of the Roman Goddesses are quite famous and powerful as their male counterpart. The pantheons of these goddesses are often associated with their Greek equivalents and it is often distinguished through there attires and attributes. Mythological stories of these goddesses play a significant role in different religious rituals in Rome. Ancient Rome is full of spirituality, but we generally hear more about the Roman gods than the female deities. To highlight the importance of Roman goddess, a list of Goddesses on the Roman coins are put forth to unveil their divine nature, their strength, and their beauty which will surely leave you mesmerized!

In ancient time, most cities had their own patron goddess; it was believed that these divine female watch over and protect their respective cities. These deities often personify the cities or states which are mostly named after them. In the case of Rome, it was the goddess Roma.

Roma first appeared on Roman coinage in 220 BC. She is often illustrated wearing a helmet as the goddess and protector of Rome. On Empire coinage, she is depicted usually in full length wearing leather armour looking like a warlike figure.

On some denomination, she is shown holding a shield or leaning on a chair and brandishing a spear. She is also shown wearing a victory wreath and holding a sword or statuette of Nike, the goddess of Victory.

The identification of Goddess Roma on coins is often done by a legend ‘Roma’ on the coins. The above-shown coins are Denarius (1) denomination of the Roman Republic. This specimen shows a beautifully highlights Roma in series Goddesses on the Roman coins. 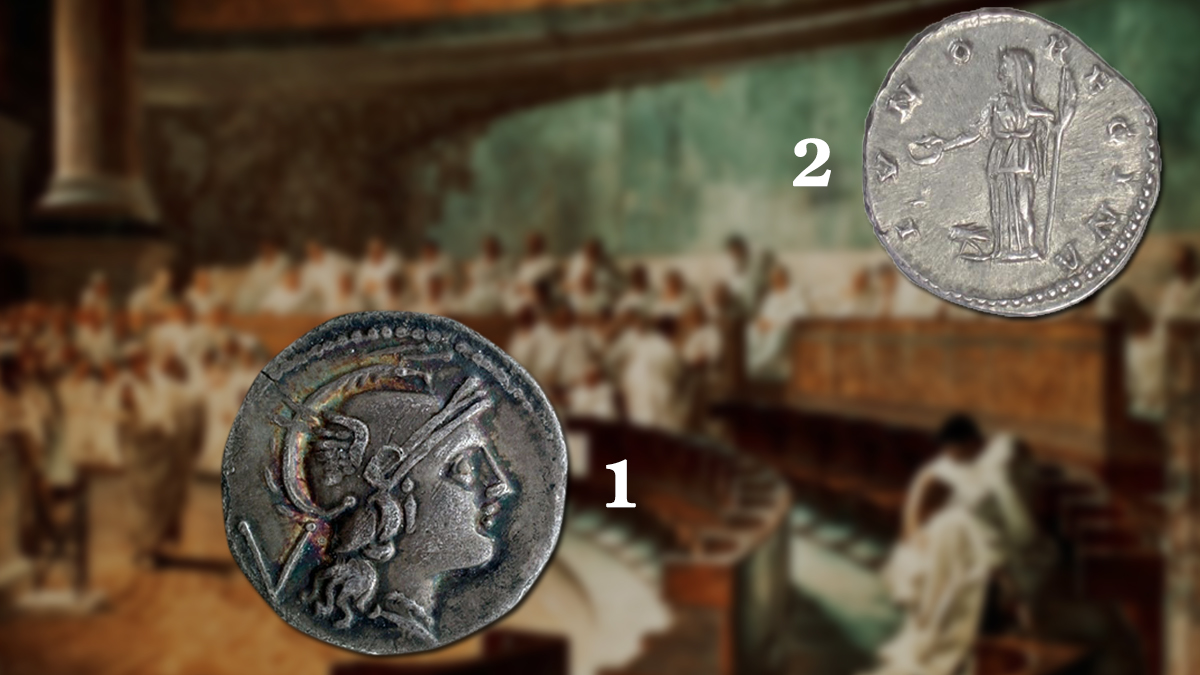 Goddess Juno is the queen of all the Roman God and Goddess, the Wife of Jupiter. She is the Roman equivalent of the Greek Goddess Hera. She is considered as counsellor and protector of the state.

Her traditional appearance gives her a warlike aspect. Also known as Juno Moneta, she is seen as guiding the finances of the Roman Empire. Furthermore, the month of June is named after her.

As the patron goddess of the Roman Empire, she was named “Regina” or queen and was a member of the Capitolina Triad in Rome, along with Jupiter and Minerva.

The silver denarius of moneyer Julia Maesa depicts Goddess Juno on the reverse side with Juno holding patera with a peacock beside her.

On Imperial coins, Juno was most commonly shown holding a patera, a shallow dish used in sacrifices, with a peacock below. The sacramental dish is usually tilted and the peacock seems to be looking upwards, so it is probable that it is being fed from the dish. Juno was not the only deity shown on Roman coins feeding a sacred creature. This coin is an impeccable specimen in the series of Goddesses on the Roman coins.

Luna, as the Romans called her, was the beautiful and bewitching Goddess of Moon. Together with Diana and Hecate, she formed a triad that represents heaven, earth, and the underworld.

Luna is also called Selene and Artemis in Greek mythology. This Moon goddess is often represented as the crescent moon on sculptures or coins. Luna is often depicted as pale women riding in a silver chariot across the sky. Her temple on the Aventine Hill in Rome was destroyed in the Great Fire around 64 C.E.

This Roman Republic silver Denarius (1) depicts Goddess Luna with crescent near her head; she is riding a Biga (chariot with two horses or bulls) with legend ‘Romano’ is depicted in the exergue.

Silver denarius is an attractive piece is the series of Goddesses on the Roman coins that illustrate the importance of goddess Luna in Roman culture. 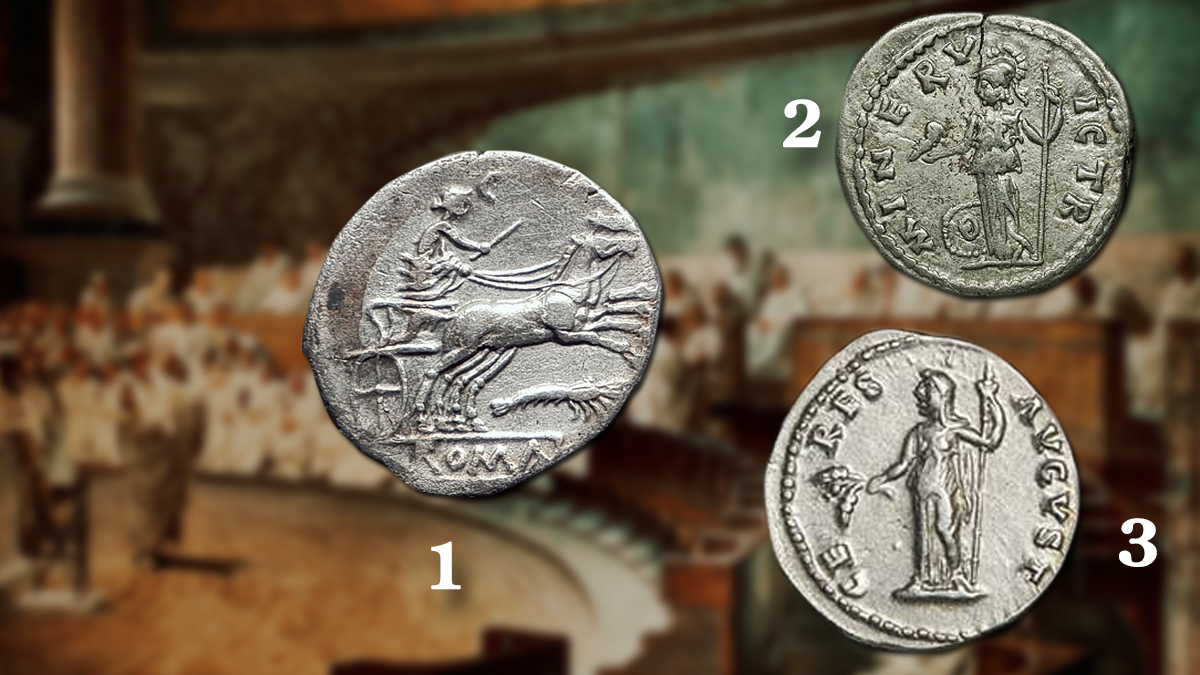 The Greco-Roman idea of ultimate Women is Goddess Minerva. Her counterpart is Greece is called Athena. This goddess personified the combination of masculine virtues in a female form that appealed to the people of this time.

Minerva is the goddess of wisdom, commerce, poetry, handicrafts, and even strategic warfare. Legend says he was born after breaking the head of Jupiter into two, as prophecy said that she will over through her father.

Goddess of Agriculture and Motherly Relationships is Goddess Ceres. This benevolent goddess was the only goddess to be involved in the day-to-day lives of ordinary people. She was the protector of maidenhood, womanhood, and motherhood.

According to the legend it is said, she taught mankind to cultivate crops. She is the wife of the king of Roman gods Jupiter.

The last coin in the image is the silver denarius of Septimius Severus depicts Ceres; she carries grain ears and a torch used when she descended into the underworld in search of her daughter Persephone.

In the above commentary, the five most important roman goddess of roman Parthenon are discussed. Each and every goddess have their own importance and significance. These Goddesses on the Roman coins are most featured divine females on the roman coins due to their significant job and position in the belief of the roman republic and imperial states.