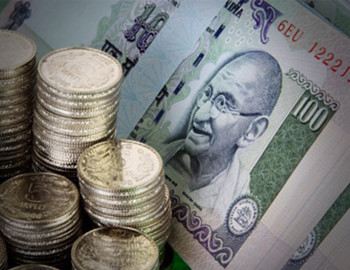 There have been various currency counterfeits flooding the markets for a long time. So now, one has to stay alert when handling currency notes or coins.  But how will you distinguish between the original and the fakes? Here are a few examples, keep a look out for some obvious signs of forged currency notes and coins!

Many-a-times the buyers are curious to buy rare and unique notes but end up buying the forged ones.  There is a little confusion in terms of the 5 Rupee note which has deer on the reverse.

Well…The original Five Rupee note signed by C D Deshmukh has only three deer on the reverse and the one which has five deer behind it is the forged one. 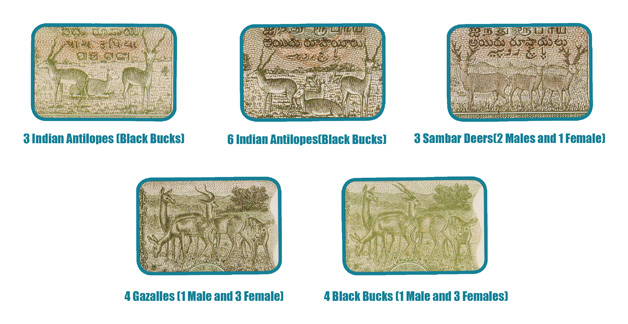 So next time check the number of deer on your notes! It’s time for you get alert. Well…there’s a saying “Don’t count your mangoes until they are ripe”.

Keep away from such fake currencies, start counting the deer!

We have found a forged note which has ‘East India Company’ on the front and states that it was signed by CD Deshmukh, having snake and eagle on the reverse. This note is historically inaccurate and a complete forge because the British East India Company was dissolved on 1st June 1874 while this note, which claims to be signed by C D Deshmukh (Governor of the Reserve Bank of India from 1943 to 1950), has over 60 years of a time difference.

After the dissolution of the British East India Company and King George V was in reign from 1910-1936. This note also has the portrait of King George V which confirms that the given note is complete counterfeit.

We don’t see this note in any auction or banknote catalogues. NOTE LIKE THIS WAS NEVER ISSUED! People get aware of this and please do not encourage forge notes like this.

Peacock, the most beautiful bird, is the national bird of India. But wait…What if we tell that even the peacock has been subjected to forgery? Yes, you heard it right!

A 10 Rs note has two peacocks on the back with some other animals around it. Again this note was forged by adding another peacock between them, so the forged note has three peacocks instead of two.

Observe the image given below; these are few of the examples of forgeries.

Similar to the peacock we have a forged 10 Rs note which has two boats on the back instead of one.

The mastermind of the forgers worked here! They took the advantage of the years when the 1 Rupee note was not issued and created counterfeit notes.

Well… Forged notes are easy to make, but have you ever heard about fake coins? There were rumors about the fake 10 Rupee coins surfing in the market. But this is not true. The RBI keeps issuing few different varieties of which the people were not aware. Various websites and other social media claim the following are the rumoured talks about the original and fake 10 Rupee coin in India.

The above-mentioned things are NOT TRUE. RBI has issued both the varieties of coins which are rumoured as fake. So next time you come across any of these 10 rupee coins accept it as they are original and are genuine issues of RBI. Because always remember that the cost of producing the fake currency coin is high when compared to production of fake currency notes.

However, the Reverse Bank of India is making efforts to address the problem of forged notes and coins periodically by improving the security features of Indian Banknotes. It detects the forged notes immediately on their entry into the banking system.

As many as 250 out of every 10 lakh notes in circulation are fake, according to the study conducted by the Indian Statistical Institute.

So, we would like to conclude by saying that these are the ways people use their intelligence in doing wrong things. So by seeing all these forgeries, we can notice one thing that all the forgeries that we saw today had something to do with the number of designs. Where designs can be appealing to some it can deceive you too…This all happens because we lack in observing things in our daily life. Printing or making forged notes is very common these days so we have to be extra alert while collecting.

How well do you observe the notes you hold in your hands? Have you ever been fooled by something like this?

Also, before collecting any rare or unique note make sure that you have enough knowledge about it. Get the needed information; check the catalogues and its genuineness.  Because as long as the greed is stronger than compassion, there will always be suffering!

Be alert and keep collecting!